Side by Side by Sondheim 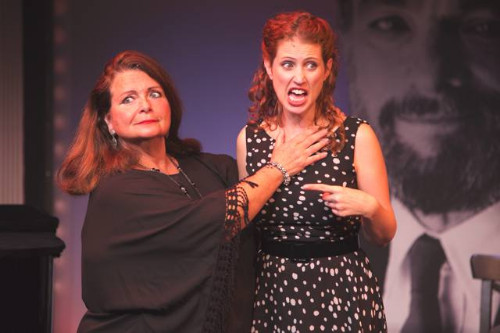 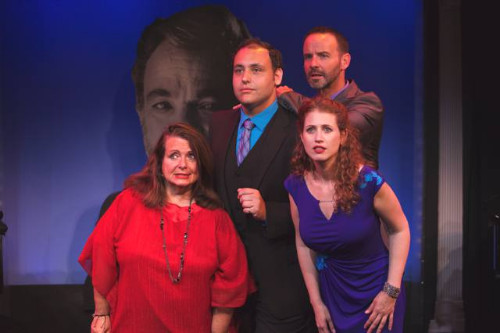 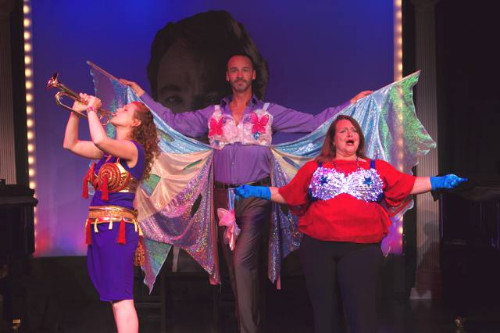 Stephen Sondheim is arguably the most influential American lyricist over the last 50 years; forever changing the face of the American musical genre.

Learning the craft at the knee of the great Oscar Hammerstein II as a young teenager, Sondheim became the face and the force of the modern American musical audience over the years. He captivated audiences and performers alike with his brilliant innovative and fresh approach on how to tell a theatrical story in words and music. Performers lined up to be cast in his shows. His supporters are legion. His canon is enormous.

The North Coast Repertory Theatre production of “Side By Side By Sondheim”, does Mr. Sondheim proud! That enormous canon is selectively and lovingly brought to life by four gifted and talented singer/actors in a 90 minute free flowing tribute to his genius under the inspired direction of North Coast artistic director David Ellenstein. With over 30 numbers that capture the memories, the moods, and the full range of the human experience, Ellenstein’s sensational cast just sizzle and shine on stage, both in solo turns and in two and three-part harmony ensemble numbers.

The four Equity artists bring a wealth of performing experience ranging from East Coast theatres, including Broadway, to West Coast stages and in between, with a dash of the international opera scene in the bargain.

Nicholas Mongiardo-Cooper as Narrator, Randall Dodge as the Man, Angelina Reaux as Woman 1, and Rena Strober as Woman 2, are accompanied by onstage pianist 1 and Musical Director Alby Potts and Pianist 2 Tom Abruzzo. It’s an ensemble group made in heaven for aficionados of Sondheim music and lyrics.

It’s really a treat to hear and see singers diaphragmatically breathe while performing. The tone and clarity of the lyrics is enhanced as well as the music when artists employ their training. Alas, we don’t see enough that these days. If one sings in the shower and their friends tell them how great they sounded last night in the bar that apparently is all of the training they want to endure. Pity. Many a short career lies ahead for tyros.

Not so with this wonderful group of pros. There are so many beautiful, poignant, and memory-inducing moments in this dazzling production that it is difficult to list them all. However, there are always favorite numbers that hit their emotional marks and are felt by all audiences.

My personal faves in this show were: “If Momma Was Married” sung in two-part harmony by Angelina Reaux and Rena Strober; “Getting Married Today” by Rena Strober is the breath-challenging number that never fails to get applause at its conclusion; “Can That Boy Foxtrot” by Reaux and Strober is a clever little ditty of double entendres that bring smiles to the faces of the singers as well as the audience. “Barcelona” by Dodge and Strober hit a chord with many in the audience if the knowing laughs I heard from the audience were any indication.

Angelina Reaux’s rendition of “I Never Do Anything Twice”, with more trills than a bird aviary, plus her emotionally-haunting “Send in the Clowns” number were two show stoppers among many. Mongiardo-Cooper and Dodge made the number “Beautiful Girls” from Follies come alive once more. Reaux and Strober’s electrifying “A Boy Like That” from “Westside Story” makes the hair on one’s nape of the neck quiver with emotion. Mongiardo-Cooper’s rendition of “Being Alive” is powerful and moving. Strober’s “Losing My Mind” is another love song that goes to the core of love and marriage relationships; a leitmotif present in many of Sondheim scores and shows. It’s great stuff not to be missed!

It’s a splendid and entertaining evening of theatre that will last in one’s memory throughout the entire summer. “Side by Side by Sondheim” performs at North Coast Repertory Theatre through August 16, 2015.