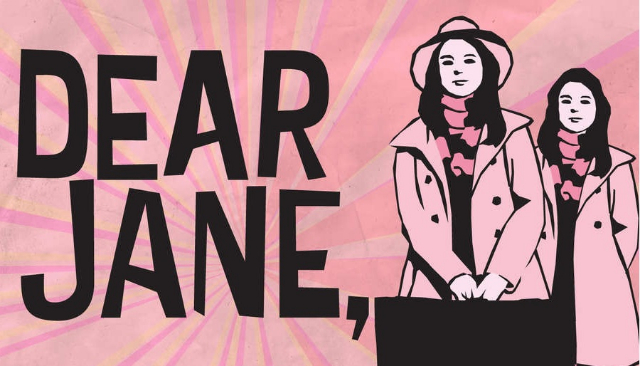 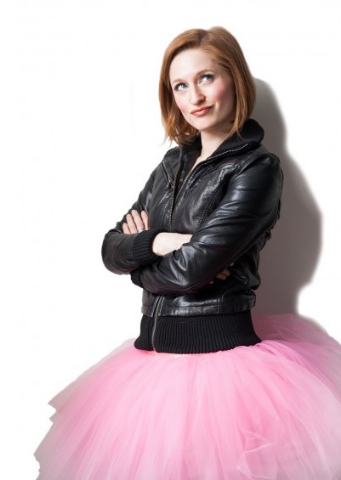 In her play, Dear Jane, Joan Beber digs bravely into her relationship with a deceased twin sister. Seamlessly directed by Katrin Hilbe, Dear Jane visualizes the playwright’s reflections on her life in the shadow of death. Three generations materialize as a collage of impressionist recollections. Both script and production subtly remind us that Ms. Beber is a visual artist.

Formed as a letter to her deceased sibling, Beber creates many memorable characters.

There is twin Julie, played with a subtle grace by Jenny Piersol, who knits the show together as she types the work we are watching. Piersol has to balance a lost soul with poor taste in men and her role as a mother trying to help her growing daughter Jill.

As Jill, Santina Umbach is a petite fireball who struggles with ballet classes and her mother’s men, among them her own father. She brings considerable stage presence and poignancy to her growth from child to woman. Her own child, a son played by Brandon Timmons, dances his way through troubles.

Director Hilbe masterfully weaves the various dramatic moments together, careful to keep the actors in character and always energized. She adds some delightful touches as scenes became stylized gesture moments. Sex was notably treated this way. Here partners seem to be in a formal dance of passion instead of a battle with the sheets.

The twins competitive work efforts are merged in the focus on Tom Johnson, a prisoner who faces lethal injection on death row. Julie visits him and petitions neighbors to end the death penalty. Jane has apparently made a documentary on him, which was completed before she died.

What might have been a glum tale is enlivened not only by dance and gesture, but also by a superb kaleidoscope of multi-colored images that fill a screen at the back of the stage. Each scene is accompanied by a wash of colors. These were made by John McDermott as part of his inventive set. The switch to prison ceiling with windows and a muted copper coloring altered us to the scenes inside jail.

Jenny Piersol has a lovely singing voice, and bursting into song is among the character Julie’s happier moments.

At the play’s end, Julie has come to a kind of peace with her twin. This resonates in a warmer more open relationship with her own daughter.