Or, by Liz Duffy Owens in Lenox 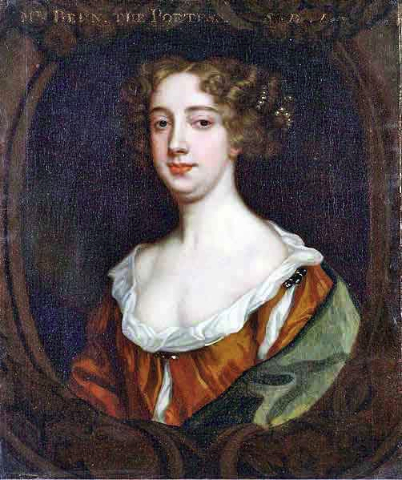 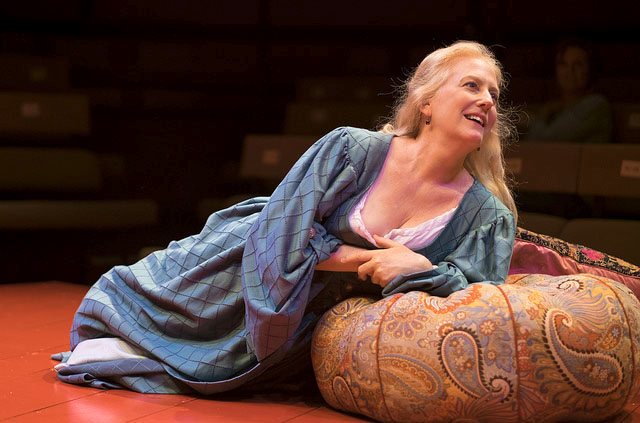 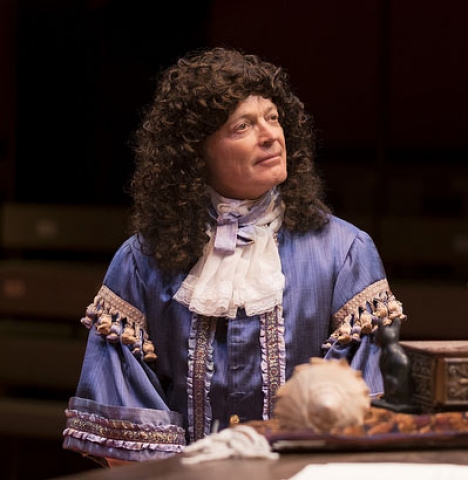 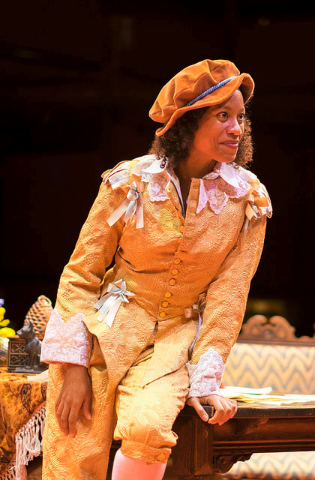 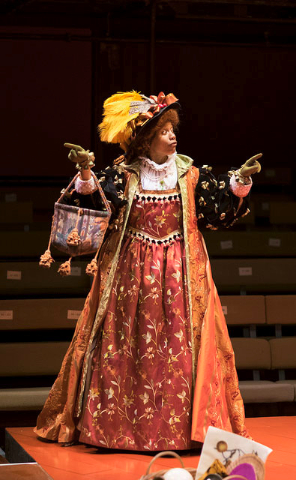 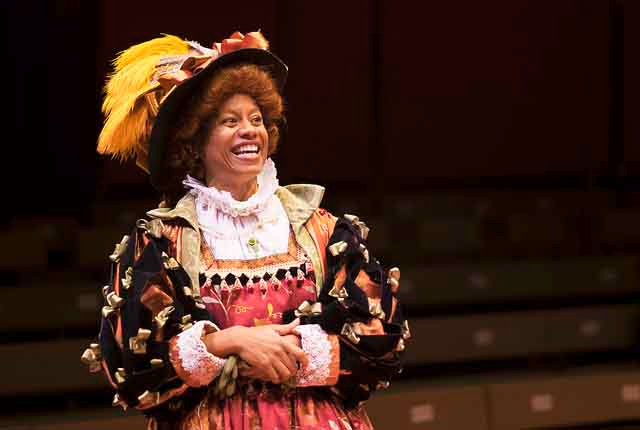 Out of character as Aphra Behn (1640-1689) the formidable company actress, Tod Randolph, addresses the audience directly.

She expands on and speculates about that tantalizing one word title Or, for the play by Liz Duffy Adams that is about to be performed.

There are a range of possible dichotomies; either or, good or bad, yes or no, hot or cold. Life indeed see-saws back and forth between extremes. She questions just what fits between the O and the R of the title with a comma.

In the midst of this, off script with an impish expression, she also points to the exits and tells us to turn off all cell-phones.

With a nice touch from the director Alice Reagan it launches what will be a playful, jocular, perhaps even instructive one- act play some ninety minutes in duration.

The main stage this season presents two plays by Shakespeare Merchant of Venice and Two Gentlemen of Verona which opens in two weeks. The play that opened last night will run in between.

After a period of instability, a couple of seasons ago, there was a general decision to return strongly to the company mandate of presenting the works of Shakespeare. In this balance on the main stage have been contemporary plays with an historical perspective of issues in classical theatre.

Last year, for example, there was a production of Red Velvet with John Douglas Thompson focused on the first appearance of a black actor performing Shakespeare on the London stage.

The current production focuses on the first successful woman playwright who also published poetry and novels.

This occurred during the period of the Restoration. When Oliver Cromwell’s Roundheads killed King Charles I and ruled with Puritan tyranny theatres were closed.

In the time frame of this play, the 1660s, they have been reopened by King Charles II, a patron and enthusiast of  theatre, and a character (played by Allyn Burrows) in this play. He is an ersatz supporter of Behn, first as spymaster, then as patron and would be lover.

After the fundamentalism of the dreary, righteous Cromwell, during the Restoration, there was an enthusiastic end of repression and censorship that marked a return to Merry Olde England. Comedy during this period was particularly raunchy and raucous. Behn was successful in having a number of her plays produced.

In harsher terms even than those today playwrights were paid after the third performance and only if there was a profit to share. For flops they were paid nothing at all.

Behn has been a heroine for feminists, starting with Virginian Woolf, who she wrote about in A Room of One’s Own a lecture she delivered to women in college.

This summer, in its Rose Footprint tent S&Co. is presenting Behn'scomedy The Emperor of the Moon  directed by Jenna Ware.

Another character in the Kelly play is the historical figure Nell Gywnne (Nehassaiu de Gannes) who was one of the first women to appear on the British stage. She performed both male and female roles.

Here she is suggested as a lover of Behn in a drama that presents the hilarious, farcical events of a single evening.

When women started to be involved in theatre they were regarded as having compromised virtue. They were not accepted into polite society but were the playthings of stage door Johnny’s which included royalty.

Cast adrift from social security, by the nature of their profession, being kept by well born, rich lovers may also have provided some protection. These women were exposed and available in a way that proper ladies were not.

As an early role model of a woman living by her wits Behn was also a free thinker who in her work expressed comical views of the traditional roles of women, sex and marriage. For that she was regarded as controversial.

In exploring the dualities implied by Or, we have a play that is both probing, feminist in its agenda, and well, surprisingly, a whole lot of fun.

Anchored by the rock solid as usual performance of Randolph, with a nice light comedic touch, she gets terrific support and synergy from deGannes and Burrows. As knitted together by Reagan they leap and cavort their way through adventures, pratfalls, reversals and surprises.

This is the second play we have encountered in the now reconfigured in the round, oval actually, playhouse. That means no sets to speak of and more reliance on props and costumes. Exits and entrances are accomplished running past us through the aisles.

There is also a mystery box where the double agent and Behn’s former lover William Scot (also played by Burrows) comes and goes switching off as Charles. Other than Randolph as Behn the other two actors play a combined six characters.

The changes are often stunning and side splitting.

We first encounter deGannes as the ersatz, gender-bending, boy toy Nell Gwynne. With a Jamaican flavored accent and a loose turban she is the servant girl Maria.

But, stop the presses, the knockout highlight of the evening occurs when deGannes delivers a monologue at blistering speed dressed in a spectacular manner by Govane Lohbauer as Lady Davenant. As the owner of a small theatre she commissions a play by Behn but only if it can be delivered in the morning.

It becomes near to impossible when Behn attempts this while contending with the chaos that surrounds her. In addition to both seducing and fending off both Gwynne and the King, there is also the untimely reappearance of her former spy mate Scot who is on the run.

By the end it all wraps up with a not exactly happy ending. The audience, however, was utterly satisfied. It left us wanting to know more about the fascinating Aphra Behn who is for now alive, well and summering in the Berkshires