The Comedy of Errors at Shakespeare & Company

Hilarious Farce in a Modern Setting 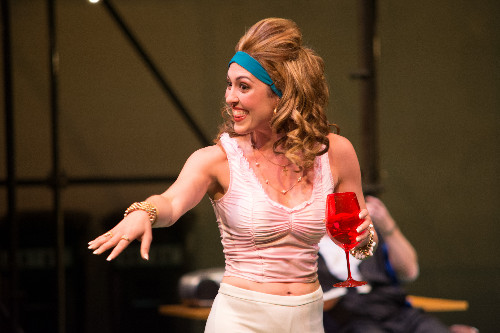 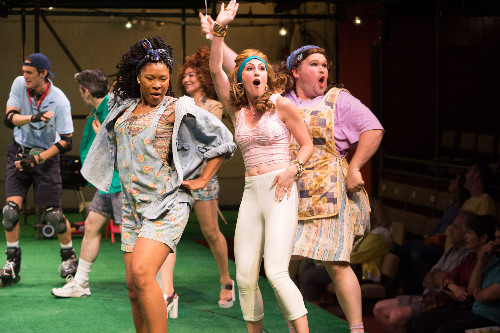 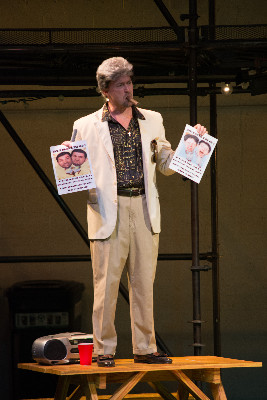 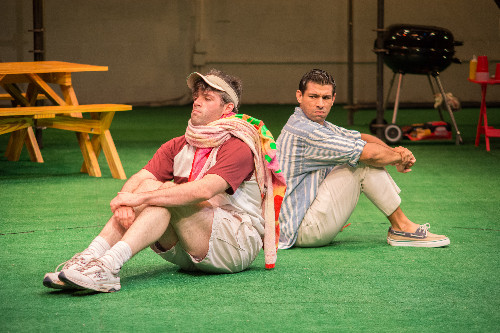 Aaron Bartz as Dromio and Ian Lassiter as Antipholus 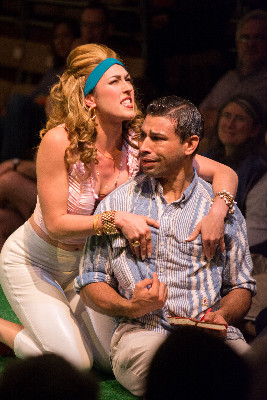 Kelley Curran as Adriana and Ian Lassiter as Antipholus

As you take your seat to see The Comedy of Errors by William Shakespeare at the Tina Packer Playhouse, you may bump into a character on inline skates.  Or you may notice a couple tending to a barbeque on astro turf.  All are in modern dress, some in short shorts and five inch wedgies.

As the play starts, Josh Aaron McCabe, as Duke Solinus/Pinch, speaks his lines sounding very much like Marlon Brando in The Godfather. He sports a huge cigar.  What's going on, you may think. Then you start to laugh.

And you continue for the next 90 minutes.

And, it works, thanks to her insight and the very talented cast.

Magar says: "Comedy of Errors is a wonderful, eclectic and saucy play.  Shakespeare has written a seductive and magnetic farce about that crazy little thing called love.  The rhythms of the play expose our human folly, our reckless mistakes and the unbridled human jealousy that reigns within us all...This production will reveal Human Nature as an uproarious drunk.  We hope our audiences have a good laugh at the absurd ridiculous in us all."

A graduate of the Brown/Trinity MFA program and an alumna of the Lincoln Center Director's Lab, Magar took on this assignment reluctantly, but soon fell in love with the message of this comedy.

The story line is this: two identical twins are separated at birth, along with their twin servants. When they all meet in Ephesus, the mistaken identities ignite an uproarious adventure that takes the audience with it.

This works because of the cast.

Aaron Bartz, as the two Dromios, plays the servant as exasperated, confused, and compliant. Ian Lassiter, as the two Antipholus's, is enraged and stupefied by what is happening.

These characters engage in fighting, running, singing and do it all with zest and great fun. They have the audience in the palms of their hands. Kelley Curran, as Adriana, wife to Antipholus in Ephesus, sustains her character's indignation throughout, and also is a great singer.  And credit must go to Ben Chase as the Officer on skates, who never loses a beat, despite all the action.

How does Taibi Magar solve the problem of having four people on stage at the end of the production when only two actors played them?

You will have to go to find out.

You'll leave the theater smiling, as I did.