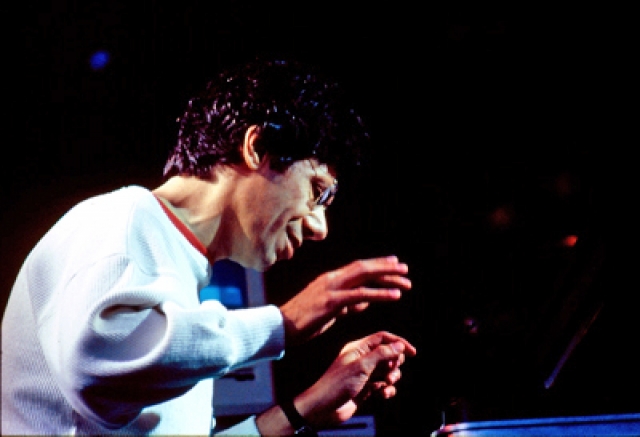 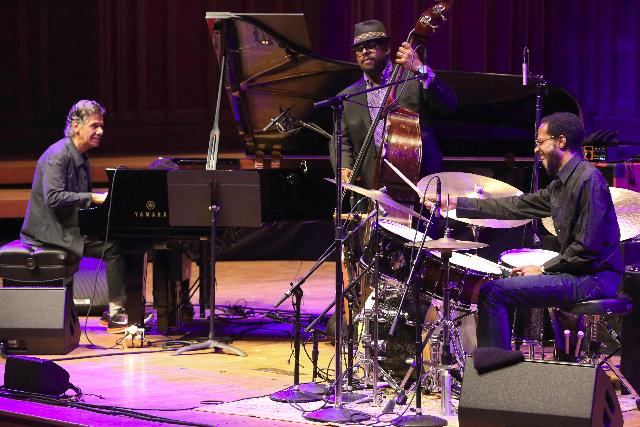 During the summer of 1970 Miles Davis toured in support of the ground breaking, double album Bitches Brew. With it he jumped into the fusion style which was initiated by guitarist Larry Coryell.

As the critic for the Herald Traveler I covered Miles in a concert at Harvard Stadium. It featured the piano players Chick Corea and Keith Jarrett.

Davis, in sync with the experimental music, insisted that they perform with then new Fender Rhodes electric pianos. Compared to later developments those keyboards now seem limited.

Later that week there was a gig at the renowned Lennie’s on the Turnpike a roadhouse on Route One.

In the tiny dressing room I engaged Davis about his new music. But Miles turned the tables and had a question for me.

“Did you hear the gig tonight” he asked in his signature raspy voice. “I have a decision to make and you can help me. I have Chick and Keith but I can’t keep them both. Who should I fire?”

It was a Solomon’s decision I responded. Then Miles said “I’m keeping Keith. He gives me more.”

Then and now I think that Miles made the wrong decision.

In the decades since I have listened to the music of Corea in every possible incarnation both in concert as well as through recordings.

It was the last performance in what was billed as Chick Corea 75th Birthday Celebration.

The artist, born a few months after me and also a native Boston, Chelsea actually, was relaxed, casual and warmly interacted with the audience.

Other that an untitled warm-up he introduced each of the eight compositions in two sets as well as an encore.

The program was balanced between tributes to legendary artists, including two for Miles, as well as his work.

A fan shouted “Happy Birthday.” Corea acknowledged the well wishing but added that his actual birthday was back in June. With humor he added that “When you turn 75 your birthday lasts all year.”

It is a time in the life of an artist when attention is turned to legacy. The mountains of creativity have been scaled. Often there is a phase of reflection. In the late period artists often create their wisest, most compelling and poignant work.

The decision to perform with an acoustic, Yamaha grand piano, and McBride’s standup bass, as well as the tasteful, restrained drumming of Blade underscored a return, not to Forever, but the stripped down essence of a jazz trio.

With just three superb musicians there was an invitation for them to stretch out individually, with extended solos, as well as to congeal with impeccable swing. There were passages of cerebral stretching to the limits and then a reversion to the tight and compelling core of melody and lyrical expression.

Typically Corea is known for a light and precise touch. He can break down and stretch out a melody line, seeminglu going far astray, and then with discipline and accuracy get right back home. There are signature clusters, runs and staccato chords with an overall clarity and crispness. Now seven decades on there is no impact on his dexterity and command.

Bill Evans was among the pianists who phased in and out of the seminal Davis groups. His playing was at the heart and soul of the Davis classic, widely regarded as one of the best ever jazz albums, Kind of Blue.

Introducing “Alice in Wonderland,” an Evans standard from the soundtrack for the film, Corea stated that when “Bill took over a song he owned it.”

In his lush, understated, lyrical approach Evans brought the impressionism of Ravel to jazz. Significantly, that had been approached previously by 1920s trumpet virtuoso, Leon Bix Beiderbecke, in his only recorded piano solo “In a Mist.”

Some Afro-centric critics exclude Evans from the canon for lacking blues roots and an orientation to European classical music. Hogwash.

Corea performing in the Evans mode evoked memories of hearing Bill during intimate club dates. You were drawn in and enchanted by the delicate touch and its emotional evocations. In particular I loved his lyrical and lilting "Waltz for Debbie."

While not cloning that style Corea created a spiritual bridge with the music. At times he reached into the piano and brushed his hands over the strings for exotic accents.

Looking even further back he celebrated the bop pianist Bud Powell who had an enormous influence on musicians. He described Bud as of the generation of Monk but less known and celebrated. Powell died relatively young.

Corea introduced a “rare” Powell composition because he only recorded it during one session. On the Verve record it is titled “Dusk in Sand” but another release was titled “Dusty and Sandy.”

It is notable that both Evans and Powell were among the most lyrical and poetic of the bop pianists. They could also get down and swing with the best of them. These aspects were richly explored by the trio.

After intermission Corea stated that they would perform a tribute to a “Hero for all of us, Miles Davis.”

This included the standard “On Green Dolphin Street” followed by the Davis composition “All Blues” from Kind of Blue. McBride interrupted to tell Corea that ‘Dolphin Street’ was composed by Bronislau Kaper.

The delight of hearing the trio was the manner in which they took familiar material, respected the source, as well as provided fresh and richly involving new interpretations.

Having performed the music of others there was a coy introduction. “The next composition” he said “Is by an up and coming composer.” After a pause he added “Me.”

“This is something we have been working on” he said.

It started as a classical minuet then got funky.

In another tribute he referred to a composition by reed player and fellow Davis alumnus, Wayne Shorter. His piece is called “Foot Print.”  With humor he commented that “Ours is called ‘Finger Print.’ “

Then he got up from the bench and moved to the back of the stage as McBride engaged in an extended solo introduction.

There were sweeping circular movements over the strings that created swirls of music. Truly I have never seen this technique  by any other artist. This evolved into pizzicato plucking and occasionally he accented  by reaching high to pick a specific note.

It was a vivid demonstration of why McBride is regarded as the foremost jazz bass player of his generation. For his overall musicianship he was recently appointed as the successor of George Wein the founder of the Newport Jazz Festivals.

For the most part, the drumming of Blade was subtle and understated. His restraint and variety of accents reminded one of Connie Kay with the Modern Jazz Quartet. By avoiding showmanship it was percussion for the connoisseur appropriate to the cerebral, tasteful, classical approach of the MJQ.

Working with a basic kit Blade reflected the essence of a classic bop drummer. Often he kept a steady beat using a large, hard-toned, ride cymbal. From a passage of brush work he switched to sticks in an explosion that drove the trio with intensity. He provided the perfect balance in an all star trio.

This magnificent performance, which was so warmly appreciated by the Tanglewood audience, provided a heady vantage point to look back on his own career and place among the giants of jazz.

It is also inevitable that he will take on new and exciting challenges informed by formidable insight and life experience.