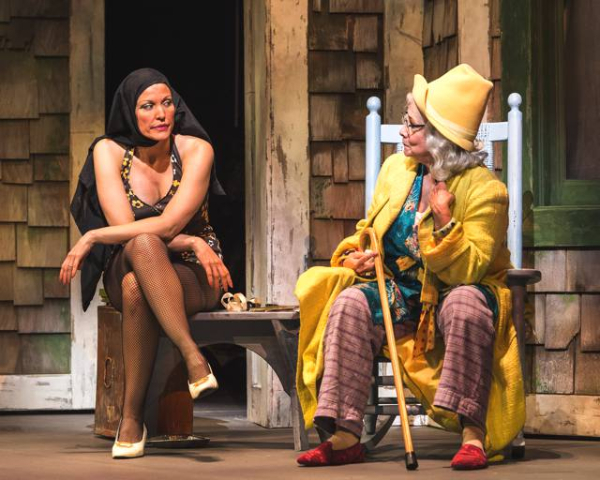 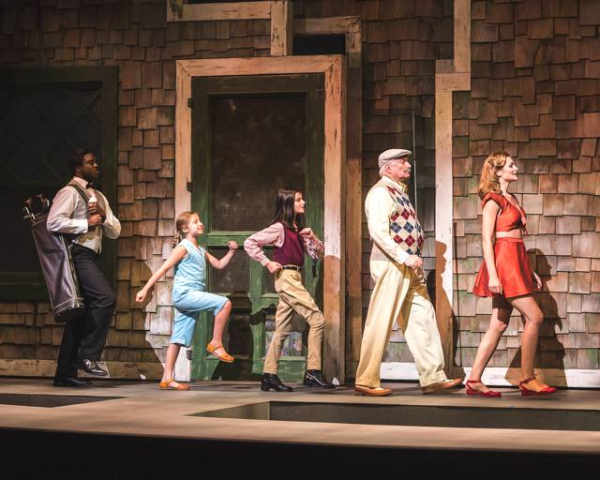 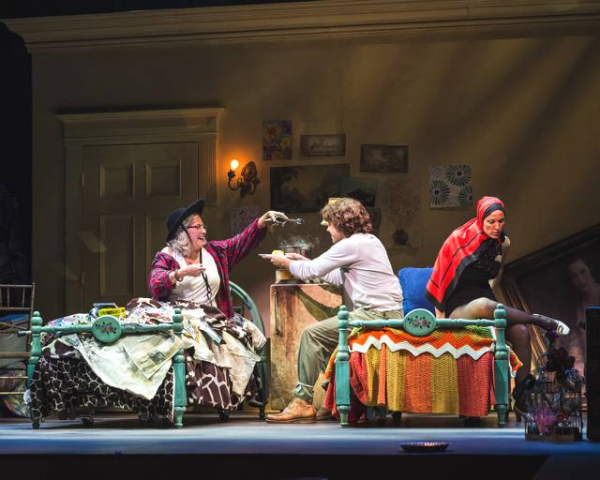 “Grey Gardens”, the musical currently on stage at the Ahmanson Theatre, received ten Tony nominations in 2007, going on to snare three wins. One each for Christine Ebersole for Best actress in a leading role and one for Mary Louise Wilson for Best actress in a featured role, and William Ivey Long for Best costume design.

It was an immensely popular production, that it was re-imagined in 2015 for a short run in Seattle by playwright Doug Wright, Scott Frankel the composer, and Michael Korie the lyricist, and then into a new 2016 production now in Los Angeles.

“Grey Gardens” is once again being staged by the award-winning director Michal Wilson who helmed the production back in 2007. His cast in this 2016 production stars a sensational Rachel York as ‘little’ Edie Beale/Edith, and a terrific Betty Buckley as Edith Bouvier Beale.

“Grey Gardens” in short, is the story of an alpha female mom, Edith Bouvier Beale played by Betty Buckley and her daughter Edie Beale played by Rachel York and the odd assortment of friends and eccentric relatives. It’s the classic tale of a love-hate relationship between a celebrity mother and her daughter who happen to be very prominent people in New York society. It is also an inverse study of the ‘rags to riches’ story so popular in American culture. The Beale’s of toney East Hampton, Long Island, lived in a 28-room mansion and led a life of luxury, until the Wall Street crash of 1929 reduced the family to a lifestyle bordering on poverty and squalor behind their mansion walls.

The production boasts a supporting cast of solid performers led by Bryan Batt as George Gould Strong, Edith’s staunch, supportive, and her effete piano-playing companion and friend, along with a wonderful Sarah Hunt as ‘little Edie’ in Act I. Josh Young portrays Joseph P. Kennedy (JFK’s older brother) in in this show who is about to become engaged to ‘little Edie (a creation of playwright Doug Wright that never took place in real life). In Act II, Young plays Jerry, a neighbor who helps around the crumbling house. Simon Jones plays JV ‘Major’ Bouvier, the curmudgeonly father of Edith who arrives to deliver some of the funnier lines like, “marriage is for the tax codes and Mormons.” Davon Williams plays the redoubtable butler Brooks Sr. and Brooks Jr. while Katie Silverman as the young Jacqueline Bouvier) and her little sister Lee played by Peyton Ella, round out the cast.

Speaking earlier about love-hate relationships, I harbor some misgivings about the production as to its overall impression. Yes, it’s a ten Tony nomination production, and yes, audiences lap it up. But if I had to sum up this musical show it would sound something like this: It’s a show that definitely has a Broadway successful look and feel to it. But it is way over produced; the producers didn’t leave out one single cliché. Despite the music and lyrics which are necessary for a musical, the production is too long. Two hours and forty-five minutes including one intermission with 24 musical numbers tests the audience’s staying power.

Director Wilson leads a creative team that includes Scenic Designer Jeff Cowie, who delivers a stunning visual stage space for the actors. In Act II the aging of the once luxurious mansion is almost worth the price of admission itself. The costumes by Ilona Somogyi are pitch-perfect for two time periods that span 32 years, and the lighting designed Howell Binkley (he designed the lights for “Hamilton”) and the sound designed by Jon Weston are first rate. The production design is by Jason H. Thompson, with choreography by Hope Clarke. The music direction is under the baton of Kevin Stites.

“Grey Gardens” performs at the Ahmanson Theatre through August 14, 2016.