A Tale Of Two Chefs 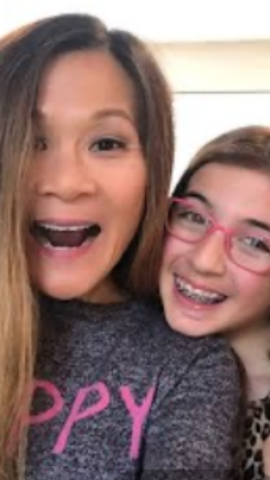 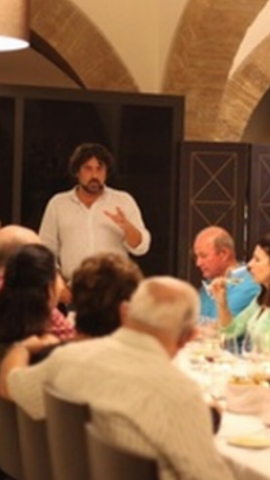 Its hard to believe that most of us have been cooped up in and around our house for months on end. We miss so many things that were once commonplace and now are out of bounds.

What's in bounds is watching TV, in one form or another, cooking and gardening. Our family qualifies for all three.

I've been posting my cooking recipes online, shown off Maria's gardening antics, but haven't exposed what has been keeping us going on TV.

Besides getting our daily dose of  reruns of Netflix's 'Schitts Creek,' we have been watching two exceptional Facebook entertainers. I say entertainers because cooking and travel shows entertain  us.

If it wasn't for Covis-19, these shows would not have existed. Both online shows were made out of necessity. When you deal with the public and drop off the face of the earth, all may be lost, but, if you are innovative and understand the creative process, your brand has much to gain.

One show highlights an interesting travel guide, gourmet cook and wine connoiseur, Marco Scapagnini. He lives in Salina, Sicily with his family.

I first met Marco on August 28th, 2010, at the opening of the Domodimonti Vineyard in the province of La Marche. It was a memorable opening because just when the festivities began, a wind squall of 75 miles-per-hour caused havoc destroying everything that had been set-up for the hundred international guests in attendance.  Rain, wind and lightning toppled the tables and destroyed the food and the wine. It was an evening one would never forget.

Marco worked for Domodimonti at the time and was the wineries North America ambassador. Needless to say, vineyard owner, Dr. Bellini and Marco were speechless following the disaster. That was my introduction to Marco.

Through the years, Marco branched out and started to focus as a tour guide, focusing on wine and travel in his native country. He was beginning to make a name for himself in the travel and wine tour field with his company, NicheItaly, when the pandemic hit.

He didn't panic and wanted to use the pandemic outbreak in his favor. Marco created a plan that involved his past and future tour clients online. It was a plan, I'm guessing to keep him active and visual to perspective and past customers.

He created 'Marco's Club.' an online Facebook group that follows Marco and his family throughout Italy, focusing many shows that originate in their ceramic kitchen in Salina, Sicily. He brings in friends to cook with him and he has up to 750 members following his antics. He not only cooks, but invites you into exotic places on the mainland and islands to learn about mixology at Hotel Signum in Salina, you sample wines from Piceno in Marche,  take a  virtual tour of Unesco Heritage sites. You are transported to a cooking demonstration from the island of Panarea. These are just a few of his weekly shows.

Marco has a members only club where you attend more online events and have access to wine that Marco recommends. All of his shows are entertaining and educational.

If you want to access 'Marco's Club' visit: www.nicheitaly/com/marcosclub or just look him up on Facebook at Marco Scapagnini, 'Marco's Club'

Another find, like Marco's Club, is a California (LA) based Facebook and Instagram mother and daughter (12) cooking show, titled 'Cooped Up Cooking with Katie.' I found this zoom show by accident and since discovering the show, I have sorta become a Chef Katie Chin and Becca, her daughter fanatic.

The show originated during the lockdown when Katie's catering business halted. She was cooking with Becca and suddenly realized that she could share her recipes with the world. She employed Becca as her sous chef  and the rest has been history.

The bi-weekly online show often features two segments, the first is usually a guest mixologist, who mixes a drink, not always alcohol, online, followed by two or three recipes from Katie. She is flanked by her daughter. The duo dances and sings at various intervals, making the show's antics fun to watch. Viewers comments are highlighted, often getting a personal response from Katie during the show.

What helps keep the viewer's interest is a prize or two are always offered by the show's sponsors. To be eligible, you must make a comment online, when the show is live.

So far, I have won one of Chef Katie Chin's cookbooks, titled, 'Everyday Thai Cooking,' which I immediately used to make an eggplant recipe.

One could say the show is sorta slapstick. It often goes off the subject, but always returns with a recap from Chef Katie.

After doing a little homework on Katie Chin, I found that she has been a guest on numerous syndicated national shows, including the 'Today Show.'  Katie is a local LA star and serves on many committees promoting women in the workplace.

A recent show featured how to use watermelon four different ways: watermelon margarita; chile lime grilled watermelon; watermelon balsamic chicken salad and watermelon pizza. The prizes that day included a $100 Melissa's pantry box and an assortment of Soviia agave.
Another zany show featured a video of Katie in a boat in a lake. She jumps off of the boat, disappears and then. She asks the audience, 'What's wrong with the video?' The person with the right answer wins a prize. It didn't take long for someone to suggest that the person jumping off the boat was a different person than the person who got back onto the boat. That was a correct answer. It was Katie's 'stunt double.'

Other shows have focused on the pandemic. 'Learn To Love Your Lockdown Leftovers' and 'Sheet Pan Dinners for Shut Ins' are two that come to mind. Katie's husband, Matthew Jonas (is he one of the brothers?) is Katie's unseen verbal sidekick and videographer.

If you want entertainment, tune in online at: www.facebook.com/chefkatiechin for 'Cooped Up Cooking with Katie.'

Maybe you can win a prize and learn a recipe or two at the same time?