Hannah and the Dread Gazebo by Jiehae Park 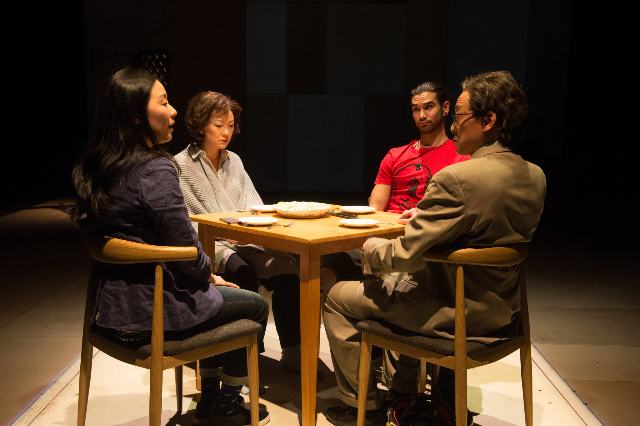 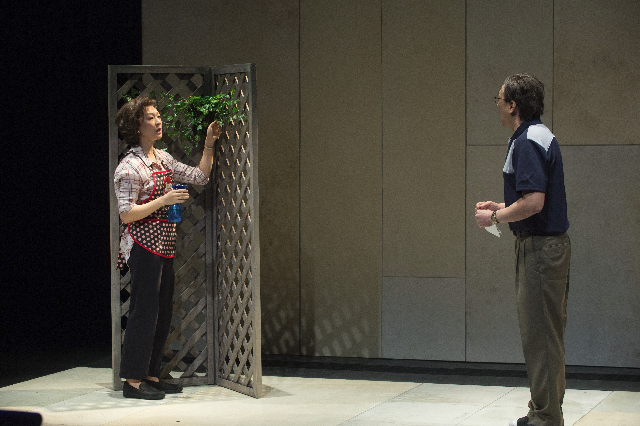 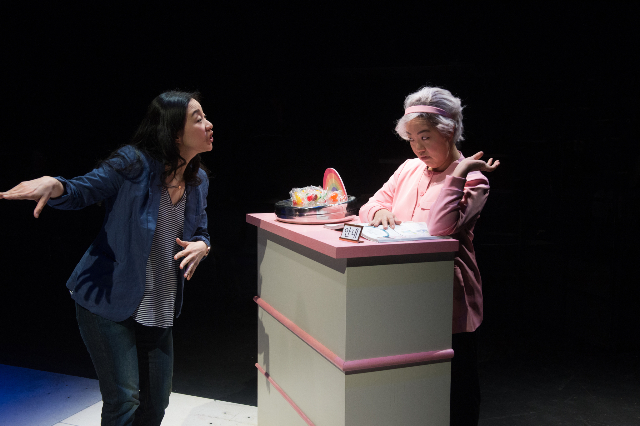 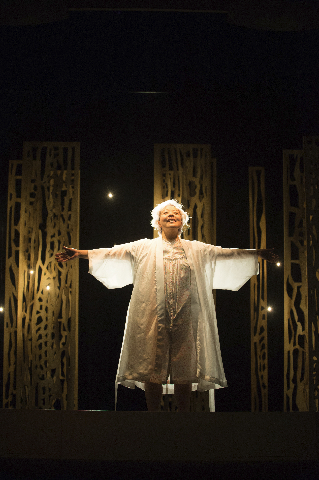 Jessica Ko as the spirit of Grandmother

Make a wish, but be careful what you wish for.

Jiehae Park’s innovative and fast moving world premiere play, Hannah and the Dread Gazebo, touches on a dizzying number of themes including familial relationships, aspirations, wishes, creation mythology, international relations, cross-culturalism, and even a humorous twist on racism. And this happens in a brisk 90 minutes on what begins as a bare stage. The experience totally satisfies yet frustrates because of the certainty that some interesting insights have not been comprehended.

Hannah is an assimilated, American-born Korean ethnic. Her parents, who have since returned to Korea, didn’t even teach her the Korean language. After decades of schooling and residency, she is days from her exams to become a board certified pediatric neurologist. At this critical juncture, she receives a letter from her Alzheimer-ridden grandmother in Korea, who says that she will be committing suicide. Enclosed is a vial with small piece of rock and the notation that “it’s a wish.”

Video later verifies that her grandmother did indeed jump off the 63rd floor roof of the Sunrise Dewdrop Apartment City for Senior Living. The problem is that the facility is a South Korean showcase at the demilitarized zone to demonstrate to North Korea how well seniors are treated. Grandmother has jumped into the DMZ, and no one can enter it to verify that she has died or to remove her body if she is there. From this point ensues a kaleidoscope of amusing and touching adventures revealing the characters and their culture.

The playwright clearly wishes to explicate the culture from which she comes, and she does so with a sympathetic eye toward her characters, all flawed, but with their own sense of humanity. Of course, that doesn’t mean they are always pulling in the same direction. Hannah is willing to jeopardize her exams by flying from New York to Korea to better grasp her grandmother’s actions and intentions and to be with her parents. Her father, wanting Hannah to focus on her studies, does everything possible to dissuade her from finding out what has happened and from coming to Seoul. He even refuses to answer her phone calls and her knocking at the door when she arrives! Indeed, the fixation on goals and order often blinds Koreans like the father to the personal plights of those around them.

Incidents occur rapidly as we meet Hannah’s family and others who touch upon their lives during this chaotic period. Director Chay Yew makes full use of the large thrust stage by shifting the action points from one part of the stage to another in succeeding scenes. Spotlighting also acts to isolate locations, and moveable props enhance the scenery.

Symbolism abounds starting with the title. Hannah’s mother yearns for a gazebo. Living in an apartment in a concrete canyon in Seoul, she yearns to be closer to nature, a gazebo’s natural setting. Yet the gazebo is part indoors and part outdoors, representing a duality, like many others in the play. Korea is divided into North and South, and since the mother is originally from North Korea, the issue of communist sympathies will be raised. And the word hannah means one in Korean, reflecting her being the first born in her family to span Korean and American cultures – another duality.

Further, the primacy of being number one relates to creation. The Korean myth of the creation of their peoples is of a tiger and a bear who wish to become human and are consigned to a cave for 100 days to live on garlic grass (garlic being not only a mainstay of their cuisine, but a symbol of endurance). This myth is woven into the history of the vial with the piece of rock. But lest this seems too abstract or intellectual, remember that this is a comedy and can be enjoyed at a superficial level as well.

The whole cast is a pleasure to watch. To some extent, two lightning rod figures drive the action. Mother is played with elusiveness and charm by Amy Kim Waschke. As with the grandmother, her real thinking may not always be revealed. But the biggest laughs are produced by Jessica Ko who mugs her way through a number of ancillary roles, from government official to the mysterious subway sage who unfolds the creation myth to Hannah’s brother, Dang. She also offers a more somber but luminous interpretation as the apparition of Grandmother who has unwittingly brought the family together.

Hannah and the Dread Gazebo by Jiehae Park is produced by Oregon Shakespeare Festival and plays on its stage in Ashland, OR through October 28, 2017.