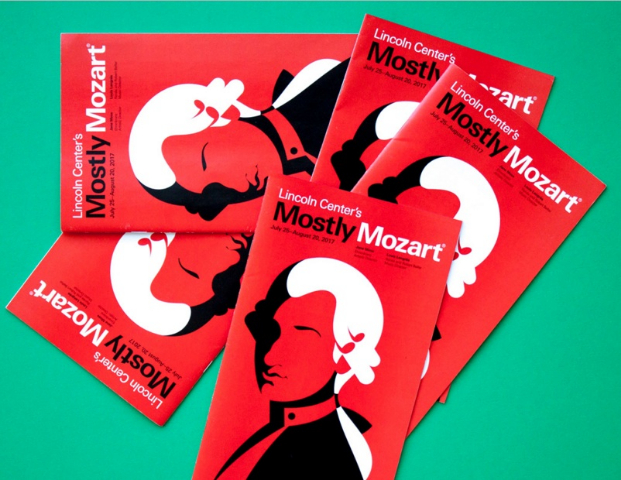 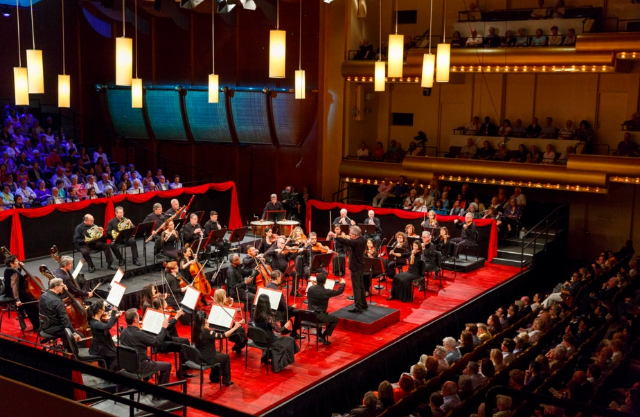 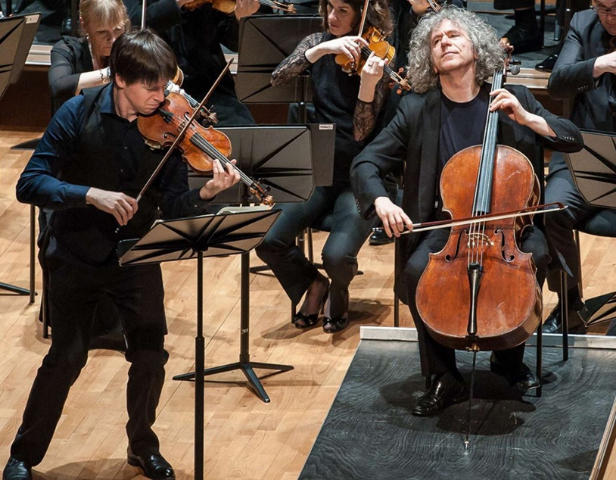 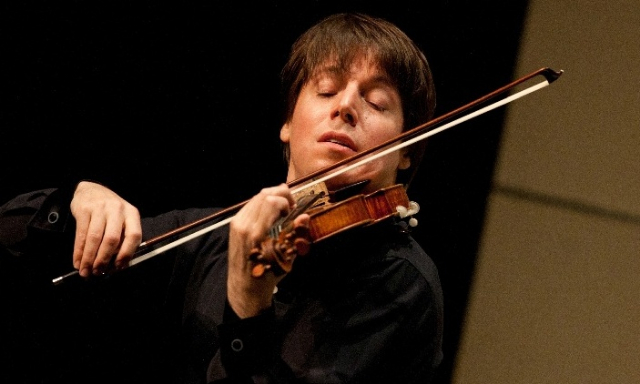 The transformation of David Geffen Hall for the Mostly Mozart Festival makes a big, uninviting space intimate and warm.

Andrew Manze, the conductor, moved briskly to the stage with the two soloists in the Brahms' Concerto for Violin and Cello. Unusual for a composition designed as a path to reconciliation between Brahms and his once close friend, the superb violinist Joseph Joachim, the cello has the first solo passage.  All the musicians' started tentatively, perhaps taking time to figure out the basis on which multiple musical conversations were to take place.  Joshua Bell, ever sweet on his violin, and the deeply thoughtful Steven Isserlis on cello go back and forth.  Both soloists interact with the orchestra.

What must have delighted the composer and certainly the ear is the combination of both instruments which when joined give a incredible range of notes from the highest on the violin to the lowest on the cello.  A new super instrument is forged by Bell and Isserlis.

Mozart had worked hard and successfully to create works in which neither the soloist nor the orchestra dominated one another. Brahms achieves this and the multiple dialogues are fascinating, especially in the third movement.

Notes are not written to be torn off the page in the Double Concerto. Instead the precision and elegance of the music suggests a gentler cooperation.

Bell and Isserlis played the slow movement of Robert Schumann's Violin Concerto as an encore.  Also written for Joachim and inspired by the spirit of Mendelssohn, this movement was composed before the first visit of Brahms to the composer. Joachim regarded the composition as the creation of a madman and persuaded Clara Schumann to seal it away for a hundred years.

Since it finally emerged in 1937 it has been heard as an important Schumann work and Bell and Isserlis enticed in their performance, which included a coda by Benjamin Britten.

In the fall of 1830, Mendelssohn wrote to his sister Fanny about a new symphony, which he had begun writing in 1829.   He wanted her to pick a name, suggesting Reformation, Confusion, Symphony for a Church Festival, Juvenile, or "whatever you'd like." What unifies the composition with the rest of the program is its immediate rejection by those close to the composers.

Each of these pieces struggled for a place in the repertoire.

The premier of the Reformation was to honor a church anniversary. The event was cancelled.  When the work was scheduled in Paris, members of the orchestra refused to perform it, declaring the work unplayable.

Mendelssohn had steeped himself in papal music in Rome, where he was admitted to the Pope's processionals in the Sistine Chapel and the Vatican.  He heard the block effect of choirs, Palestrina, and the conductor singing with the chorus, leading with his voice.

Manze did not sing, audibly.  Yet the orchestra did, as the Dresden Amen and Lutheran hymns were added to the score. Particularly dramatic was the erupting clash of Protestant and Catholic suggested by the music.

The middle movement is odd, colored by the light rhythms of dance and also march beats.

Overall the Mostly Mozart orchestra showed its extraordinary precision and elegance with moments of exuberant joy jumping out.

When Bell was 17, he went to the Spoleto Festival where Isserlis jump started his understanding of the art of musical performance. Now they perform as master and master, taking up the dialogue of the Brahms Double Concerto.

The acoustics of Geffen Hall are superb in the Festival configuration, enhanced by nineteen giant circles that hover over the orchestra and also by the audience itself seated on the stage. The proscenium is thrust out into the main floor seating, with a golden glow cast by ceiling lamps over the stage. It is hard to remember that the Hall has been criticized for its acoustic failings.

On the second evening of the performance of this program, both soloists and orchestra settled in. The Brahms now shone throughout, the dialogue between the soloists and soloist and orchestra sounded clearer and more urgent, clearly emerging from Brahms' thick textures.  The delicious rhythms of the main theme were infectious.

The Schumann was even more melancholy and tender. The Mendelssohn, particularly beautiful in the first and third movements. Iterations of the Luther hymn “A Mighty Fortress” were bursting with variety and color. The contrast between the blocks of liturgical sound and the marching and dancing of the second movement were captured.

The orchestra’s string section was dazzling. Flutist Jasmine Choi stood out in her solos.

Bell is reported to be digging into Mendelssohn who he regards as a somewhat neglected composer. This is an exciting prospect, launched by Mostly Mozart.  Bell performs the Mendelssohn Violin Concerto at Tanglewood on August 13th.