Blues Is a Woman

Custom Made in San Freancico 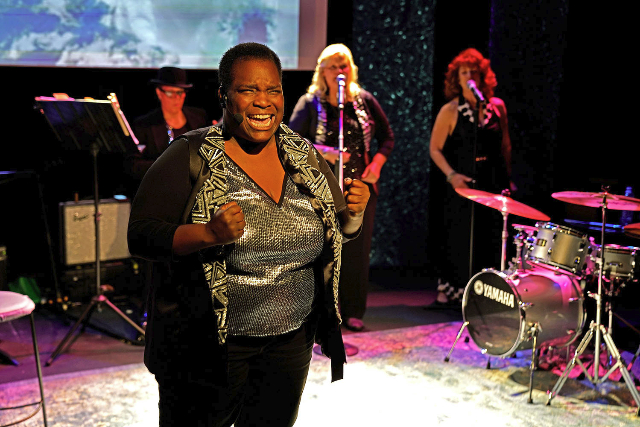 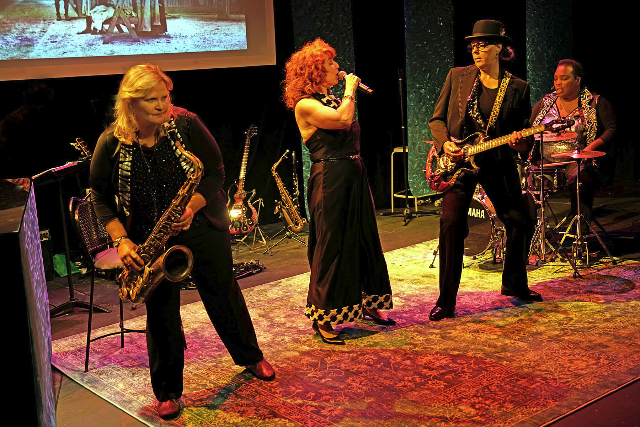 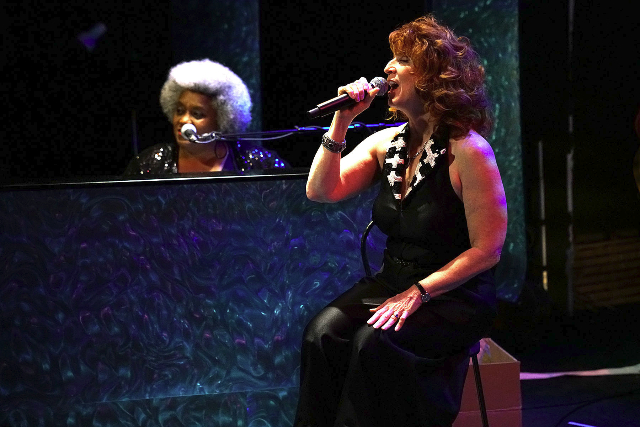 “She's no lady. Her songs are all unbelievably unhappy or lewd. It's called Blues. She sings about sore feet, sexual relations, baked goods, killing your lover, being broke, men called Daddy, women who dress like men, working, praying for rain. Jail and trains. Whiskey and morphine. She tells stories between verses and everyone in the place shouts out how true it all is.”  from "Fall on Your Knees"  by Ann-Marie MacDonald,

After development at music venues, the musical revue "Blues is a Woman" has begun a theatrical run at Custom Made Theater.  In a memorable production, six women wail and moan and plead in a rewarding evening of blues standards and original music by lead singer Pamela Rose in a format that is as informative as it is entertaining.

Rose forged the idea of a musical production about women in the blues and enlisted creative director Jayne Wenger to dramaturg the production.  So this is no simple reminiscence of blues music, but a well-curated, chronology-driven history of women's contribution to a uniquely American music form.  Although the live performers' narration acts as connective tissue, the authenticity and depth comes from expansive projections of archival stills augmented by recorded performances from a number of the great women of the blues.

The blues evolved in the Mississippi delta region of the south, and women played a major role in their growth.  But seminal contributors like Ma Rainey who began her powerful vocalizing in the 19-oughts are largely forgotten today.  These weren't sweet women singing sad laments about lost love, but often sang about what gentle women wouldn't even think about, like Sippie Wallace's "One Hour Mama" who wasn't looking for a "one minute man."

From the flapper era, Bessie Smith's name is better remembered, but how many would know that she traveled with the largesentourage and attracted the biggest performance audiences of her time?  Her work is represented by the painful "Backwater Blues" about the tragic 1927 Louisiana floods.  The history continues through to modern times, touching on the likes of Ida Cox, Dinah Washington, Ruth Brown, Janis Joplin and many more along the way.  The cast performs many songs well, but the ensemble number that perhaps works best is Sister Rosetta Tharp's "Didn't it Rain?"

The musical review format is a popular one, but often, performers in them are  actors first.  Usually, they are young and may need to dance as well.  But with "Blues is a Woman," we are treated to real, life-experienced blues singers and instrumentalists. Among them are soloists and band members who have toured with greats such as Bonnie Raitt, John Legend, Roberta Flack, and Etta James.  Besides Rose, Daria Johnson and Tammy Hall provide strong vocal turns, while instrumentally, Kristen Strom's sax solos stand out.  Shauna Hall on guitar and Ruth Davies on bass add distinction to the cast.

Throughout, we're reminded of women's plight, and particularly that of women of color, even today.  Perhaps the most telling number in the show is the clip of "Backlash Blues" from the multi-talented artist and political activist Nina Simone.  But it is noteworthy that the tone of "Blues is a Woman" is expository and restrained rather than gritty and emotive.  While empathy is elicited, it doesn't trigger the raw  passion that might be the case with the inclusion of Billie Holiday's heart-wrenching "Strange Fruit."

Reposted courtesy of Victor Cordell and For All Events,