With Arturo O’Farrill and the Afro Latin Jazz Ensemble 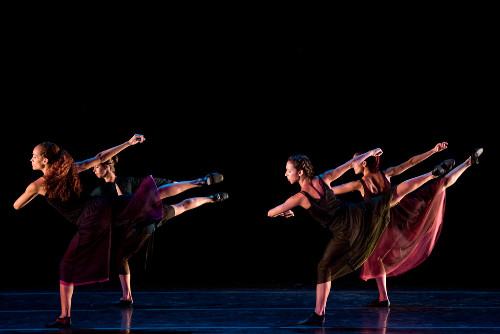 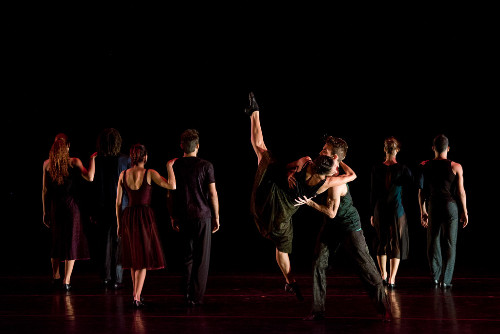 Malpaso Dance Company in "Under Fire"; photo by Cherylynn Tsushima 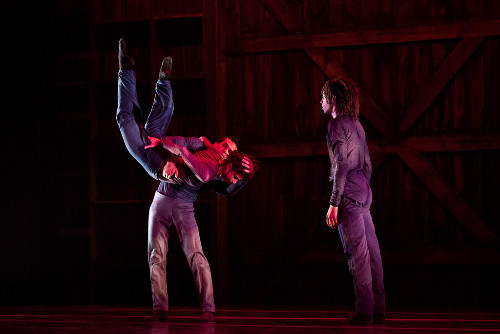 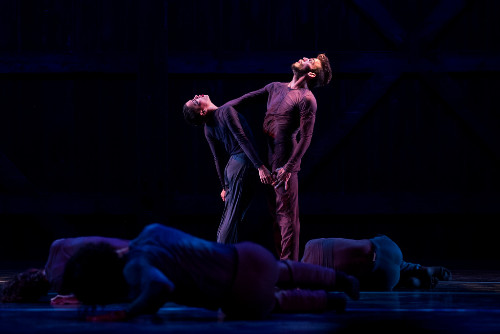 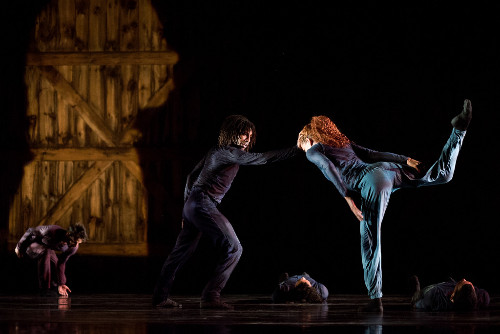 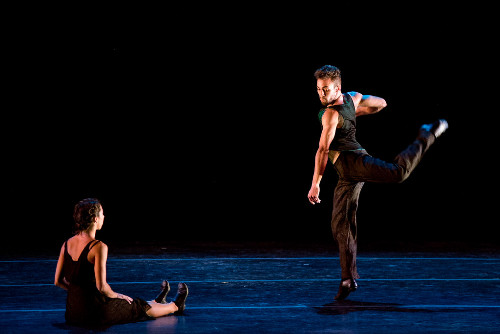 Under departing artistic director, Ella Baff, Jacobs Pillow Dance, has brought global companies to the Berkshires. On her watch she has traveled widely to seek out emerging companies and provide the widest possible perspective on contemporary dance.

Now and then we have experienced the exotic ethnicity of companies exploring indigenous dance combined with classical training and contemporary innovations.

In seeing the Pillow debut of the Cuban based Malpaso Dance Company there was the anticipation of the Latin heat of Caribbean dance.

With Under Fire, the first of two pieces in the program, in a new work by Trey McIntyre set to music by the folk singer, Grandma Kelsey, there was a sense of sameness. It was not at all what one had expected.

Recently McIntyre, a familiar Pillow presence, has dissolved his company to focus on commissions such as this recent one. While the company as perfectly rendered an understated, moody, romantic work by McIntyre it provided scant insight to the current state of dance in Cuba.

With the recent easing of tension with the island nation this commission may well signify ever greater cross pollination of cultural resources. There is a sense among many Americans that it is important to see Cuba as soon as possible before its unique character and culture are homogenized. It was exactly what motivated me to travel to Berlin just months after the wall came down. Returning on occasions after that proved to be very different.

While this may be viewed as progress and change there is also loss of subtle and unique qualities.

If you are familiar with the McIntyre style this was a very clear and faithful exposition of its essentials. In program notes it is revealed that ridding himself of some paper work and baggage he burned a pile of documents. Poking through the embers he was surprised that some of the papers survived mostly intact. This became the metaphor that inspired the work. It is also a signifier of he personal artistic voyage of the choreographer having shed the responsibilities of maintaining a company.

The dance starts with a dense cluster. This separates with individuals departing to the wings. There are circular patterns with arms extended and at right angles slicing the air. It is a notable aspect of his style. Dancers merge and then dash off. They collide and bounce off.

The understated music of Kelsey, accompanying herself with guitar, proves to be a less than inspired match for the dance. In particular there was a disconnect as she sang the Dolly Parton standard "Jolene." One wondered about the synergy of such rural Americana as an inspiration for the Cuban company.

Perhaps they were making a statement about sophistication by evoking the mainstream of contemporary dance. But it proved to be a faltering decision for entering the international arena of major contemporary companies. It failed to provide a notion of what was unique and special about the company.

Our expectations of that insight were ratcheted up by the second work Despedida with choreography by Osnel Delgado Wamburg in collaboration with the company. It was set to music by Arturo O’Farrill leading an eight piece band set up in a corner in front of the stage.

There was mottled colored light by Al Crawford bathing the stage. Evoking creatures rising from the sea, an apt metaphor for the island culture, the dancers were spread out lying down. There was undulating movement as they gradually rose and this motif was duplicated to complete the dance. Again supine they rose and departed in airs from the outside leaving Wamburg alone in the center.

The music explored a suite of vignettes in a range of stylistic approaches. Initially there was dissonant jazz particularly in the phrasing of the brass and reeds. Typical of a Latin band in percussion there was a combination of hand drums and a jazz set. It was enjoyable when we heard a bit of salsa and a Latin beat.

The choreographer, Wamburg, was also the focus of the narrative. While the work showed the skill and versatility of the dancers it wasn’t particularly evocative or memorable.

Yet again it was rewarding to know what is emerging in global dance. This small exposure, however, was just the tip of the iceberg. One did not come away with deep insights about the state of contemporary dance in Cuba.

Based on this experience, however, one may conclude that Cuban culture is in a state of seismic transition. While it absorbs contemporary development, as emerges from decades of isolation and embargo, there will be the challenge of finding and affirming what is unique and valued about its complex culture.