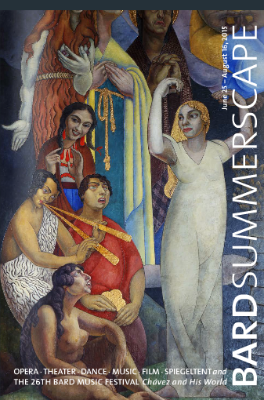 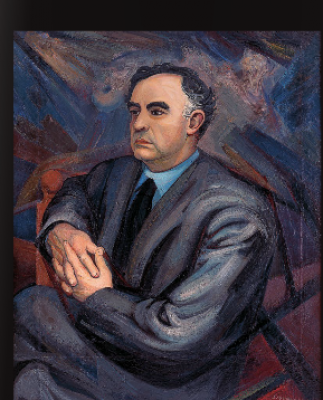 Carlos Chavez, central to the music of Mexico. 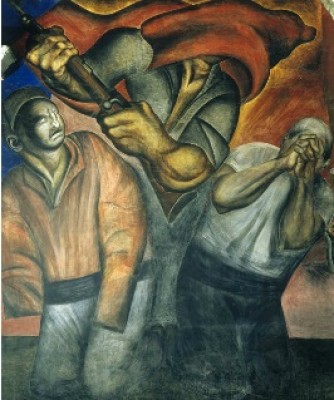 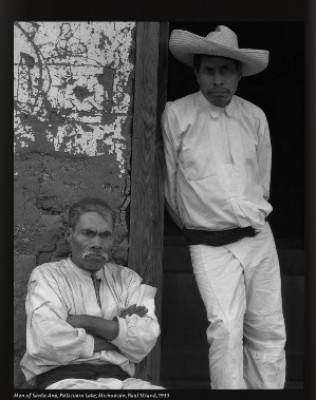 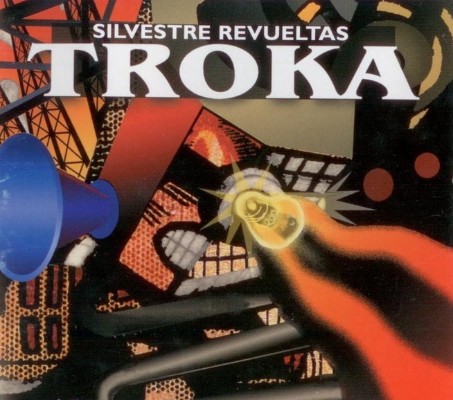 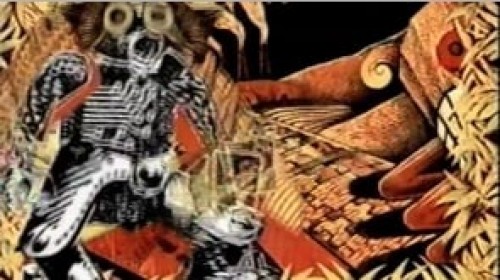 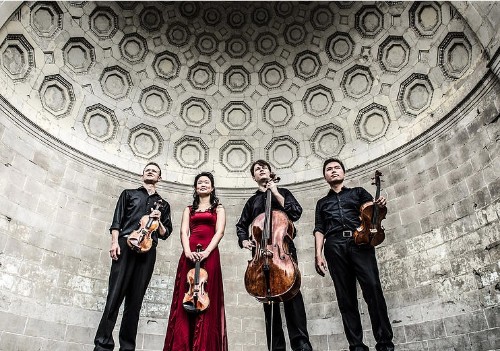 The Amphion Quartet was part of the Double Quartet Suite.

Mexico could be richly represented in symphony halls across the world.  Leon Botstein, who heads Bard and extraordinary music programs, is making a case for important Mexican composers of the last century.  While Carlos Chavez is less well known than Silvestre Revueltas, he was the center of Mexico's music  during his lifetime and is its lynchpin.

In a program of music written to be staged, the question arises:  Are we to conjure our own images as music is played, or can we gain deeper pleasure with visual enhancements and explanations?  We live in a world of visual expectation. It is difficult to separate our need from what artists now present.

Revueltas' Troka which started the program was bare.  In a pre-concert lecture, we were shown the robot of Troka with an ordinary worker.  In the music, there was a clear distinction between the thudding, mechanical movement of the robot, the click and clatter of human chaos, and the confusion of workers being led into the future.

Illustrations of a tadpole and his friend, the rat, accompanied a charming piece Revueltas wrote for his children.  Based on a poem by Alvaro Pumbo, children are cautioned to pay attention to their parents.  The cascade of notes that accompany the death of the tadpole by swallowing clearly suggest his downward course.  Compassion, joy and sympathy color Revueltas' work.

The Chavez Suite for Double Quartet, which was extracted from a dance written for Martha Graham, depicted the Dark Meadow of its title.  The double quartets, one string and one woodwind, were exquisite. The oboe solo played by Alexandra Knoll introduced the meadow in a pure and perfectly phrased.  The Amphion Quartet joined in after the woodwinds, as Katie Hyun performed violin solo and then with David Southorn, violist, Wei-Yang Andy Lin, and cellist, Mihai Marica.  Rancheros melodies crop up amidst simply beautiful classical lines.

Chaves was asked to keep the orchestra small for financial reasons.  As so often happens with Mexican composers, challenges were met with innovative yet satisfying combinations of instruments pressed to the extremes of their range.  New sounds prompt prime feelings.

Elaborate visuals accompanied the Suite.  Projections by Tim McLoraine suggested a caldera meadow etched in stone like primitive rock paintings. Hands grasping and raised, outlines of trees and figures moving in Bergmanesque lines silhouetted in a dark sky all move with the music.

Conductor Zachary Schwartzman brought a brisk authority with yielding beauty to both the Revueltas and Chavez scores.

Botstein came in to conduct de Falla, who was born in Spain but moved to Latin America to escape Franco. The delightful Puppet Show of Maestro Peter was composed in part to escape de Falla's Andalusian past, and to dignify the history of Spanish music.  De Falla selected a scene from Don Quijote in which the Don watches a puppet show and then destroys it as he rushes in to rescue the puppet maiden in distress.

Doug Fitch created the puppet show within the theatre set on the orchestra stage.  Mounted half way up the rear stage, his charming, all-too-human outlined figures ride across the horizon and charge the enemy.  Louis Otey has a reprieve from the stark minister he recently portrayed, and his rich bass-baritone was perfect for the Don's voice.  Nicholas Phan was the puppet master and this young tenor is both composed and dramatic. Cecilia Violetta López, whose parents are Mexican, grew up singing mariachi music before she started her classical course.  She has a wonderfully present soprano, and ranged wide to capture the trujamán or interpreter.

Life explodes in this music.  Revueltas' gives us musical gesture, comments and laughs.   Perhaps as music moved from the beautiful but sterile parlor to the beauties of nature and then began to capture the songs of birds and the folk, it becomes full of living, breathing motives and melodies which entrance the heart and ear.  Certainly the music presented at Bard Summerscape this weekend was rich in novel sounds and an exuberant embrace of life in all its complexity.