Exhibition and Symposium until October 1st 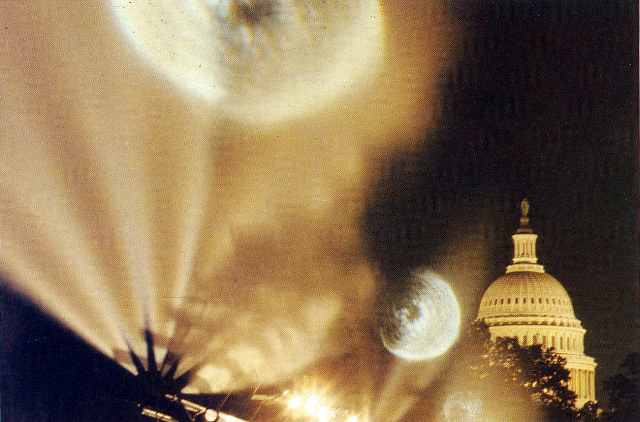 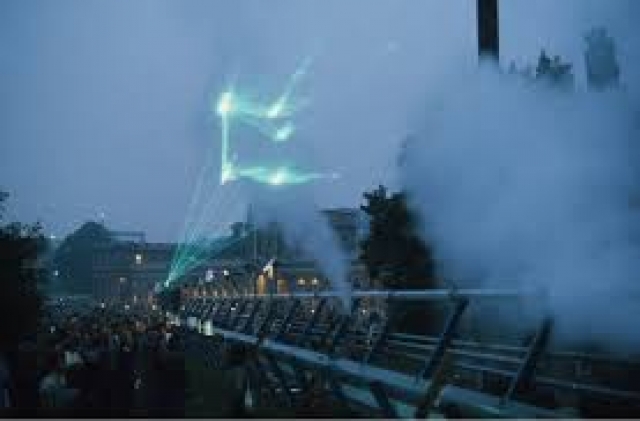 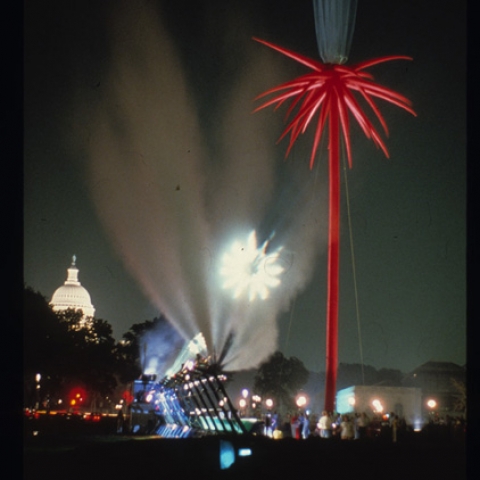 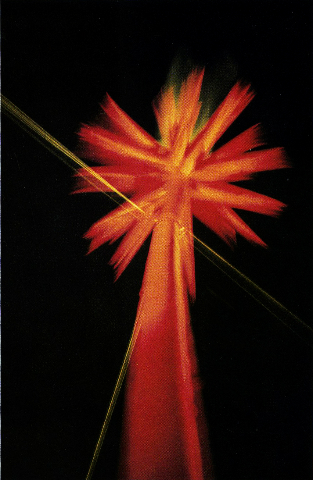 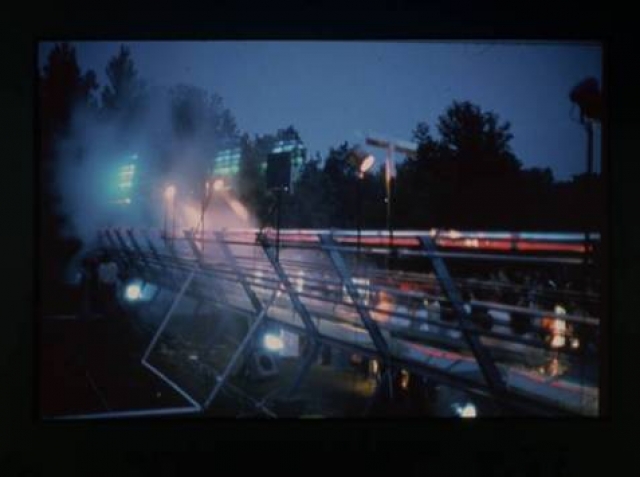 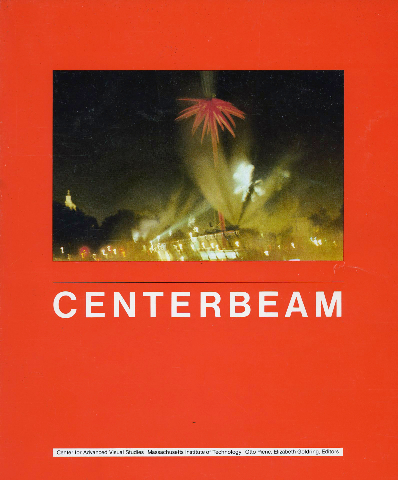 Centerbeam, A Performative Sculpture, is a current exhibition at the Center for Arts and Media (ZKM), Karlsruhe, until October 1st, 2017 -- and a symposium is scheduled for September 2nd, 10 am, at ZKM.

“That hundred-foot high black silk rose floating over the Mall is not a mutation escaped from the Botanic Garden—it’s part of Centerbeam… You don’t have to know art or science, to know what’s pretty or strange.” --- Washington Post, 1978

What has to happen in order to actually recreate Centerbeam again and cause such wonder from viewers and reviewers alike?

This report focuses on the September 2nd symposium. Below please find a direct link to a BFA article, which highlights Centerbeam and the current exhibition in Karlsruhe.

A recently announced symposium at ZKM is bringing a number of Research Fellows and engineers, whose work was part of Centerbeam, to Karlsruhe. Manfred Schneckenburger, the Artistic Director of documenta 6 visited CAVS in 1976. The group of artists under the direction of Otto Piene and Lowry Burgess made convincing presentations and Centerbeam became months later the original multimedia ‘art machine’ as it was dubbed by Schneckenburger. He invited CAVS on the spot to become part of the international summer-long art festival. He will be present at the symposium.

Representatives of the newly formed Light Art Space Foundation in Munich, Germany, will also attend the day long symposium, as well as other artists in the field of art, science and technology.

A recreation of Centerbeam had been planned by the museum for 2014/15 as part of the Global Festival in Karlsruhe. Serious obstacles came with insurance and security concerns. Technical issues included the need for approval of projecting images on steam with low power lasers, just meters above the crowd. Times have changed in Germany and the USA !

ZKM and its curators, Philipp Ziegler, Livia Nolasco-Rozsas and Morgane Stricot, consider Centerbeam a case study in research and preservation of media art and Stricot, as the museum’s conservator, has taken on that responsibility.

Rozsas confirmed in a recent telephone interview that ZKM will continue to work toward a recreation or adaptation of a third Centerbeam installation and bring back its original artful- and playfulness and vibrancy.

It was Burgess, who suggested to ‘create an environment in the spirit of Centerbeam’ during the symposium. Images and film of both Centerbeam installations will be projected during panel discussions.

All are invited to attend.

Following is the ZKM Press Release:

With the exhibition Centerbeam. A Performative Sculpture by CAVS, the ZKM | Karlsruhe marks the 40th anniversary and recalls the spectacular outdoor installation Centerbeam, which was presented at the Documenta 6 in 1977 and one year later at the National Mall in Washington, D.C.

In addition to the exhibition a symposium will engage with Centerbeam; the invited speakers, mainly artists who took part in the planning and realization of the original multimedia “art machine” (Manfred Schneckenburger) will discuss the aims of the project in retrospect and reflect on its influence on their own artistic practice. In addition, the endeavor of documenting and archiving the installation and the exploration of reconstruction methods will be discussed in the symposium.

The symposium is supported by Light I Art I Space.

We look forward to seeing you there!

In addition a direct link to a recent BFA article about the current Centerbeam exhibition: