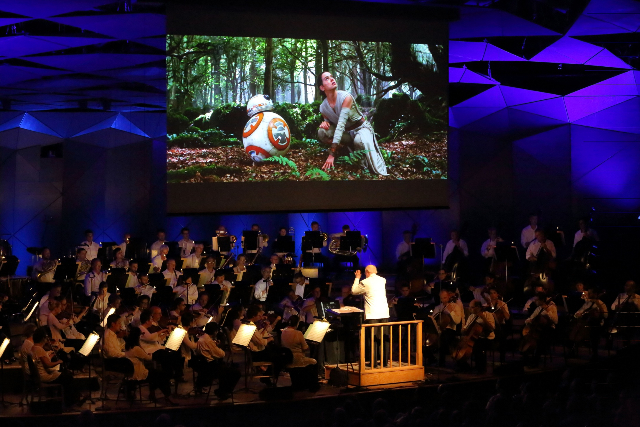 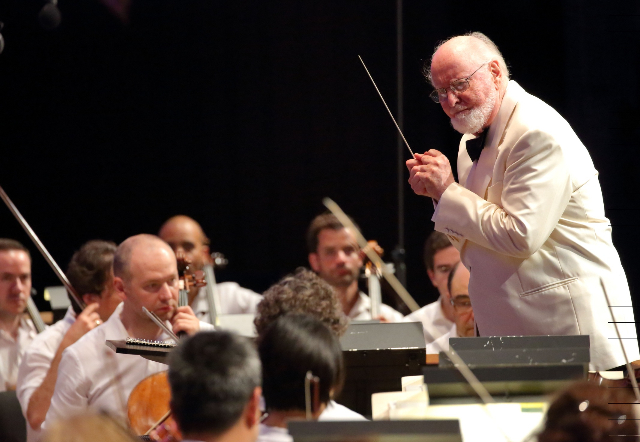 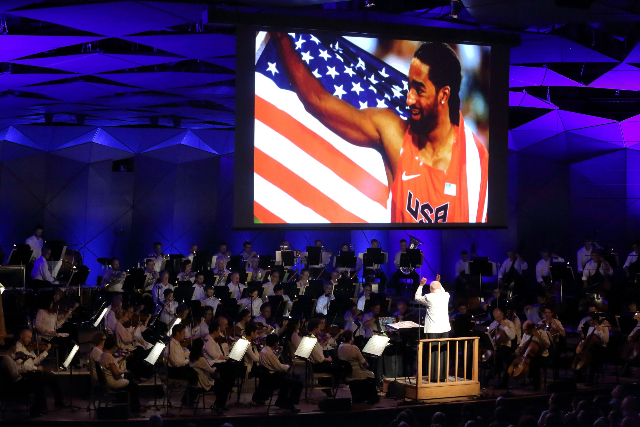 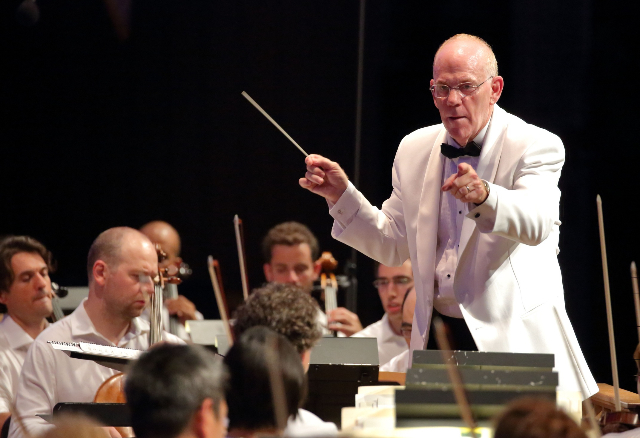 Nearly half of composer, John Williams' life has been spent with the Star Wars franchise.

At age 84, John Williams returned to Tanglewood, on a not-too-starry night to lead the Boston Pops for the annual ‘Film Night.’

Last year, Mr. Williams was absent due to illness, so, his return this year to the podium was well received by the drenched lawn crowd, who, at intermission, were told to exit the lawn and take cover as an impending storm was going to pass over Tanglewood.

That said and done, John Williams took the stage to start the second half of the show.

Richard Kaufman, Conductor of California’s Pacific Symphony, led the Boston Pops through an exciting first half covering reminiscent songs from the theme of the night, ‘Up, Up and Away: The Movies Take Flight.’

Songs arranged by John Williams and led by Maestro Kaufman included:
Hooray For Hollywood
Flight to Neverland from ‘Hook’

A standing ovation greeted Conductor/Composer John Williams as he took the stage to begin the second half of the program. The audience was obviously devoted to Williams and his forty year collaboration with Star Wars, evidenced by various audience members in Star Wars costumes.

After the clapping stopped, Mr. Williams brought us on a musical and nostalgic journey that included:
Olympic Fanfare and Theme
Song for World Peace
May The Force Be With You: The Music of ‘Star Wars’
The Jedi Steps & Finale
The Asteroid Field
Princess Leia’s Theme
The Imperial March
Ray’s Theme
Throne Room & Finale

All seven ‘Star Wars’ musical scores were composed by John Williams. His themes have a common bond, which were executed on ‘Film Night’ at Tanglewood. Word is out that the still-untitled Episode VIII, due out in 2017, has Mr.Williams signature on the score.

To seal the evening and the one hour plus rain break, Mr.Williams ended the evening with a rendition of ‘Hedwig’s Theme’ from the Harry Potter film.

His 44 year relationship with Director Steven Spielberg is still alive, as is preparation for the upcoming musical scores of ‘Indiana Jones 5’ and ‘Star Wars: Episode VIII’, as was discussed earlier. John Williams has five (5) Oscars, twenty-two (22) Grammys and an American Film Institute Lifetime Achievement Award.

It looks like his future at 84 is as bright as the Universe.