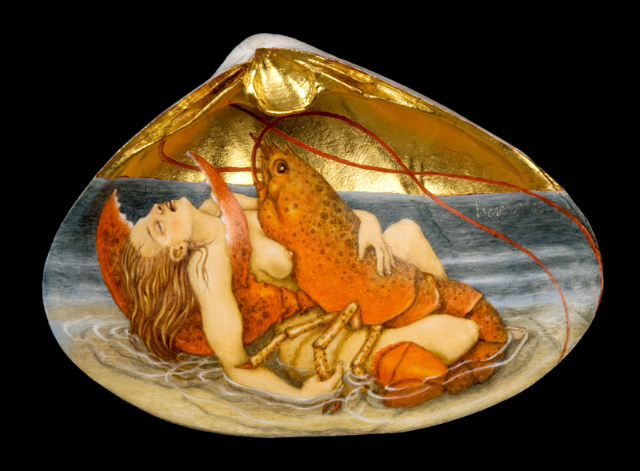 A lobster has its way with a maiden in a work by Tabitha Vevers. 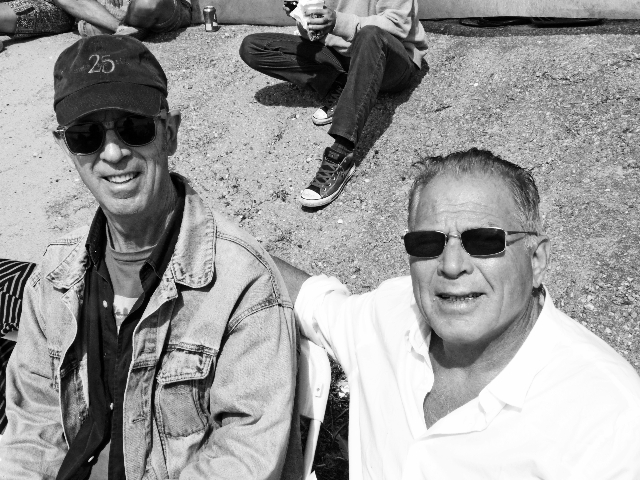 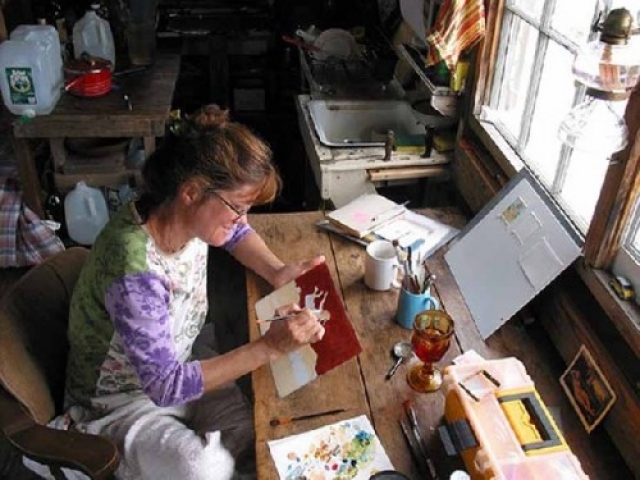 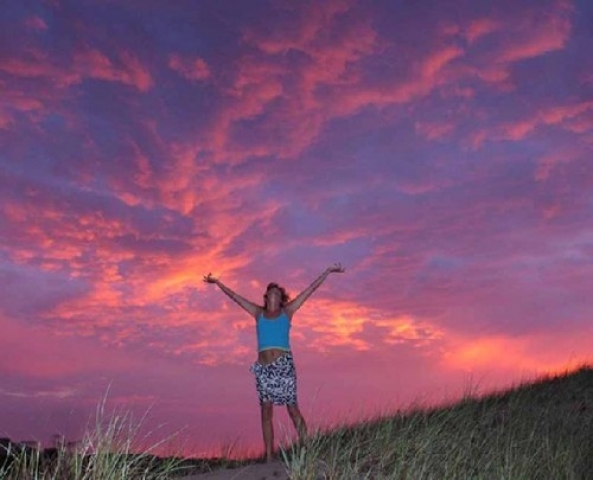 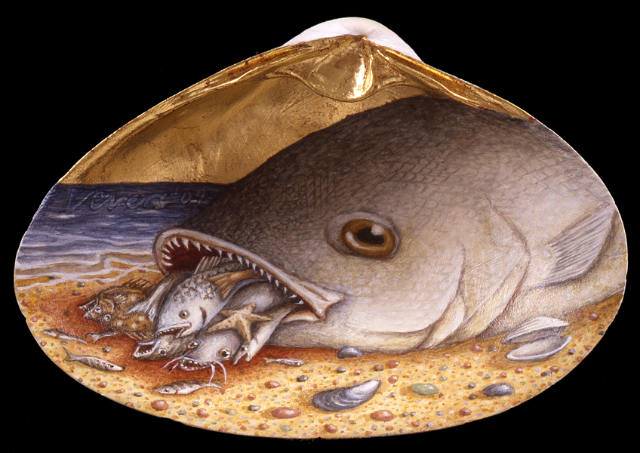 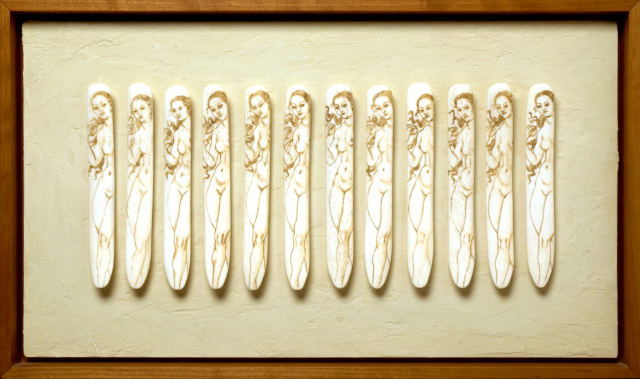 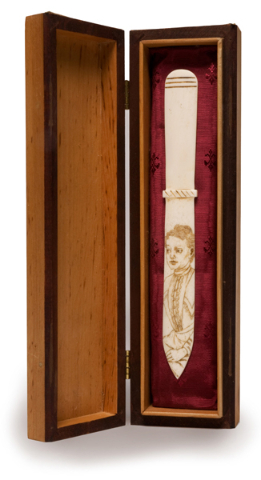 One of a kind. 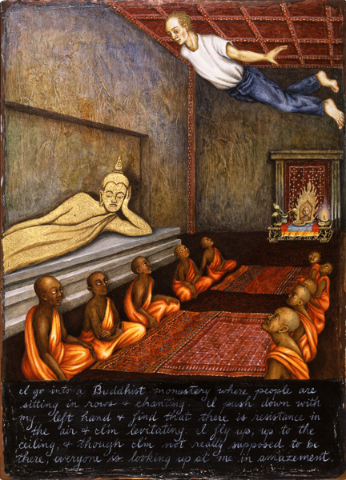 Perhaps 31 years is not a landmark anniversary.

But it is nothing short of a miracle that Provincetown Arts has been published annually since 1985.

The first issues were newspapers but along the way it evolved into a glossy magazine.

The current issue is 168 pages thick with articles and advertisements

In addition to the mid-summer magazine Provincetown Arts Press has just released "Summer's End" a collection of stories by R.D. Skilling. It is the eighth book he has published since 1974.

As founder and publisher (with Ray Elman for the first four years) Chris Busa has long insisted that Provincetown is equally important for its artists and writers. The magazine gives equal time to the fine arts and literature.

In recent years there has been a revival of theatre and an annual Tennessee Williams Festival in September. This year the festival will share emphasis on both Williams and Eugene O'Neill whose early plays were produced by the Provincetown Players both on the Lower Cape as well as in New York.

Busa, as the son of an artist Peter Busa, has deep roots in the community. He grew up with the abstract expressionists who were running buddies with his dad.

Tabitha Vevers, who is featured on the cover of the 2016 issue, also has a long tradition with Provincetown. She is the daughter of the artists, Tony (now deceased), and Elspeth Halvorsen. Tabitha and her husband, photographer Dan Ranalli, live just up the road in Wellfleet. In high season, with tourists mobbing Commercial Street, P'Town is a bit of a circus and it is wicked difficult to park.

We like to visit off season and avoid the madness.

It is a thrill to see Tabitha's work so richly celebrated with terrific reproductions. There is an eighteen page spread in the magazine. That includes a critical essay by Andre van der Wende and a short excerpt from a 2002 catalogue by gallerist and curator Nick Lawrence.

There has always been a compelling synergy between the fantasy works by Vevers and her proximity to the ocean. Some of the works are miniature figure paintings on the interior of clam shells gathered on the beach.

There is a flavor of erotica as nude women are ravished by giant lobsters.. They also float and fly as in "Flying Dreams in the Dunes" or "Flying Dreams; Invisible." Her evocative work does indeed take flight.

Reflecting on the ancient whaling tradition she has created  works like "A History of Cloning (The Creation of Eves)", a set of scrimshaw pieces framed as one work on twelve pieces of bone.

Dan and Tabitha have found inspiration camping out in Provincetown's rustic dune shacks. That primal proximity to sand and sea has found its way deeply into their work.

It may be a matter of taste, but frankly, I would rather eat a giant lobster than be ravished by one. That may be a guy thing. For a woman, however, it is arguably the ultimate sexual fantasy.

That's something to think about the next time you crack into a big red one.