What We May Be By Kathleen Clark 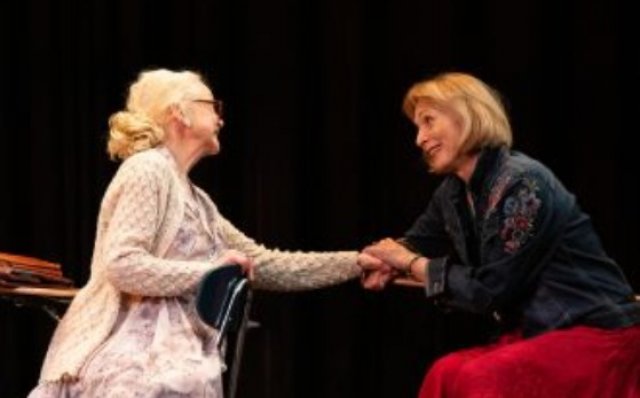 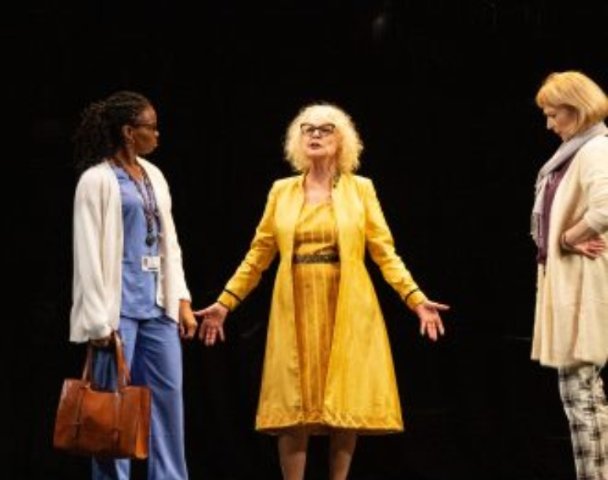 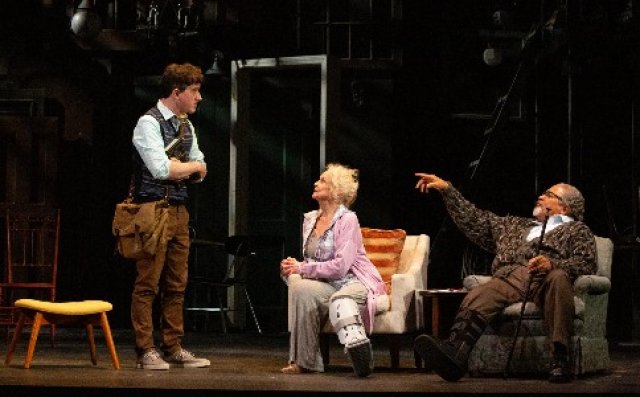 A play-within-a-play is an ancient theatrical device. That’s the armature for a world premiere comedy What We May Be by Kathleen Clark at Berkshire Theatre Group in Stockbridge. Actually, four plays within a play. That makes for a hard to follow, count them, five plays.  A welter of confusion and misdirection by Greeg Edelman it is more serio/comic and amusing than particularly funny. As theatre it lacks the laugh line of TV that underscores the gags. Without it we are clueless as to when to chime in with a chuckle.

At times it felt that we were watching Pirandello’s Six Characters in Search of an Author with a soupcon of the Abbott and Costello routine of “Who’s on first?”

The scenic design by Randall Parsons reveals the guts of an ersatz back stage. We even see that ugly steel pier that props up the roof. Most designs for this stage conceal and work around it (there are two). Here one is in plain sight reminding us, yet again, of the decades long need for renovation and cantilevering.

Projected texts above the stage identify the setting as there are minimal scenic changes. That comprises some props and furniture shoved around here and there. A gag entails not greasing the wheels of a podium. There are laughs when it squeaks and squeals.

The opening scene is identified as the green room. The aging diva of the non equity company, Lucinda Royal Scott (Penny Fuller), is sleeping on the couch. There is consternation as the performance of four short plays is about to begin. Is she roaring drunk, a possibility, or just taking a nap? Perhaps she is dead? That’s possible given her age. The president of the amateur company, and ersatz artistic director, Glen Geer (Carson Elrod) states. He expresses dismay that prodding her into performing may result in cardiac arrest.

Not to worry chimes in a tall drink of water and wannabe star Joan Stem (Dee Hoty). She knows all of Lucinda’s lines and is ready willing and able to jump in as understudy. Cue up “A Star is Born.”

There is some mash about as to who will be tasked to wake up the slumbering leading lady. Nothing works until it is stated loudly that Joan will leap into the breach. That does it and miraculously Lucinda is live and well and ready for her closeup Mr. DeMille.

It ensues that Glen has a secret but doesn’t want to upset the cast prior to the performance. With some prodding he reveals that the evening’s performance may be the last. After decades the landlord is not renewing a lease that expires in a couple of months.

Can’t he be offered more money? Not a chance. The landlord plans to tear down the theatre and erect a high rise apartment building. Can the company move? Not likely in that town but perhaps to another one. There are all kinds of complications but, for now, the show must go on.

It’s discussed that there will be enough time left on the lease for one more show. Glen would like to end with Mamet. The women balk at that. Colleen Haran (Carla Duren), whose day gig is a librarian, longs to be in The Children’s Hour, a vehicle for women by Lillian Hellman. Later Glen comes around to abandoning Mamet for Our Town.

From there it gets confusing. Willy nilly we launch into those four short plays with varying impact and seemingly no rhyme or reason. The actors switch out in multiple roles so we find it hard to chart “who’s on first” no “what’s on first and who’s on second.”

The vignettes which stutter step along include a writer’s conference in Alaska, injured elders interviewing care providers, the first meeting gone bad of a creative writing class, and an appointment at the eye doctor. It seems that new glasses and a bright yellow dress have given Lucinda’s character an exciting new persona.

The advantage of this structure is that the actors get to convey four identities including who they really are. They each have their moments but the primary schtick seems to be  competition for top billing between Lucinda and Joan.

They face off in the creative writing class. Joan is the reluctant professor of a junior college night course. There are only two students and she is intent on cancelling. Until, resplendently, Lucinda is allowed to read just one page. It’s a hankie educing factional account of the recent demise of her mother.

Lucinda takes home the gold winning hearts and minds. Joan is wonderful, but in truth, never has a chance competing with Lucinda the diva dei tutti divas. With Fuller that’s true on and off stage. Her performance almost makes this play work.

In multiple personas the young women Coleen and Summer Oliver (Samantha Hill) are versatile and charming. Coleen is poignant as the care provider for her infirm and elderly parents, Fuller, and Hal Pollock (Count Stovall). He is the least fleshed out character and as such gives an unresolved performance.

That's a signifier of the entire production which is underwhelming. There are some fine moments from a talented cast but the whole is less than the sum of its parts. What’s missing is sharper writing and better direction. Indeed, this is a play in search of an author.