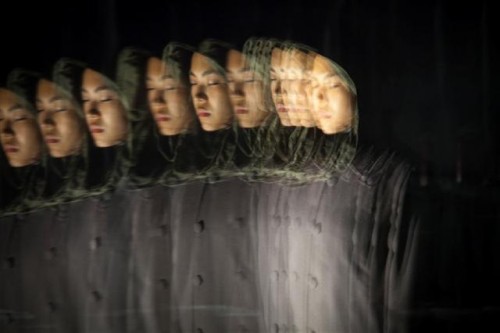 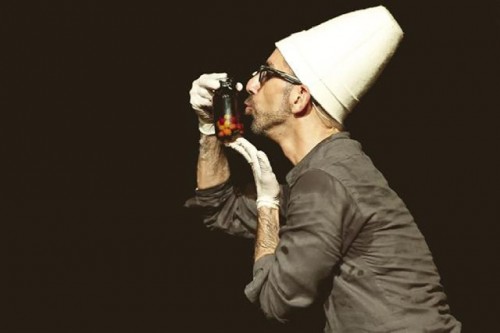 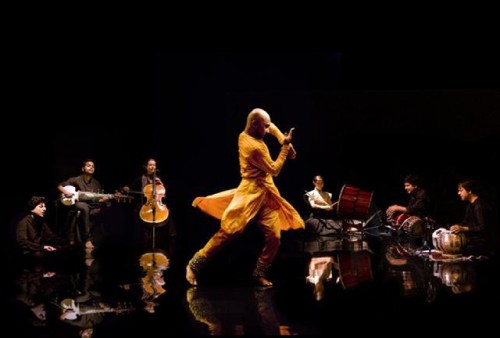 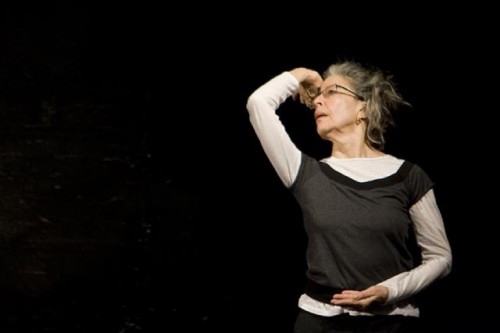 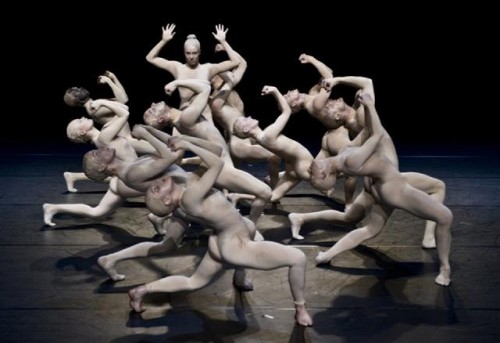 The 24th edition of the International Dance Festival “Tanz im August” is not only one of the largest trend setting contemporary dance festivals in Europe (in addition to Montpellier and Vienna), it is developing more and more into an important teaching venue for the profession as well as for contemporary dance. Organized by the Kulturprojekte Berlin/ TanzWerkstatt Berlin and Hebbel am Ufer, events will take place on numerous stages throughout Berlin, including the Hebbel am Ufer (HAU 1-3), the Podewil, the Volksbuehne and the Academy of the Arts Berlin. It is currently in full swing.  Between August 10 -25 audiences have the opportunity to observe and judge this year’s central theme: The relationship of language and movement and their many-faceted choreographed interactions in the time of the digital age.

Sounds/words are the driving forces moving forward the action on stage. Under the motto “Figures of Speech” audible or written texts take the decisive lead for the dance pieces, either as rhythmic impulses, a written basis for choreography or for a narrative within the work.

Japan’s famous Saburo Teshigawara and his company Karas with “Mirrors and Music” uses cacaphonic sounds to convey an apocalyptic ending.  Ambra Senatore from Turin mixes baroque tunes with more contemporary sounds to present the delightful ensemble work “Passo” showcasing flops and mistakes within the excellently danced episodes as humorous spoofs. Or, 70-year old Deborah Hay, a founding member of the Judson Dance Theater in New York City, will interpret in her solo a musical score in “No Time to Fly.”

Other works are moved forward by the power of a narrative.  Jan Fabre, for example, uses former Forsythe dancer Anthony Rizzi’s monologue in “Drugs kept me alive.” The movements simply underline his struggle for survival. Lisbeth Gruwez from Antwerp, The Netherlands, uses another approach in her extraordinary work. She visualizes the destructive power of the spoken word when accentuated by diabolically powerful moves and gestures in “It’s going to get worse and worse and worse, my friend.” The speech by the ultra-conservative TV preacher Jimmy Swaggart is used as background sound to the spectacular tour de force of controlled movements.

Another work, rejuvenated and updated in 2010 for contemporary discussion, is New York choreographer Ishmael Houston-Jones’ “Them” that almost led to the closing of New York City’s legendary cultural center PS122 in 1986, due to its merciless treatment of male aggression and sexuality.

A new generation of dancers and choreographers is emerging. This becomes especially evident here in Berlin with Anne Teresa De Keersmaeker’s  work “P.A.R.T.S. 1 and 2” a great promise of future choreographers. Many of them are inspired by the power of the internet, where written communication is the driving force behind any movement.

Perhaps the 24th "Tanz im August" is leading to participatory projects as in Sharon Eyal’s “Corps de Walk” where demonstrations, collective gatherings are interpreted as walks/dances. Or there is a return to show conflict of the inner self with the troublesome outside world in creative movements, as Akram Khan’s dramatic “Gnosis” proves.

The forthcoming 25th season may not present answers to these questions but it is bound to offer many new opportunities to appreciate and to learn about contemporary dance throughout the world.  Proof of the popularity of the festival lies in the numbers – the dancers and choreographers perform to packed houses.