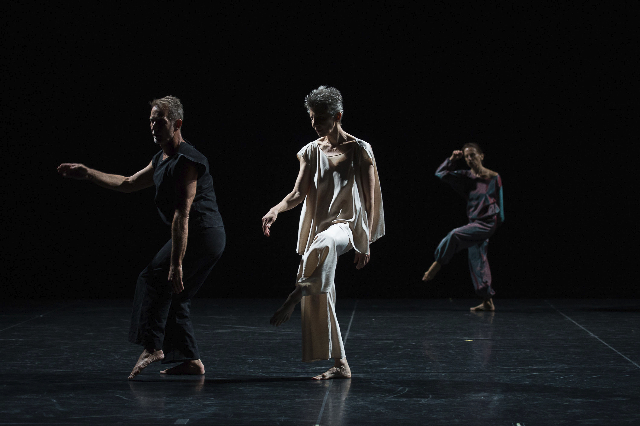 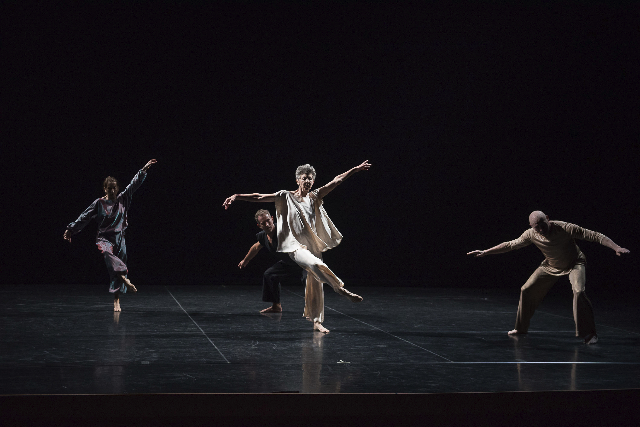 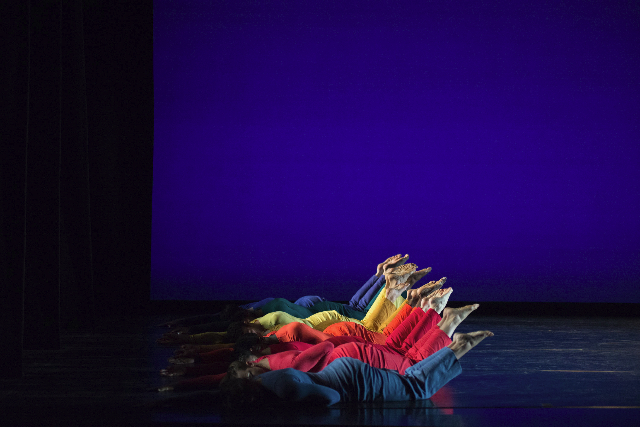 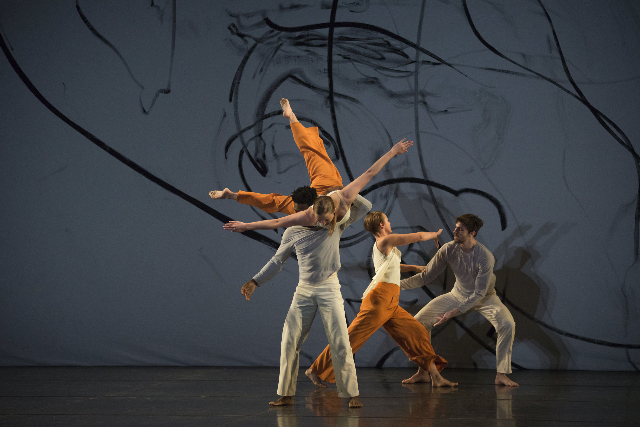 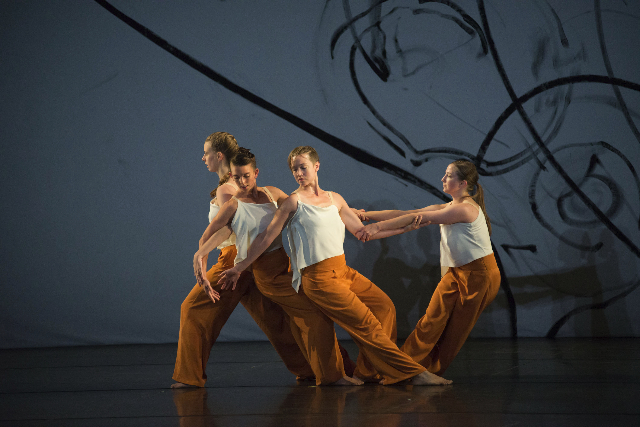 During the 85th season of Jacob’s Pillow, as it has so many times before, the company performed this week. It was a capsule retrospective of her work including a dance set to silence, Opal Loop (1980), the classic Groove and Countermove (2000) with original jazz composed by Dave Douglas, and L'Amour au théâtre (2009) set to music by the 18th  century, French composer Jean- Phillipe Rameau’s, "Hippolyte et Aricie."

Famously, in an early interview Brown described herself as "a bricklayer with a sense of humour." Like a wolf huffing and puffing to blow the house down, Brown, and other deconstructionists were intent on breaking down and rebuilding the elements of movement which eventually coalesced into dance.

Initially,  as with the work of peers from Merce Cunningham, John Cage, Robert Raschmberg to Laurie Anderson the art they created in many media was often about what it was not. In the case of Brown, for example, it was not like the preceding icon Martha Graham or Cunningham . It took the form of walking about and practitoners (dancers is not accurate for practice more about movement and improvisation) doing things that were hopefully interesting to observe.

Often their events required patience from audiences mostly comprised of like minded artists and friends. There were virtuoso elements such as seeming walking up gallery walls.

She was a founder of Judson Dance Theatre and was an influence on following generations of dancers exploring post modernism and pure movement.

Arguably in hindsight these events seem more absorbing than they actually were. Living in New York in the 1960s I had my share of confounding experiences.

Back then it was possible to rent slum apartments in the Alphabet City of the Lower East Side. Needing space artists rented lofts which they illegally resided in. There was the constant cat and mouse of avoiding the landlord.

One could almost survive and make experimental art. That’s no longer possible as young people emerge from schools with MFA degrees and years of loans to pay back. Few survive and the art is different. Not many are trying to walk up walls.

If one manages to hang in  long enough to become a dancer, perhaps with an established company and a modest stipend, it is possible to become a choreographer and form a company.

A signifier of the transition from free form experimentation, often just one or two performances, is the ability to reproduce the experience.

Brown was 44 when she created Opal Loop/ Cloud Installation  #72503 in 1980. There was a hide and seek sensibility through [Fujiko] Nakaya’s shape-changing cloud of water molecules. That was not a part of what we experienced but  was reflected in the obscurantist aspects of lighting design by Beverly Emmons.

The invited guest dancers- Lance Gries, Eva Karczag, Keith Thompson, Shelley Senter- appeared to move individually and then in tentative responses to each other. One was aware that they were veteran performers with Eva Karczag reprieving her work from when the dance premiered in 1980.

There was the sense of watching Tai Chi with waving arms, upper body movements, slow turns and a legato sense. The silence induced us to focus on the movement and perhaps concoct our own soundtrack of head music. The lack of music also denied a sense of time and there was no way of knowing how long it would last. There was the disorientation of not having a semblance of beginning, middle or end. It is the kind of demanding experience that provides satisfaction and a slap on the back just for patiently experiencing it. During intermission a number of audience members interacted with and thanked the performers.

If the first piece required disciple and patience we were rewarded by the simplicity and magnificent of the masterpiece Groove and Countermove which followed. The jazz was fluid, inventive and at times atonal but hypnotic. There were interludes from classical like scoring to screech and wail. That allowed a lot for the dancers to work with and react to.

Initially, there were two primary dancers. That endured and then one by one others would appear on stage, titiubate briefly and then scat like a cat. It would seem that the dance was over, ideas were depleted and that it would peter out and come to an end.

Then something else happened. We bolted back to attention. That played out and there was another inventive change. One of the most interesting sequences entailed a tight line facing us. Arms were thrust out and moved like a sculpture of an Indian deity.

The nine dancers were costumed in bright, different pastel colors. That made it easier to identify them particularly when they were darting about in ever more combinations.

Overall, it was one of the most enjoyable works one can remember. Most significantly for the simplicity, discipline and unpretentiousness of the dance. It was something that every viewer might view and comprehend. Oddly enough, we discovered, post modernism can be fun. Particularly when it doesn’t take itself so seriously.

The final piece L'Amour au théâtre (2009) set to French composer Jean- Phillipe Rameau’s, "Hippolyte et Aricie" had a greater degree of difficulty seemingly for the dancers as well as the audience. There were complex lifts and at times they didn’t firmly execute them. When they worked with control and grace the intricate movements were astonishing. It is the degree of challenge that adds up to points in art and the Olympics.

It is performed in front of a large background with a linear abstraction by Brown who was also an accomplished artist.