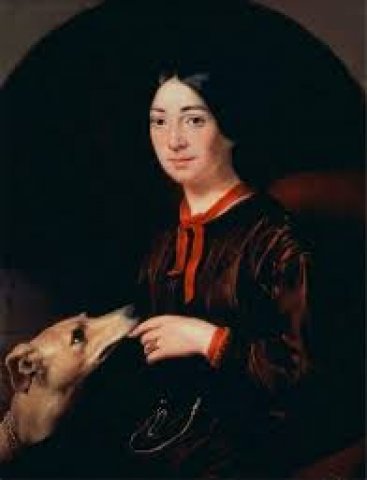 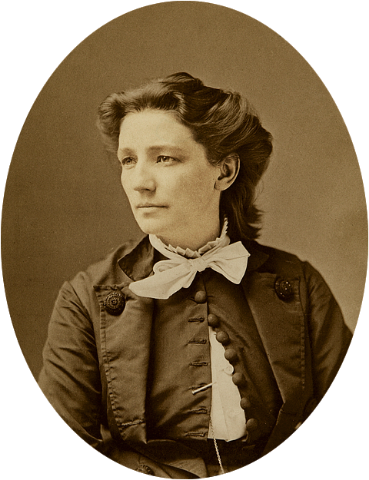 Composer Victoria Bond captures the complicated Woodhull, the first woman to run for President of the US 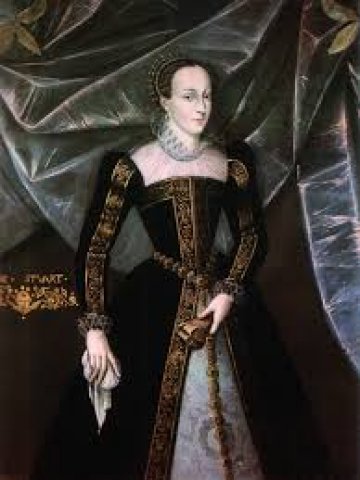 Mary, Queen of Scots, by the Scottish-American composer, Thea Musgrave 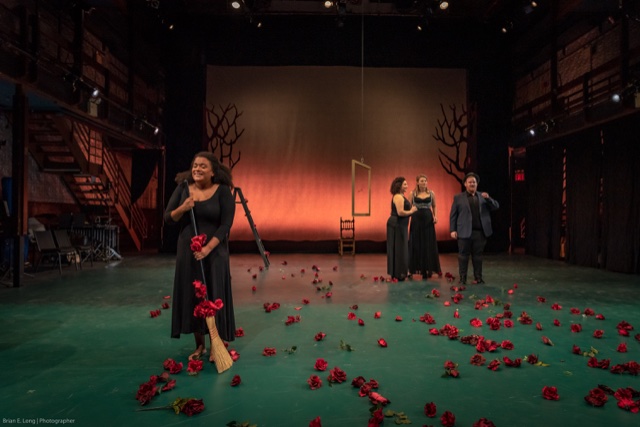 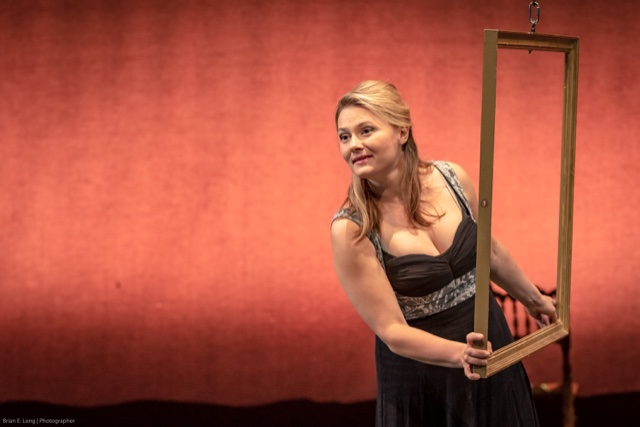 Kristina Malinauskaite, a not so wicked step sister 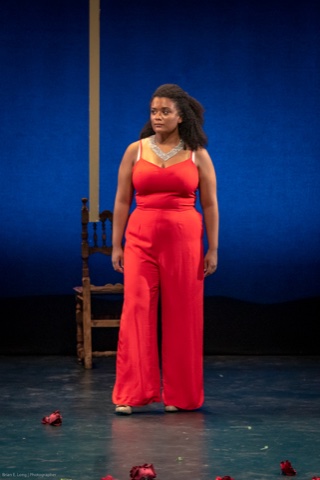 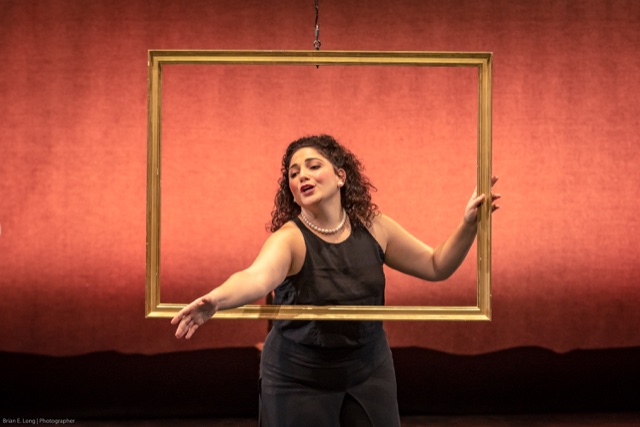 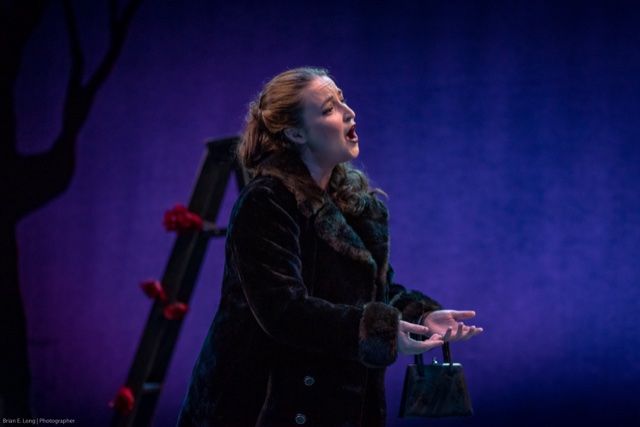 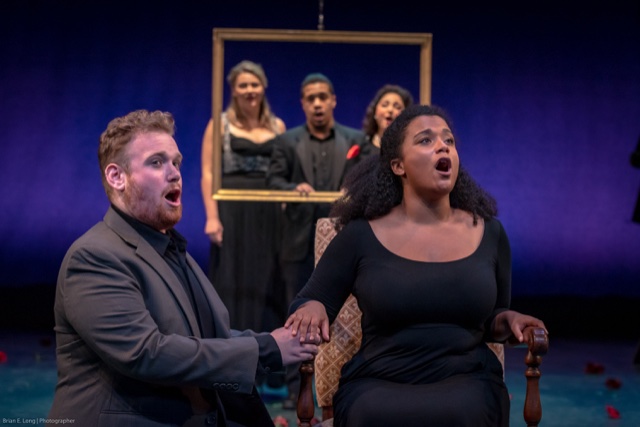 Cory Gross as the Prince in the happily ever after ending 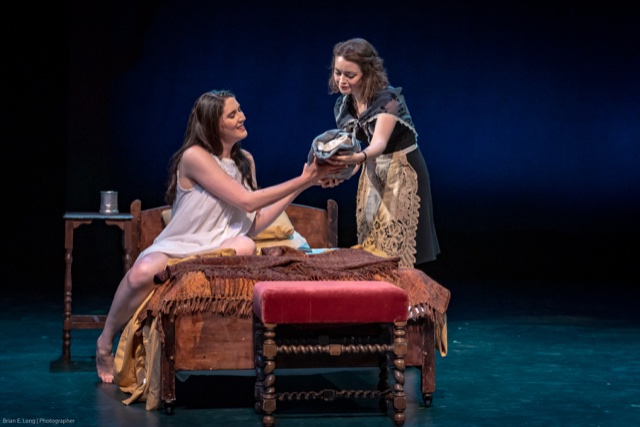 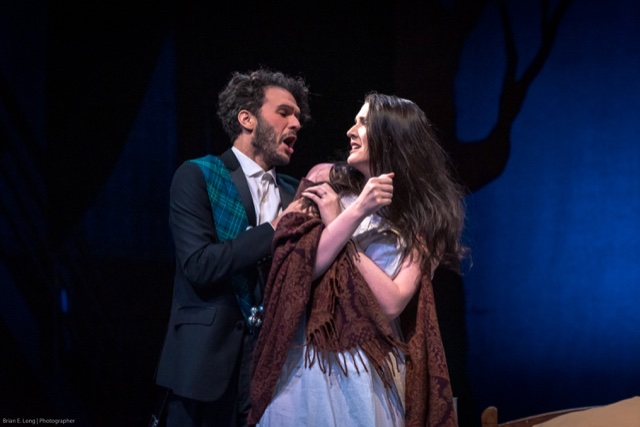 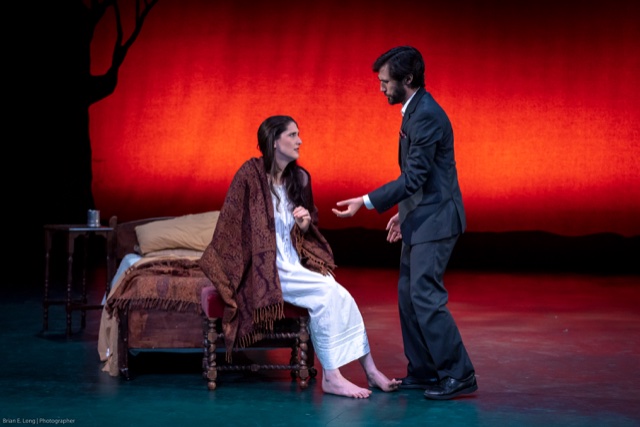 Mary, caught between lust for power and fear for loss of it. 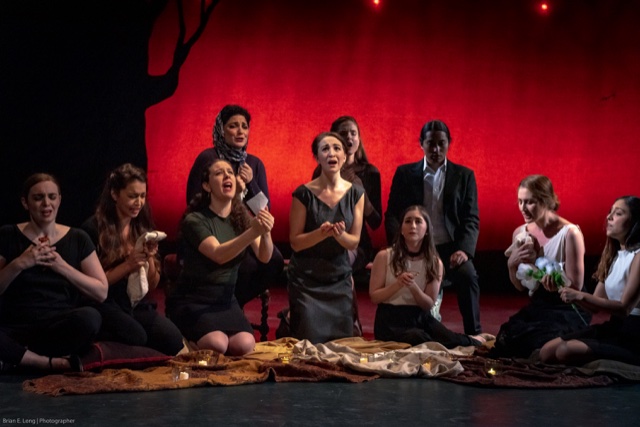 A seance with Mrs. President would be, Victoria Woodhull 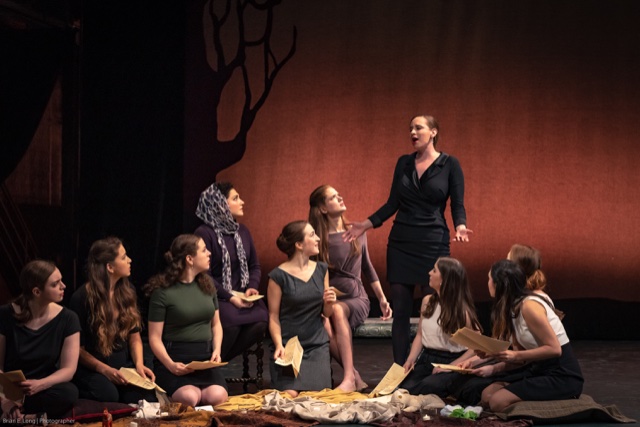 Anna Woiwood, a powerful Woodhull, announces that she will now have only a public life 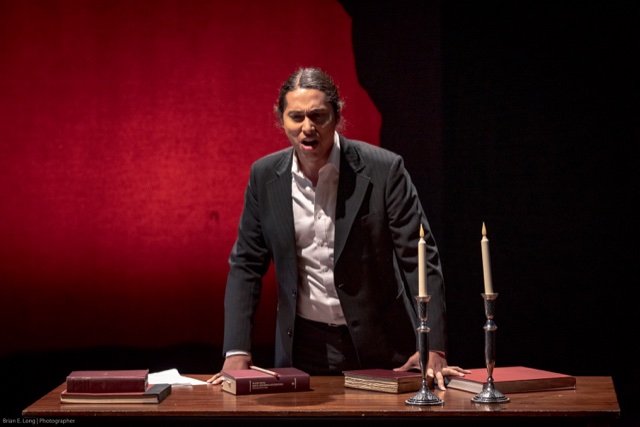 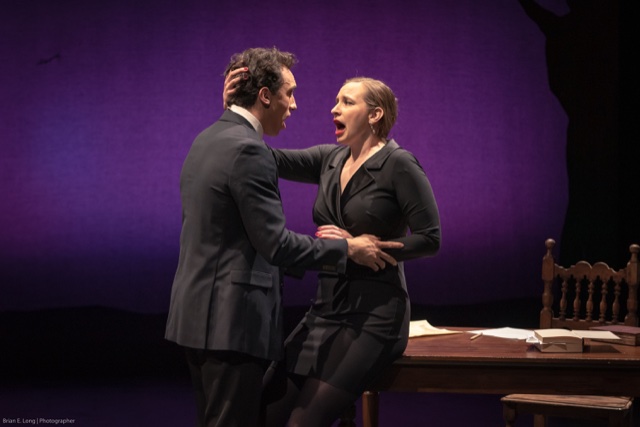 Geddy Warner and Anna Woiwood as Beecher and Woodhull, secret practicer of free love with his more open challenger 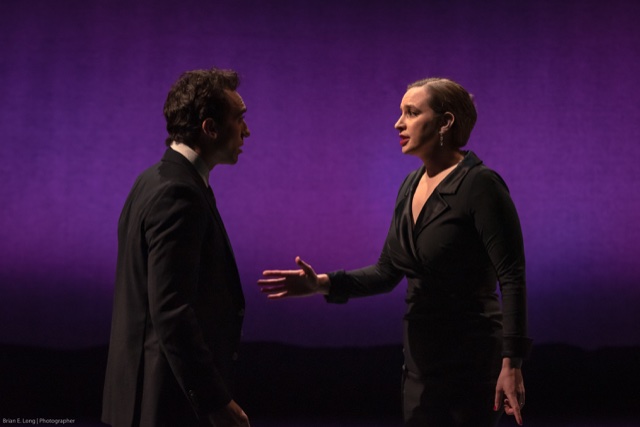 Geddy Warner and Anna Woiwood, playing with lust and fire.

Auditions for instrumentalists’ positions in Symphony Orchestras across America now taken place with a curtain separating the judges from the performer. This is to preclude decisions based on race and gender. Great conductors like Barbara Hannigan are judged on the music they create. Yet every woman, and men if they dare, will tell you that there are gender differences.

Dell’Arte Opera Ensemble, always venturesome, presented an evening in which three female composers were featured. Franz Liszt had said that in Pauline Viardot the world had finally found a woman composer of genius. Her short opera Cendrillon was performed in full. Delightfully directed by Lauren Hulbny, who gave us nuanced transitions from spoken to sung words, the story spun by, accompanied by soap bubbles and flowers, flowers, everywhere. In this version of the story, the wicked step sisters are in fact quite nice to the scullery maid. Inventive stage setting included not only the bubbles and flowers but a step ladder and an empty picture frame. These were used in clever and story-advancing moments.

Accompanied on piano, each of the characters charmed as they sang (and spoke). Particularly striking was Heather Bobeck as the fairy godmother. With a Queen of the Night range and challenge, she seems entirely comfortable uttering one gorgeous tone after another. She also has a delicate touch, which gave the Fairy Godmother a touchable presence.

Tyler Dobies as the fill-in for the Prince was charged with ferreting out who was interested in being Queen and who could really love a man. Dobies sang with a robust take on the role. Brian Alvarado was particularly noteworthy as Papa, who, after he warmed up, gave a well-acted and eagerly sung performance.

Thea Musgrave, the Scottish-American composer, rankles at the idea that she is a “woman composer.”  “When I compose, I am a human being,” she says. However, the Mary, Queen of Scots which Dell’Arte presented, was definitely a feminine take on the character. Musgrave provided gritty and emotional lines for the exiled Queen, who has just given birth to a son. In those days, the most she could hope for was that her son would become King. Emily Bishai, who directed both Mary, Queen of Scots, and Mrs. President, has a gift for combining a completely feminine character with power.

Mary’s majesty was amply conveyed by Lisa Faieta in a huge but delicately shaped voice. Her capacity for leadership, her motherly warmth and her poor decision-making where men were concerned were all detailed in song.

Victoria Bond has chosen a daring subject, as much of the moment as anything you could pick: Mrs. President. Victoria Woodhull proposed running for President in 1870. Anna Woiwood takes on this role with fervor, wiliness and duplicity. She was a heroine to be sure, but one as complicated as any of the women running for the office today. Bond does not shirk away from the challenge of presenting this huge and complicated character. Her lines are woven between firm assertions and tempting and tangled suggestions that she has a knife to wield. Bond writes music that sits particularly well in the voice.

An introductory chorus of nine, including one man, is sitting around candles, waiting for Woodhull to lead a séance. Between calling forth the names of dead husbands and fathers and asking for their help, they ask Woodhull to join and lead them. This will be Woodhull’s last group séance. She is going on to advocate free love and power for women. The choral composition is suggestive on many levels Bond decorates phrases with lovely chimes on the piano. She captures the urgent need for these women to make contact with the beyond. Weaving spoken and sung words, Bond's rhythms capture both language and emotion. It feels like a coffee clutch in candlelight. This work is a remarkable feat of composition, womanly or otherwise.

Women performed the women's roles. Viardot's kindly treatment of Cinderella's notorious stepsisters, Musgrave's rich and complex Mary, and Bond's larger than life Woodhull were all sung marvelously. Woiwood as Woodhull has a commanding voice, into which Bond weaves her ambition as a 19th century woman struggling to free herself from convention. “This was an era where a woman could not vote, could not enter a restaurant, a store, an establishment of any kind unless she was escorted by a man,” say Scott Claflin, a Woodhull descendant. "It was controversial for women to do anything. But she had the foresight not to accept the way society was.”

Ladies Night with Dell'Arte Opera Ensemble was a triumph in concept and in realization.