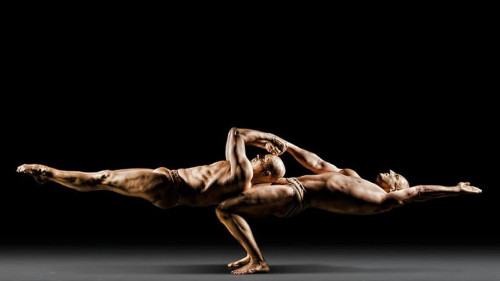 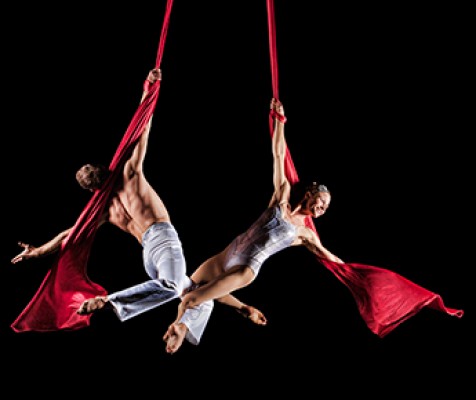 Flying about the Shed. 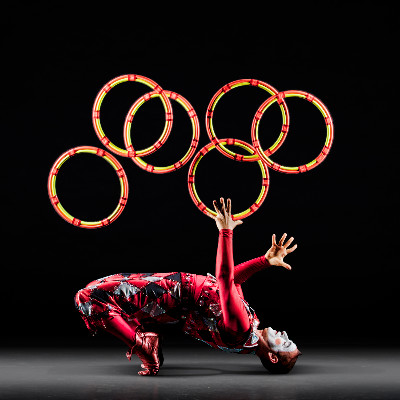 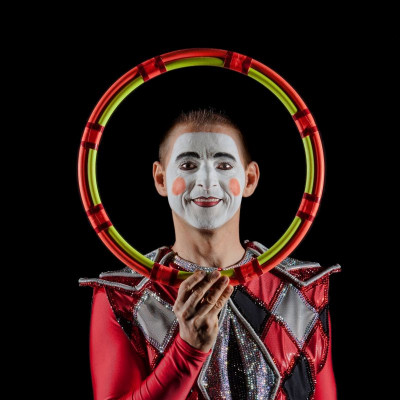 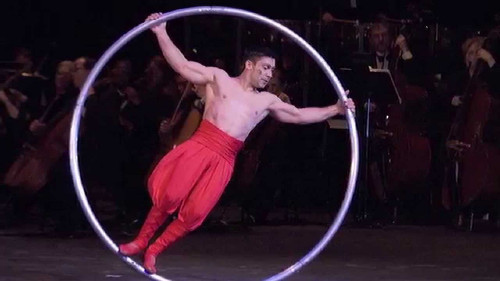 On Friday night at Tanglewood for much of “Cirque de la syphonie” the audience was looking up at daring acrobats flying around the Shed with audacious stunts, rather than watching Keith Lockhart conduct the Pops.

The evening started with a straight rendering of Shostakovich, the new best friend of the BSO under Andris Nelsons, and Lockhart leading the Pops through a rousing and upbeat “Festive Overture.”

Following with Khachaturian Christine van Loo entered. She slithered up suspended long red swatches of cloth. These she manipulated around her lithe and sparkling body. The audience gasped as she executed splits and at times tumbled down through space as she unwound the cloth twirled around her body.

With “Star Wars and New Hope” by John Wiliams we enjoyed the comic/ juggler Vladimir Traskov and his quick change and juggler partner wife Elena Trarkova.

The ever charming Lockhart told us that he had the worst seat in the house as his back was turned to the acrobats.

He was a good sport lured into a trick by the duo. With Tsarkova securely bound by ropes the duo stepped into a magic circle. A fabric surrounded them for several minutes. We could see a lot of movement against the outer surface.

When the circular curtain was dropped we were stunned to see her again bound but this time wearing Lockhart’s white jacket. How on earth did they manage that as well as her quick as a flash multiple costume changes.

As much mime as juggler the husband of this merry pair kept the hoops in the air.

With intervals of pure music and then accompaniment we enjoyed other members of the all star troupe.

The strength and feats of Alexander Streltsov and Vitalii Buzka kept us enthralled. Irina Burdetsky manipulated hoops around her body at times using a staggering number of them.

As if to tease and entice us, Lockhart who enjoyed being Ringmaster for a lively evening of Pops, asked if we would like to see one more.

With their bare bodies and shaved heads covered in bronze we marveled at the strongmen Karek and Darek. One was the bottom or anchor while the other assumed positions with his hand on his partner’s head. At one point they extended horizontally like parallel bars.

The audience left utterly entertained after a really fun evening of Pops.

It was like the ancient Roman pane et circences. But gluten free.