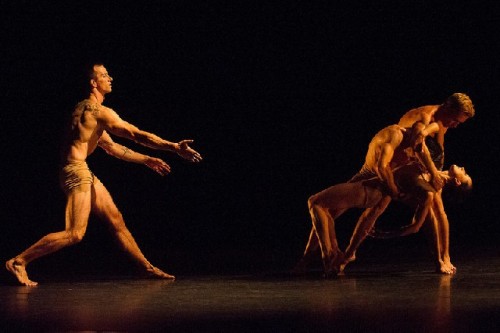 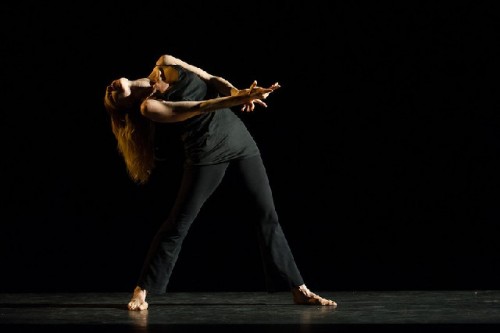 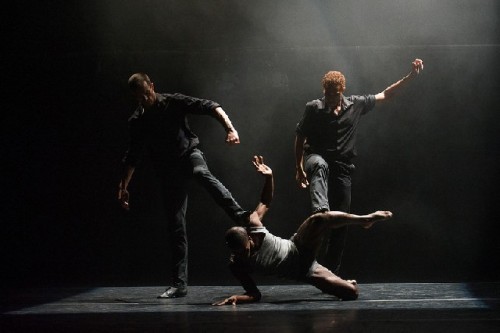 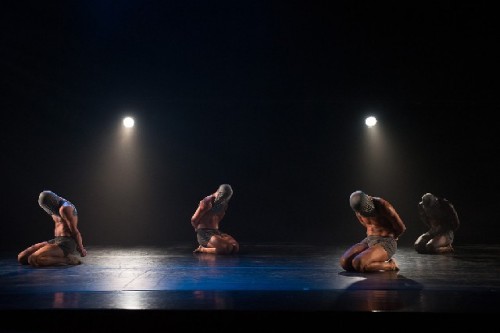 Martha Graham (May 11, 1894 – April 1, 1991) was 89 in 1984 when she came back to Stravinsky’s masterpiece The Rite of Spring (1913). She had performed the central role of The Chosen One in the American premiere choreographed by Leonide Massine and conducted by Leopold Stokowski. The performance helped to establish her as a leading American dancer then choreographer and pioneer of modernism.

The company she founded in 1926 continues to perform her iconic works as well as commission new works inspired by and an extension of her spirit and style.

For the final weekend of the 81st season of Jacob’s Pillow Dance the company offered a diverse program that included her 1948 allegory of aspects of love Diversion of Angels, three commissioned works Lamentation Variations (2007), Rust (2013), then an intermission followed by the galvanic Rite of Spring (1984).

In the best possible conclusion to the season we were presented with both Graham as an icon of American dance as well as the legacy she spawned that continues with vital energy, creativity and originality.

While the evening opened with aspects of love in a joyous, vintage celebration of the Graham style, what followed grew ever more dark with themes of grief, the devastating losses of 9/11, the tortures inflicted on terrorists by our government, then the ritual sacrifice of a maiden to the Gods of Spring.

After that first graceful, lilting and poetic opening we hunkered down for a rather dark and richly aesthetic evening.

We much enjoyed the period piece Diversion of Angels as a kind of bookmark and signifier of the Graham style which was so transformative in establishing a new, fresh and original form of American dance. It was a part of a phenomenon during the Post War era when the American arts were signifying a break from the hegemony of Europe and Paris as the matrix of modernism.  Arguably, Graham was to dance what abstract expressionism was to the fine arts. Add to that era Hollywood, jazz, blues, and rock ‘n’ roll.

It was  a time when authors were struggling to write The Great American Novel. American themes were being elevated from popular to high art.

For Graham her practice entailed creating the dance then commissioning its music. In 1944 this resulted in that most American of modernist creations Aaron Copland’s music for her dance Appalachian Spring. Such themes were no longer viewed as provincial compared to the Old World traditions of ballet.

Opening with Diversion of Angels with its geometric lines and wide arms in very clearly enunciated choreography provided a primer of what was viewed as fresh and revolutionary for its era.

With the Yellow couple this allowed her to dash about with unabashed energy including spectacular leaps to the shoulders of her partner ending in a gasp inducing crouch. We were scorched by the sexual heat of the appropriately Red dancer and charmed by the grace of the White dancer. While well partnered the intensity of the three stages of love were focused on the female dancers.

Using vintage film (in this instance silent but originally with a piano accompaniment) of Graham in a kind of fabric tube which she slowly stretches and accentuated like a skin or cocoon. The company has commissioned dances inspired by this footage. As artistic director Janet Eilber explained to the audience, with very little money, they approached friends of the company to create brief dances. This is an ongoing project now with six or eight dances of which three were presented at Pillow.

The audience was enthralled by the brief vintage footage. Graham evoked the most profound sense of grieving. Following the film clip she described the poignant response of an audience member who had seen her child killed in an accident. The three variations brought us deeply into our own senses of loss and memory. The first two were intimate and personal then the third was literal and didactic. The final segment presented a simulacrum of the falling down or leaps from the towers during 9/11.

After an interval we were presented with the anguish inducing Rust with literal and wrenching images of torture of prisoners, poses and gestures seemingly captured from purloined photos from Abu Ghraib and Guantanimo Bay. It ends with prisoners with hoods over their heads being shot one by one. While our government condones torture of known terrorists as necessary to unearth attacks and save lives it also fuels the rage and retaliations of terrorists.

We don’t wish to take sides in a widely divisive argument but let us say that, as presented here, there was a macabre beauty to the dance which also probed deeply into the psyche exploring complex moral dilemmas. It was an experience that lingers and disturbs.

The original Rite of Spring caused riots in Paris in 1913. It was performed just a few times and again in London when the Diaghilev Company toured. The dancer and choreographer Vaslav (or Vatslav) Nijinsky (1889/1890 to 1950) at the time was a lover of company director Diaghilev. Shortly after the premiere of Rite of Spring he impulsively married a member of the company and was immediately fired. After attempts to tour and manage his own company his mental state deteriorated. By 1917 he was confined to an asylum where he spent the rest of his life. He was forgotten by the dance community and only his wife came to visit him.

For a variety of reasons the dance was viewed as a catastrophe and removed from the repertoire. It has enjoyed another life as an orchestral work. The version that Graham performed was by the later Diaghilev choreographer Massine. With meticulous research by dance historians a recreation of the original Nijinki dance with an approximation of sets and costumes was staged by the Joffrey Ballet in 1987.

During a talk back following the performance last night I commented that the Graham dance is and isn’t like Nijinski's. I asked Eilber what archival resources Graham used in her 1984 version. The Graham dance was entirely her own creation with perhaps memories of the Massine version.

Eilber repeated the well know anecdote of how Stokowski objected to casting such a non traditional dancer and the struggles to work with her. Finally relenting to her will asking what she wanted to do. “Get me out of these damned boots” was her famous response.

In her version we were surprised to see the men in black briefs and the women in form revealing tops with long, flowing skirts. The set design was minimal and stark. There was absolutely no reference to ancient Russia as the setting for the ritual sacrifice. In the Graham manner all of the dancers are bare footed.

Commenting on the difference between the original and Graham’s version Eilber informed us that it was staged as a South West Native American ritual. But because of a flood those original costumes and sets were lost and not replaced. So the dance now has a minimalist universal look.

Through many filters one can still feel Nijinski’s spirit in the primitivism of movements of circling, stamping. There is the relentless cacaphony of passages of the score which ratchet up the emotional frenxy of the sacrificial ritual. In the Nijinski version following ever more convulsive movements The Chosen one is surrounded by a circle of wolves which close in and devour her. In the Graham dance the demise is more abstracted as The Shaman ensnares her by winding her up in a very thick rope.

To an audience in 1913 Rite was an affront and assault on the senses accelerated by the most primal, visceal and evocative score ever composed. It is the masterpiece of Stravinsky and arguably the greatest musical composition of the 20th century. Familiarity over the past century has hardly dulled its originality, passion and power.

It is intriguing that Graham came to it so late in life. The explanation is that it was a reversal of her practice of creating first the dance and then commissioning the music. It was completely unlike her to set a dance to such an iconic score.

It was her penultimate masterpiece and the culmination of a lifetime of creating dance. It is astonishing that, considering her advanced age, she undertook such a daunting challenge.

Given the anniversary there will be a number of such attempts to transfer Rite of Spring from concert hall to the stage where it originated. What we saw last night was pure raw energy particularly in the demanding roles of The Chosen One, Xiaochuan Xie and The Shaman, Ben Shultz.

We had anticipated seeing the Graham Company as an evening of nostalgic, benign modernism. Not really. The program shook our very core and shattered the complacency of heart and soul. It was the essence of the power of art, like Dante’s Inferno, to take us to hell and back. To catch a glimpse of that land from which no traveler returns. This was an evening of Shamanism and the darkest of arts.