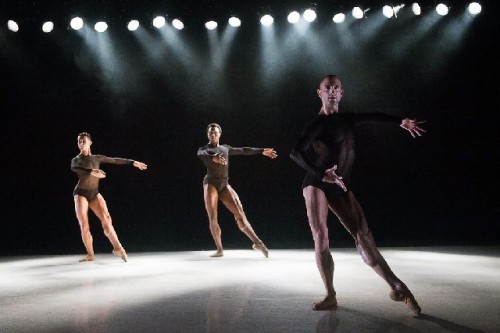 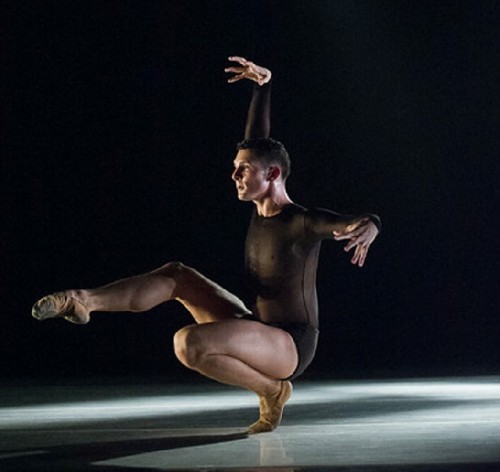 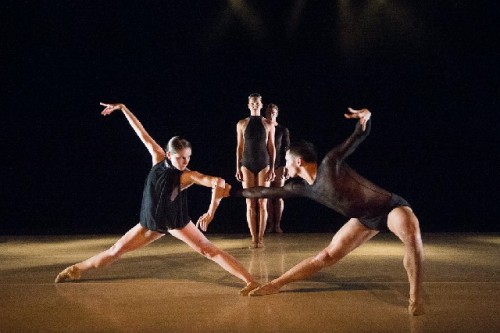 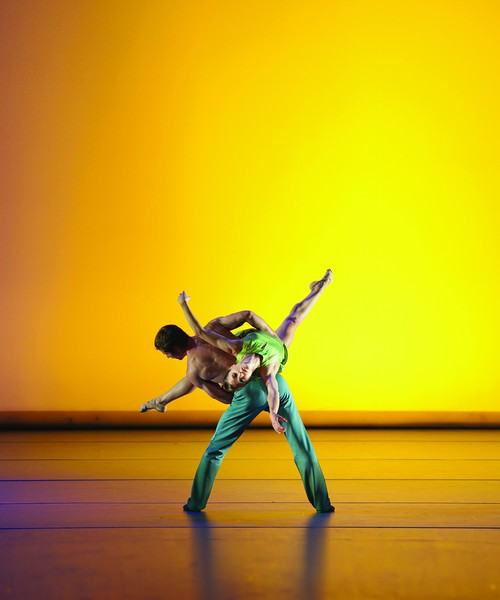 The pastel shades of Over Glow. Sharen Bradford photos. 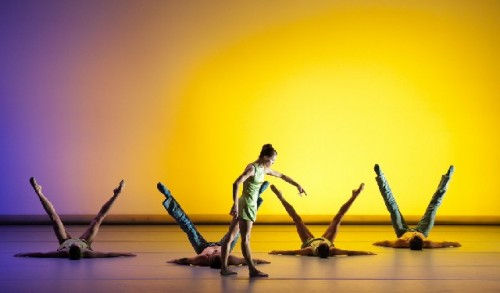 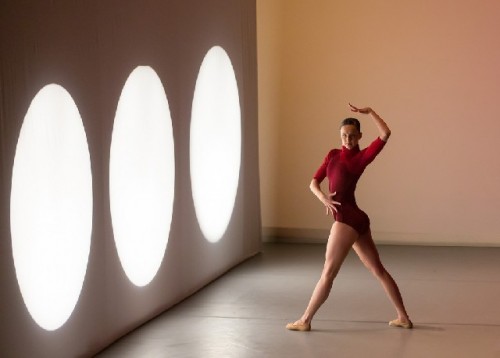 Side lighting for The Heart(s)pace.

Yesterday an afternoon performance by the 18-year-old company in its fifth Berkshire appearance, Aspen Santa Fe Ballet, brought the 82nd season of Jacob’s Pillow Dance to a conclusion.

The mandate of Pillow is to present the full range of global dance from traditional ballet, companies rooted in ethic traditions, to cutting edge contemporary. This season has been no exception providing very privileged Berkshire audiences with a rich spectrum of dance.

During her introduction Ella Baff noted that Aspen Santa Fe Ballet has been a favorite of Pillow audiences. The primary appeal is that, while rooted in the disciplines and training of classical ballet, this is nuanced by a range of commissions that conflate traditional European derived and contemporary choreography.

As we have seen through works by many companies today this approach is less than unique. It is inevitable that one engages in critical comparisons. One longs for a wow factor that makes a company singular for its energy and athleticism, originality, style or personality, and degree of difficulty in risk taking.

With a program of works by three choreographers it was challenging to come away with a strong and lingering signature for a superbly disciplined and nuanced company that while varied and adventurous was, for me, oddly less than the sum of its parts.

In the first piece, with strong music combining Beethoven and Mendelssohn, Over Glow, chorograophed by Jorma Elo, it was difficult to surrender and fully engage with the experience. In the dance by Elo each note of the score was enunciated by often quirky movements. While the overall form was classical, accentuated by the selection of music, the execution poked at our notions of the traditional.

In a departure from tradition much was made of the arms and hands of the dancers. Bodies were doing odd things. It was jolting to see classical dancers gyrating and shaking about. As has become the norm for contemporary dance there was gender neutrality in the combinations of partnering and trios. In seeming dominance a woman circled three male dancers lying on the floor  with their raised legs opening and closing. At another interval a woman was seemingly dead while a male presided over her.

Evoking the snap the whip of a skating pond from time to time a woman was sprung from the group and sent running about. This climaxed when she leaped into the arms of a male dancer. With a surprising touch her legs kept running. The impact of this unique move was reduced  by repetition.

The stage was brightly lit with pastel walls that accented short dresses with loose hems for the women with bare chests and pants for the men.

The unique, quirky hand and body movements were arresting but confusing. Was Elo pushing the envelope or edging toward but not quite reaching parody and humor? This felt like a serious piece which could have been pushed further.

A completely different mood was evoked in Beautiful Mistake by Cayetano Soto. For me it was the most absorbing, indeed stunning, piece of the performance.

Everything came together from the original music of Olafur Arnalds and Charles Wilson, classical in feeling with percussive accents, the moody lighting and smoke of Nete Joseph, and the intriguing unisex, gauzed, black costumes of Nete Joseph.

The music evoked a sense of foreboding with ominous passages.

While hardly literal it felt that there was a dramatic undercurrent to the piece. It drew us in and seemed abrupt when it ended. We were jolted out of reverie.

The choreography by Nicolo Fonte was starkly lit by Seth Johnson. In some parts the dancers were energized by large bright circles of light filtered through scrims. The dance entailed both slippers and passages of toe shoes for the woman in a classical pas de deux.

There were elements of the dance that featured a group on one side of the stage and a male soloist on the other. There was a variety of framing and profiling. More than just dance movements Fonte is concerned with composition, design and sight lines. He combines the eye of a designer with the movements of dance.

Yet again Astrid and I drove home with a lively discussion of what we had experienced. We debated what I mean about a wow factor. When and how it is applied? Or if it should be?  Companies evoke different expectations and we should be open to a range of experiences. Particularly today when there is no paradigm.

What we strongly agree on, however, is that a summer of Pillow is wonderful beyond compare. It is among the reasons why we live in the Berkshires.