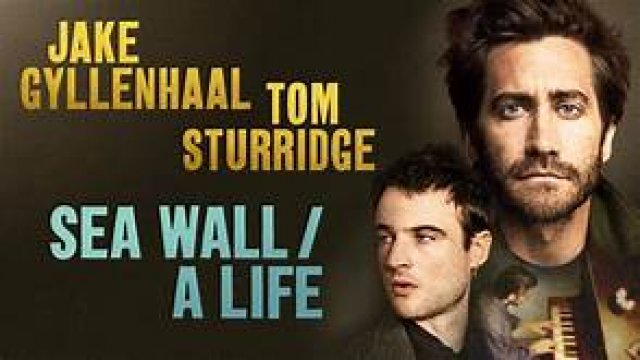 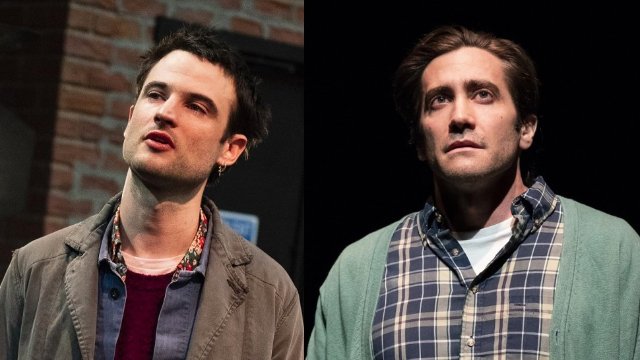 Sea Wall/A Life, two-one act plays now at the Hudson Theater in New York City through Sept. 29 takes you on an emotional roller coaster. In part, this is due to the spectacular performances by Tom Sturridge and Jake Gyllenhaal.

Each commands you attention as he performs one the monologues that make each play.

A connecting link between the two plays, Sea Wall written by Simon Stephens and A Life by Nick Payne, is birth and death and tenuous connections we have with both. They are also about men loving and showing emotions.

As Gyllenhaal’s character says in A Life, and I paraphrase – we don’t plan for death as we do for birth.

The production starts with Sea Wall with Tom Sturridge as Alex. Alex interweaves a story of his first encounters with his soon-to-be father-in-law, a retired military man with the tragic events of just five weeks ago. It can take you some time to realize the sequences that occur, because like most stories, his isn’t told chronologically.

Most of the events take place while visiting Arthur (his father-in-law) in the south of France where he has retired. During the course of the brief 45 minute piece we become emotionally involved as Alex recounts his first meeting with Arthur, his marriage with Helen, the birth of their daughter, Lucy and the events just passed.

Stephens – who wrote The Curious Incident of the Dog in the Night and Heisenberg – uses various sea metaphors as symbols during the play. The sea wall of the title at first refers to an early meeting between Alex and Arthur, where Arthur takes him scuba diving to what Arthur calls “the sea wall” where the sea bottom drops precipitously. As Alex says, he thought it was just a gradual decline.

Sturridge gives a controlled quiet performance; at time he pauses and momentarily you may think he has forgotten a line, but no – he is just letting Alex gather his thoughts and getting his emotions under control. It is masterful.

A Life, the second piece features Gyllenhaal with an equally controlled and emotional performance. This monologue has more humor in it, which balances the first play.

Gyllenhaal plays Abe who tells us about the almost simultaneous birth of his daughter and death of his father. You might not think there are light moments in that, but pregnancy and birth can lead to multiple comic moments.

Witten by Nick Payne, it seemed as though the symbolism was more heavy-handed from references to John Lennon’s “Imagine” to his repeated line,”I’m not going anywhere.” Abe also talks about the three types of death – the death of the physical body, the emotional death (often at burial) and the final death – the last time the person’s name is spoken.

Both plays take place on the same austere set by Laura Jellinke. A stark dark brick wall – almost black with a walk way half way up and ladder leading up to it. The stage is practically bare except for a piano which is only used in the final moments.

Director Carrie Cracknell has each act begin with the actor turning off the house lights and turning on the stage lights. As you enter the theater, you see Sturridge on stage walking about and, at one point, climbing the ladder.

Cracknell has also staged thee ending of the second play effectively. As Abe goes to the piano and plays some of “Imagine” we see Alex on the walkway facing in the opposite direction. They are together but also separate.

These plays and the performances have stayed with me; they are well worth seeing.