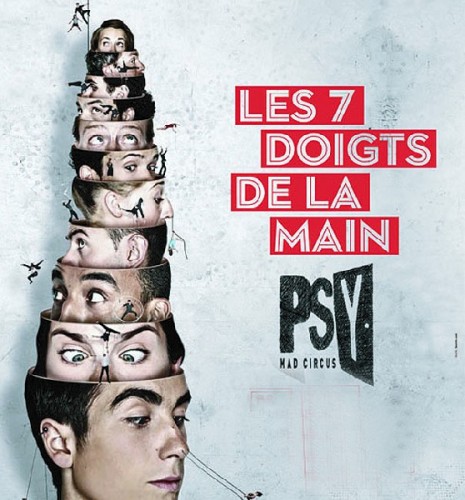 The third season of acclaimed international theatre programming by ArtsEmerson: The World On Stage continues with what is quickly becoming a beloved Boston tradition - the return of Montreal-based high-energy movement artists Les 7 doigts de la main, with the Boston premiere of their newest show, Sequence 8.

After blowing the minds of Boston audiences with PSY, Les 7 doigts de la main returns with their sixth and newest creation, Sequence 8, giving Boston another chance to witness their incredible movement-based artistry, and their special talent for bringing humanity to the circus arts. Combining the intimate and the spectacular, Sequence 8 heightens emotions until they spring into action and relationships transform and evolve until they create actual velocity. Set not in a specific time or place but rather on a vertical canvas of sorts, this acrobatic dance and theatre piece contemplates the role of the "other," and how we define ourselves through and against it.

ArtsEmerson is proud to be a co-commissioner of Sequence 8.

Recommended for all ages

On sale now at ArtsEmerson: