Streaming This Month on FX 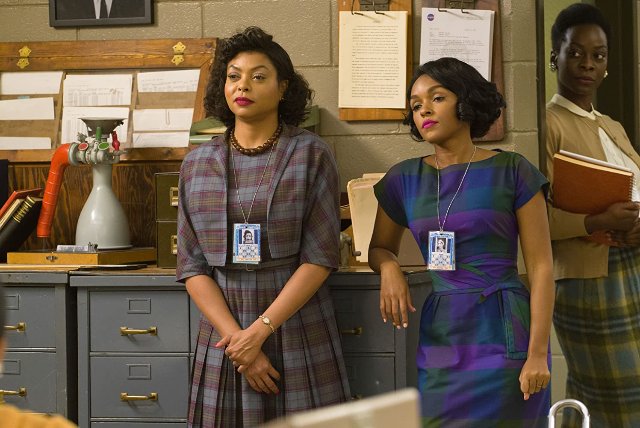 The 2017 sleeper hit movie “Hidden Figures” began its worldwide $ 326 million dollar box-office bonanza with the relatively small budget of $ 50 million dollars.  Those kind of figures (no pun intended) put a wide smile on the faces of 20th Century Fox executives when all was said and done.

The story and cast responsible for its wide appeal put smiles, as well, on the faces of its stars: Taraji P. Henson, Octavia Spencer, Janelle Monae, Kevin Costner, Jim Parsons, Mahershala Ali, Kirsten Dunst, and Glen Powell as John Glenn.  It proved once again that creative quality films, intelligently written by talented writers, sensitively played, in this case, by an inspired cast all under the insightful, smart direction of Theodore Melfi, can indeed entertain audiences worldwide without a single F-bomb being uttered.

Set in 1961 “Hidden Figures”, centers around the true and factual story of three brilliant African-American female mathematicians who worked at the Langley Research Center in Hampton, Virginia, during America’s odious Jim Crow Law era – from 1887 to 1964.  The Civil Rights Act of 1964 finally nullified the repellent second-class distinction Jim Crow law, by recognizing that all citizens of America are to be accorded full and equal protection under the law authorized by the US Constitution.

There have been many bodies lost on the barricades over the centuries.  However, it took the courage of African-American woman Rosa Parks who refused to give up her seat on a public bus to a white passenger that set in motion the ‘freedom’ movement which requested that all racial discrimination and segregation laws be declared unconstitutional.

The “Hidden Figures” screenplay written by Allison Schroeder and Theodore Melfi is based on the eponymous non-fiction book by Marge Lee Shetterly which scrupulously followed the key NASA events in her well documented book.  Some critics of the movie however, felt that technically speaking, screenwriter Schroeder and director/co-screenwriter Melfi injected a character or two which altered somewhat the dramatic intention of the book Ms. Shetterly authored.  However, she, didn’t find that to be an issue in the movie.

Melfi and Schroeder countered that the character of Al Harrison the chief project engineer as played by Kevin Costner, was a composite character of several NASA managers.   Harrison is grumpy at times, consumed and focused to the project at hand is charged  with the important and critical assignment of getting astronaut John Glenn to orbit the earth several times and then bring him safely back to earth to tell us what he saw.  Yes. That’s an ulcer-producing assignment and it’s all true; based on facts.

Harrison was a constant gum-chewer, no doubt to calm his nerves, and was a NASA manager who didn’t suffer fools easily. His frustrations over having to play catch-up with Russia’s space program success of sending a man into space, albeit, sub-orbital effort earlier, is what drove the American space program.

Director Melfi ignored his critics knowing a government project like space travel required the coordinated efforts of thousands of highly skilled employees, so compressing the timelines, and the number actors required to produce what the scientists and engineers did for rapt audiences and the government, was definitely worth the effort.  Above all, he had to produce a very compelling movie that involved three African-American families and how they each fit into this terrifically entertaining movie story puzzle.

In a side bar regarding filmmaking for or about a government entity: I wrote, produced, and directed industrial and marketing films for five years often arm-wrestling with the client as what to keep or remove; to listening to ‘that’s not exactly how we do this or that’.  Once my script was approved to go, I’m the person accountable for the end product not the client.  So, I can empathize, in a small way with Mr. Melfi’s plight.  And, the beat goes on….  But I digress.

The technical aspects of space travel is a bit old hat now, but some 60 years ago it was mind-boggling stuff.  Compelling stories with issues that confronted everyday life, however, are still the best sources for making movies.  It’s still the best way to watch talented actors do their thing for audiences, except here they’re doing it in front of camera.

“Hidden Figures” is blessed with a terrific cast led by Tariji P. Henson as Katherine Johnson, a young widow with three young daughters to raise.  She is mathematical whiz in quantum geometry and possesses a mastery of numbers bordering on genius and works in the NASA East computer division, with her two friends Mary Jackson (Janelle Monae) an aspiring engineering candidate, and Octavia Spencer as Dorothy Vaughan, who runs the East Building Computing department as its temporary Supervisor, but is waiting for her promotion to full Supervisor.  All are women of color in this NASA facility located in the East Wing of the complexes of offices.

The beauty of “Hidden Figures” lies in the power of its poignant and inspirational script performed by a fabulous ensemble cast. There are three Academy Award winners up on the screen of your computers to appreciate:  Costner, Spencer, and Mahershala Ali.  We’re all stuck at home riding out this pandemic, so streaming services and platforms are your options at the moment.  Check your TV listings to see when “Hidden Figures” will be streaming or screening in your area again.  I viewed it on the FX channel last week. If you’ve seen it before, see it again.  It’s definitely worth a second look.