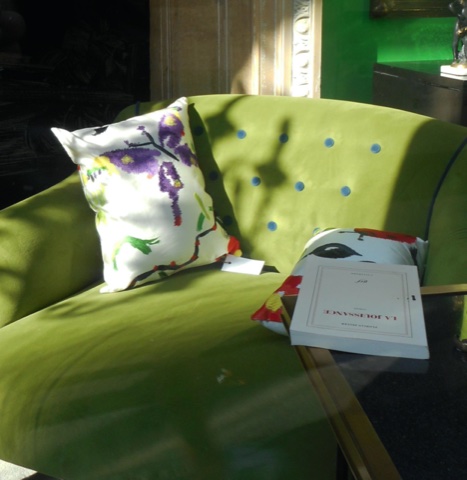 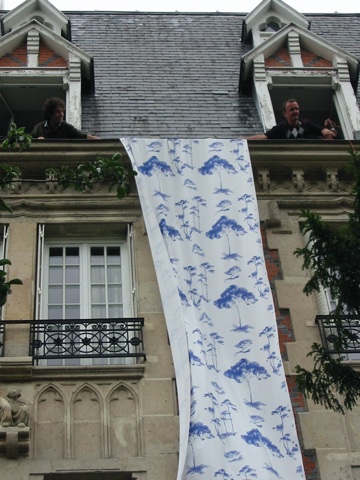 "Falling from the Sky" 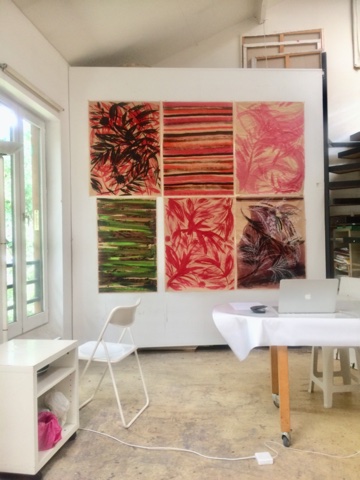 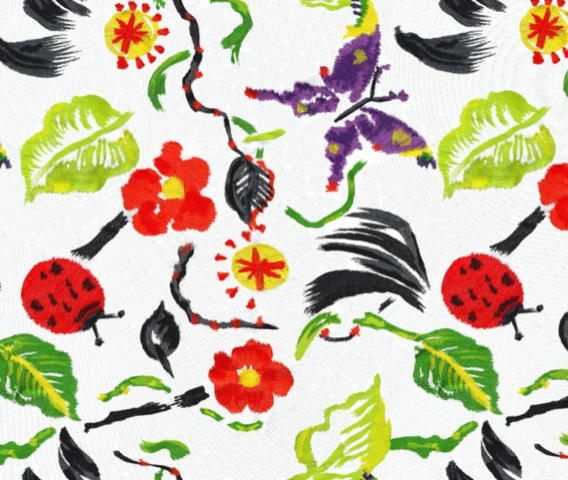 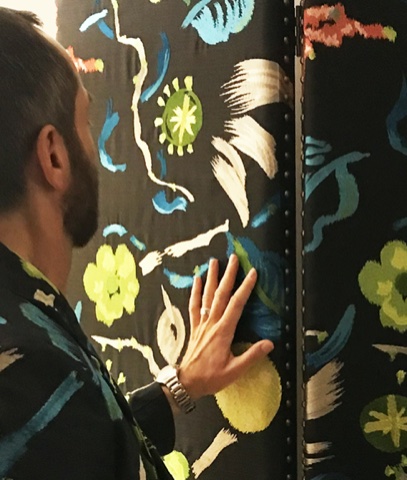 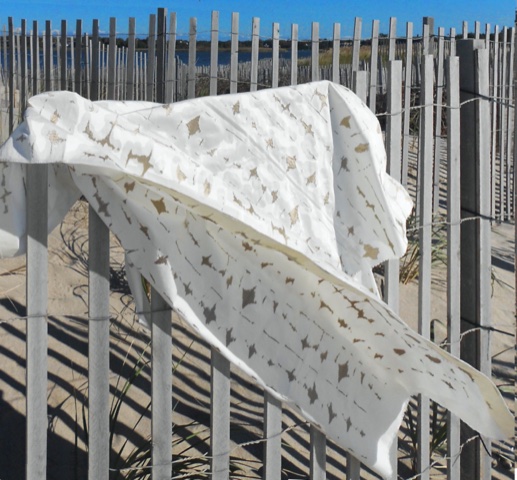 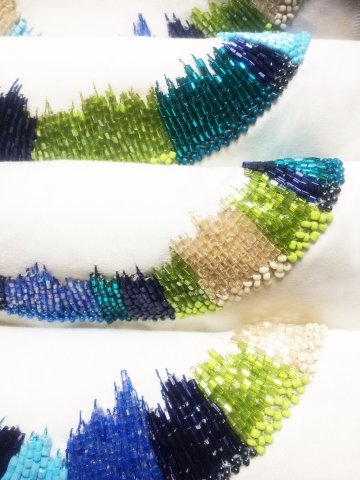 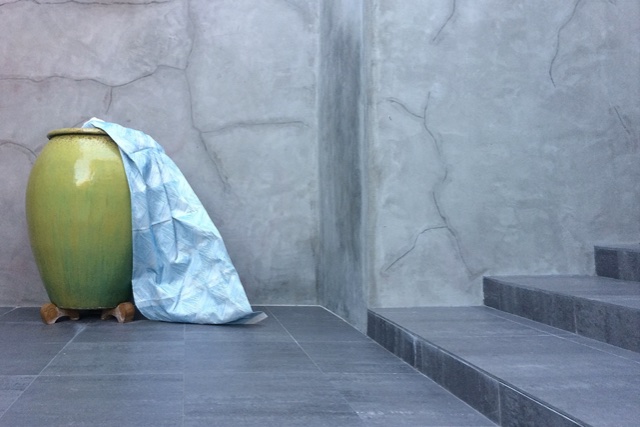 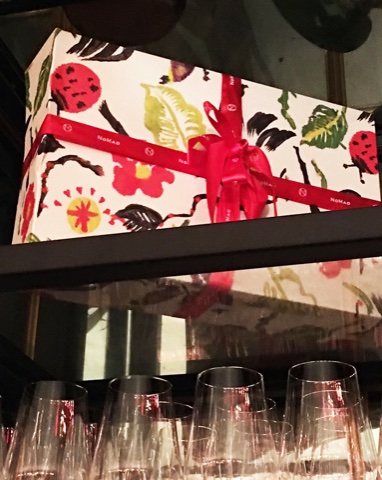 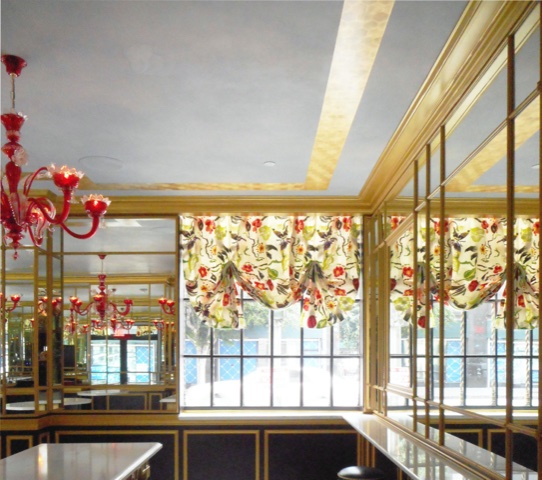 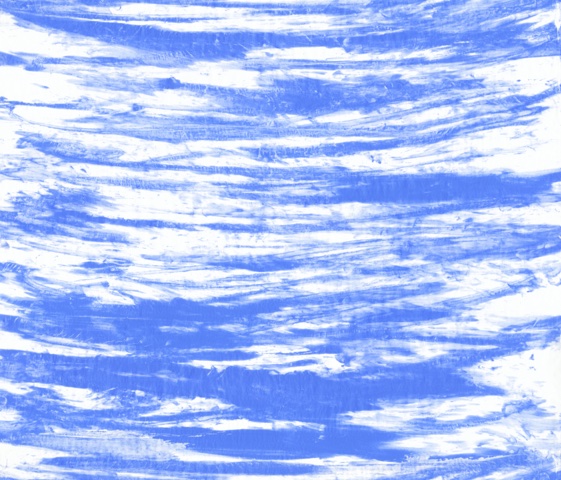 "The Sky is the Limit" 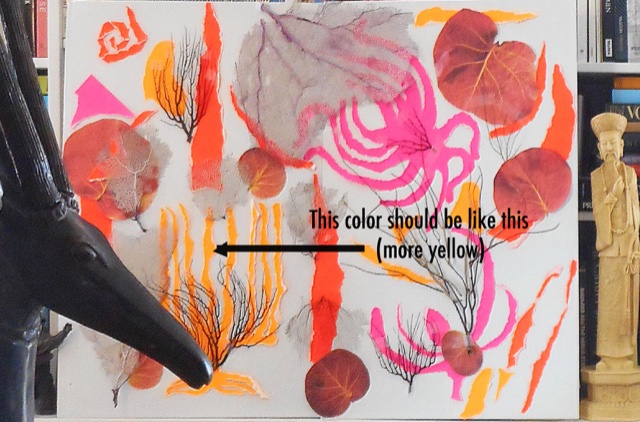 “I showed this fabric at an early stage of its existence to a professional in my industry. When he said, ‘you will never sell a yard of it,’ I knew I had a WINNER!”  Textile designer Philippe David is referring to his bestselling creation – ever: “Bal d'Eté" (Summer Prom), a colorful and joyful silk fabric manufactured in India, the land of textile wonders.

The client who first fell in love with “Bal d'Eté" was Jacques Garcia, the interior designer famous for the Hôtel Costes. Built in the 1980s, Costes virtually launched the concept of ‘boutique hotel.’ “Bal d'Eté” was also the fabric of choice to drape the windows of the Italian Coffee Bar at the NoMad Hotel in Los Angeles. Indeed, David has sold a few thousand yards of this “WINNER!”

For more than three decades David has been designing rugs, drapery, upholstery, pillows, wallpaper and more.  Trained in France as a fine artist he quickly grew bored  alone in a studio waiting for the paintings to dry.  “One day I asked myself  what could I do where there would be people to interact with – suppliers and work partners? It was textiles, of course!” Clearly, a wise decision.

Today David straddles the worlds between art and craft.

Be it painting, drawing or collage, all designs are hand-drawn. He does not use the computer. His ideas spring from exotic travel experiences around the world (Brazil, Japan, Viet-Nam, Dubai, Thailand, Europe, India.) No wonder his fabrics look so happy!

Easily read as contemporary watercolors, they are also timeless. After all, they will rest on a floor, hang on a wall or cover a chair, in some instances, for decades.

David’s designs are characterized by a dynamic sense of color and bold patterns, typically inspired by nature. “I work with natural products for the creative part. On Hydra, for example, (where he summers every year) I work with elements I find on location: pine needles, leaves, shells, seaweed, discarded plastics or cardboard.”

Many of the compositions are Matisse-influenced botanical cut-outs of crisp florals, pressed seaweed, Magnolia leaves, spindly stems, colorful butterflies “and a few lady bugs for luck,” he adds.  Using a combination of print, appliqués and embroidery, the result is fabrics that are impactful, modern and FUN.

Textile designing involves both surface and structural design of a fabric, plus a sound knowledge of yarns, weaving, knitting, dyeing and other finishing processes. David is a master of it all. Launching his career in the fashion industry, he learned fabric design working for such luminaries as Givenchy, Yves Saint Laurent and Thierry Mugler. Realizing that fashion was not his thing, he switched to home furnishings, creating drawings for distinguished firms like Clarence House and Schumacher.

In 1986, at the suggestion of legendary Interior Designer Vincent Wolf, David decided to move to New York.

New York in the 1980s was dirty, dangerous, cheap and exhilarating – pulsating with madcap, creative energy.  This was the most iconic decade in New York’s history, and David was ready to…..dance!  ”My most favorite spot was Susanne Bartsch’s events at the Bentley. Then she moved to the Copacabana. It was a colorful and flamboyant extravaganza of the most outrageous drag queens of all time, with performances on stage, though it was hard to tell the stage from the dance floor. It was a very happy medley.”  And a huge influence on his career: “ I started to THINK BIG. My designs became larger in scale, bolder in colors, way freer. I felt I could finally breath using the entirety of my lungs, and it reflected in my artwork. Visually I can say Susanne Bartsch’s soirées really inspired me. I had the time of my life dancing, flirting, mingling, looking in awe!”

After ten years in New York working with Yves Saint Laurent of America, Donghia, Kravet and Martex fabrics, David missed home. He returned to France and in 2008 opened his Paris atelier.

Visiting David in his Paris studio was initially a special treat. On the street, directly below his window and across from a sex shop, I would pass in front of seven or eight matronly prostitutes holding tiny, beribboned dogs. One wore a shiny rubber dress with matching cape, as well as scary, lickable boots. Alas, David has moved his studio closer to the Place des Vosges. The view is not the same.

In the course of his long career David has had a few unusual experiences, like the time the boat carrying an entire order of finished, hand-knotted carpets en route to his client in China – sank. Ouch.

The career of a textile designer is, fortunately, minimally affected by Covid. Ever an optimist, David’s philosophy for staying sane during these stressful Covid days is, “to stay focused to make it through all this! So, I focus on painting, designing and producing my fabrics.”

While a couple of projects have been put on hold until 2021, others are in the works. One is a job for an interior designer in Miami.  “There was a custom design to be made in India and then the factory in Bangalore locked-down for two weeks. So we were one month late. When the samples were ready a major storm flooded the Federal Express Call Center. They could not pick up the package,” says David.

What did he do? He was ultimately able to organize pickup from France. As Shakespeare put it, “All’s well that ends well.”

Another on-going project, again with Jacques Garcia, a new hotel in Tunisia. The construction is well underway and several designs have been selected.

Living through these pandemic days you may ask yourself, relatively speaking, just how important are fabrics? Think about it. Could we live without clothing or couches or seats in our cars?