Presented with MCLA's celebration of W.E. B. DuBois 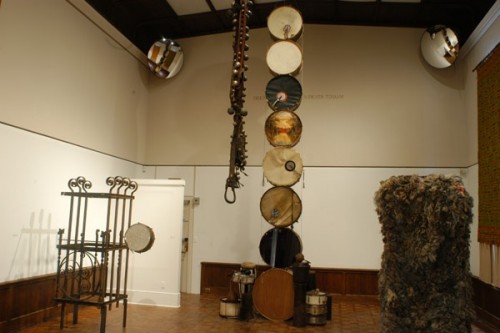 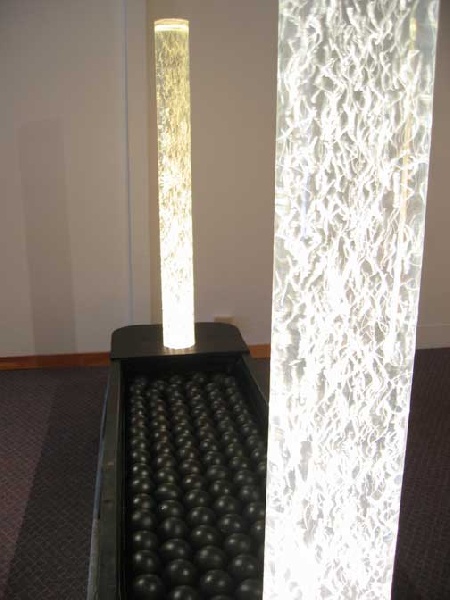 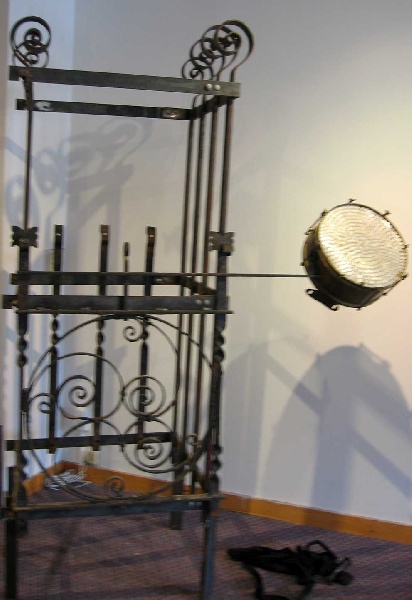 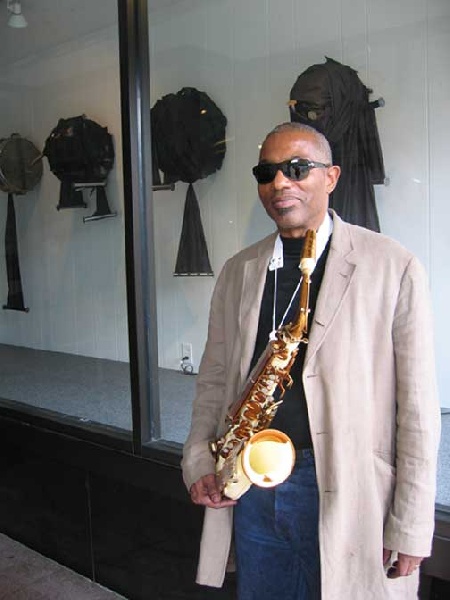 "I am a sculptor, musician and latter-day practitioner of the long-standing African- American tradition of ennobling worthless things. My work is primarily forged out of the accretion of found materials in a process called "potential disclosure" (as opposed to found object). Therein I attempt to clothe the potentialities that the articles themselves suggest, stripping away the unnecessary to get at the essence of things. My approach to the creative experience is intuitive, driven by impulse and faith rather than by reason or dialectic critique." (from Terry Adkins artist statement)

Born into an era of  rising African-American consciousness within the urban foment of Washington, D.C., Terry Adkins has been schooled in the language of contemporary art, poetic metaphor and the politics of race in America. These various syntaxes combine in his sculptural installations to speak eloquently of historical truths, emotionally evocative sites, and the wisdom of jazz.

In 'Darkwater' Adkins celebrates the soul-consciousness of W.E.B. DuBois who, more than any other figure in the struggle of African-Americans to attain full selfhood, combined oratorical power with a political philosophy that inspired generations. In 'Postlude', the central piece in the exhibition, Adkins constructs a trough-like container filled with water upon which float a grid of black spheres. At either end of the tank stand two transparent towers containing bubbling water which sparkles with internal light.. We are reminded of the bier of a dead prophet and the brilliance of his ideas that continue to fulminate.

Beside the main stands a large iron cage. It has the decorative quality of a pulpit perhaps, but also the dangerous affect of a prison cell. This is a cage! The artist uses iron quite liberally in many of his pieces, and it has the effect of reminding the viewer of manacles and other  such devices used to constrain bodies.

This piece is one of the objects of 'potential disclosure' which the artist sets in motion with the suggestion of an action.

Pictured here wearing his saxophone, Adkins celerates Jazz as the redemptive force of his culture. Funerary drums hang with black crepe from which are suspended ink spools suggesting the powerful message hidden in the music of DuBois words. The drum, its roots in African life, is transformed in American culture to communicate the passion and brilliance of the disenfranchised. We are instructed about lynching with maps of the behavior, but we are moved to its reality by the harness and bells that hang from the ceiling. Music and violence have been welded together in the caldron of the struggle.

There is no question that this work is an indictment, but spoken with compassionate tenderness and devotion to the essential humanity it seeks to celebrate. If you can make it to the performance on Saturday, Sept. 9, it should be wonderful.