Georgie: My Adventures with George Rose

One Man Play by Ed Dixon at Barrington Stage 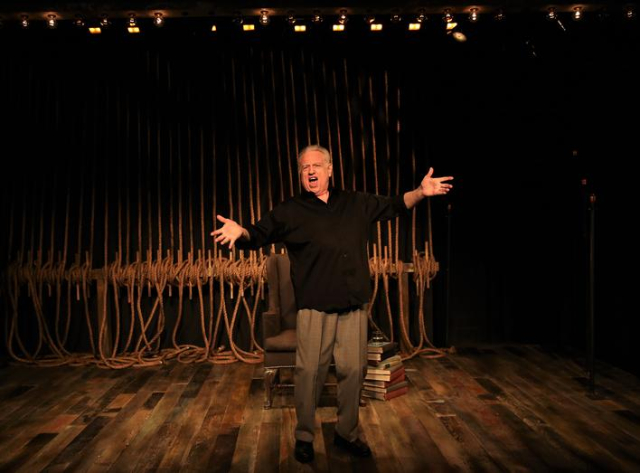 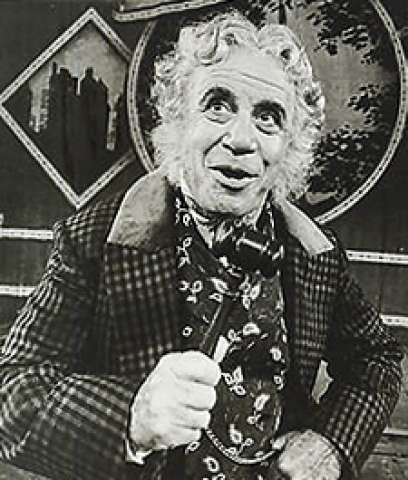 There was a brief run, just six performances, of Georgie: My Adventures with George Rose, written and performed by Ed Dixon at Barrington Stage Company.

Himself a distinguished character actor, this is a drama about drama, in the telling of a father/ son mentoring relationship with the renowned British born, character actor George Rose.

In ninety minutes on the mostly bare stage (no set design is credited) there are many layers of theatricality. More than an account of their relationship there is much to be learned about the craft of performing and the importance of text.

There is commentary of how a role may go beyond the script. We learn how a minor character in a supporting role, like Alfred P. Doolittle in My Fair Lady, or Major General Stanley in Pirates of Penzance may be more definitive to the success of the play than the actor getting star billing. Those roles earned him Tony nominations.

It is not that the butler, for example, is upstaging the leading actors. It's about how great actors put their heart and soul into the roles. How often while enduring a so so production are we enchanted by an actor providing much needed relief from ennui.

We come away feeling that it was a mediocre evening of theatre but with lingering and amused memories of an  outstanding supporting performance.

When Rose was first nominated for a Tony in a supporting role, his greatest recognition at that point in his career, he turned down the opportunity.  He felt he deserved to be nominated as the lead actor. That got him more media coverage than had he actually won the award.

With that in mind, when performing Major General Stanley in Pirates of Penzance in the Joe Papp production starring Kevin Kline and Linda Ronstadt, surprisingly, both he and Kline were nominated for best actor in a musical.

As Dixon states archly delivering the line for maximum comic impact “Imagine what it was like backstage that night?”

The stage is set with an armchair beside which is a stack of books and a glass of water. With compelling technique he is up, down, out and about with grand gestures and over the top flourishes.

More than just telling us about the mentor he so admires Dixon offers demonstrations of his style and technique. This includes now and then bursting into song. During his own career he informs us that he performed many of the roles that Rose originated or defined.

We get a rich sense of the depth and co-dependency of their relationship. Back stage or over drinks after a performance Rose was anxious for comments and insights often more about the other guy. But when attending Dixon’s performances the praise is succinct and cryptic. “You were lovely dear” is the drift.

There is a panorama of the hits and flops that comprise a career in theatre. There were accounts of the shows that closed after opening night or lasted for a week or so. Then there are the triumphs taken on the road after a run on Broadway.

Described as an openly gay man Rose lived alone in an apartment with exotic animals and a collection of 17,000 opera records.

For most of its duration the narrative is richly anecdotal with backstage gossip about famous stars and insights about iconic plays. There is a funny passage about finding Marlene Dietrich at the North Shore Music Theatre in Beverly when Dixon was there for a straw hat gig. Imagine that, yikes, Dietrich in Beverly! Doesn’t it say a lot about a quixotic life in theatre?

After an evening of mostly star struck adulation the finale turns  dark. Arguably, it is the raison d’etre for the project. It is perhaps why recently he has received Outer Circle Critics and Drama Desk nominations for best solo performance.

While on the road there was a two week hiatus. Rose invited him to come stay in his hacienda in the Dominican Republic. Picking him up at the airport Dixon was shocked to see a twelve year old boy in the back seat. This was the special friend he had heard about.

Other sources give the age of the boy as fourteen and that he was purchased from his parents for some $30,000 and other generosity. Given the extreme poverty of the island it appeared that trade in sexual tourism was not unusual. In fact, his undoing, Rose adopted the boy and designated him as his heir.

There was a description of a grim and harrowing drive through vistas of extreme poverty. The villa which Rose bought for a mere $100,000 was next to a harsh seascape with sharp and forbidding rocks on which waves crashed ominously.

Confronted by evidence of pedophilia and white slavers Dixon described his desperation to escape. But not before a curious evening in a local nightclub and its fabulous ersatz Vegas revue. He described knocing back many cocktails before taking the planc back to NY.

Not long after he was informed in a phone call that Rose had driven off a cliff and cocaine was found in the car. It was an attempt to cover up the fact that he had been beaten to death with baseball bats. The killers, the boy and his family, acted not out of outrage but rather to hasten the inheritance.

Without a trial they were sent to jail and later released.

In the telling of the sordid end of his friend there is a sharp detour from what, until then, had been a colorful and amusing evening. The sharp shift and venting of an apparent moral dilemma made us wonder about the intent of the play.

Was the tragic end the cart before the horse? Which came first the chicken or the egg?

It made me think of a similar demise of a gay man in the tropics cannibalized in Suddenly Last Summer by Tennessee Williams. It was indeed a weird dark twist to an otherwise amusing narrative of characters in theatre where life too often imitates art.