Rips the Roof Off the Shed Ending Season 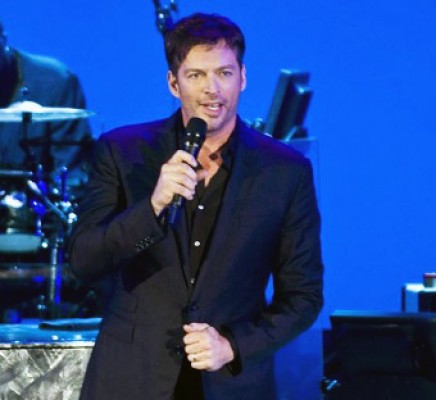 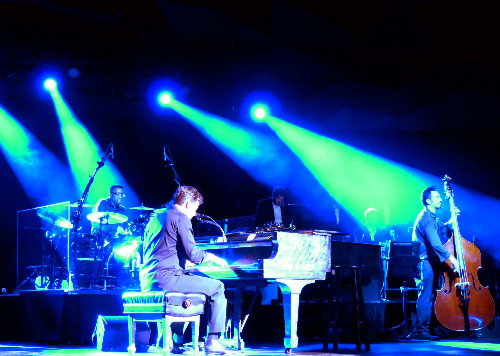 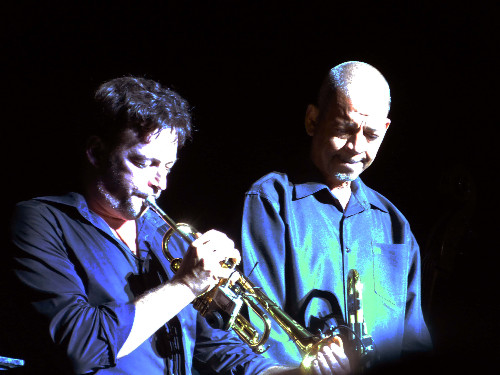 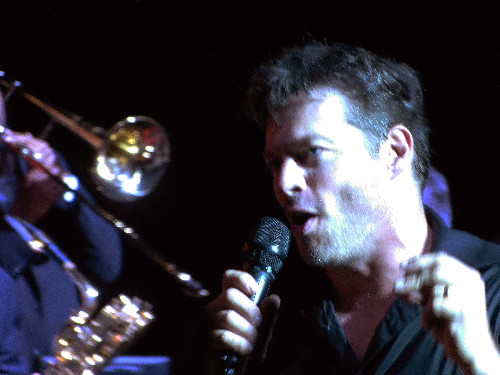 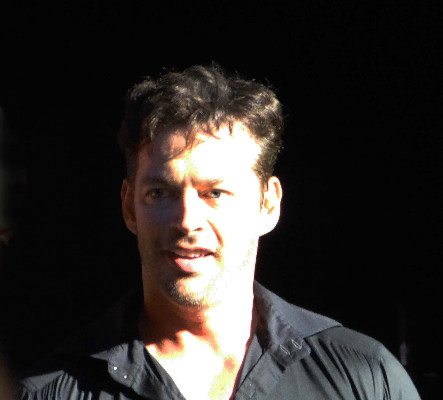 When Harry Connick, Jr. previously performed at Tanglewood there was a monsoon. Last night was a picture perfect evening as Connick and his nine piece band tore the roof off of the shed in a barn burner to close out the season during Labor Day weekend.

For two hours plus a scorching encore Harry Connick, Jr. and his nine piece band romped and stomped with a titubating gumbo of music during the season ending Labor Day weekend at Tanglewood.

With a late holiday it proved to be the longest season in Lenox in the past 20 years. The BSO has long since departed for their first European tour under maestro Andris Nelsons. On every level it has been a great summer capped by Connick and his musicians blowing the roof off of the often staid Shed.

From the get-go Connick proved to be a free spirit and iconoclast as he stalked the stage looking remarkably virile for a married man pushing fifty. He reminded us that he had been a student at Tanglewood while a gawky pimple faced teenager piano and vocal student from New Orleans. An instructor had forbidden him to play the “devils’ music” of the Crescent City. He emphasized this at the piano with a bit of evil music.

Opening the show he noted empty seats in sections flanking the orchestra. With a boldness which causes fits with management he enticed the audience outside to come in and fill those seats. He told us that he likes to be close to the audience.

He transformed the vast shed into a cabaret with a deft mélange of music, stand up, patter and second line cavorting. It was red beans and rice on stage giving the audience a taste of down home musical cuisine.

There are many aspects to the range and talent of Connick as he pulled out all the stops that had the audience whipped into a party frenzy. It was Mardi Gras in the Berkshires with lots of gris gris and Bayou voodoo.

The evening started with a segment of big band crooning of standards. Close your eyes and he evoked the Rat Pack in Vegas. He opened with the finger snapping upbeat “Just in Time” then “The Way You Look Tonight” “More Than You’ll Know” and ‘It Had to Be You.”

Moving to the Steinway he vamped before easing into “I Concentrate on You.”

He took the pace down to a moody, melancholy, slow introspective torch song about lost love with a solo piano accompaniment.

After putting on the breaks he confessed that he hadn’t planned to perform such an esoteric song. But it had come up during conversation in the Green Room and with spontaneity he decided to insert it. He claimed that shows are not pre-planned. That is true to some extent. He also reminded us that we were a Tanglewood audience, ultra sophisticated and capable of appreciating challenging music.

There was a riff about how some people love his standards but hate the New Orleans stuff and vice versa. That was a segue into a demo of New Orleans style piano. It entailed a rollicking undercurrent with the left hand and staccato, open fingered cluster chords with the right. The approach was in the tradition of Fats Domino, Professor Longhair but fell short of the Bayou beat of Dr. John.

Swinging into Big Easy mode he brought out the second line, trombone master Lucien Barbarin. With a growling slide he evoked Kid Ory from Satchmo’s Hot Five. They were joined by the horn of Leroy Jones for some gutbucket romping on the rousing “Didn’t He Ramble.”

It recalled the dancing second line returning from the graveyard during a New Orleans style jazz funeral. This bled into the traditional spiritual “Amazing Grace” which morphed into “How Come You Do Me Like You Do.” Connick enticed us to “Fly Down to New Orleans” and stroll “Down on Bourbon Street.” This entailed dancing and strutting about parade style.

Through a well paced show Connick conjured the audience like a snake charmer. There were interludes when he interacted with the audience through a combination of story telling. He requested our indulgence when he presented new songs from an album to be released later this year.

Often he expressed a special pleasure of being back at Tanglewood which had been formative in his musical education. He conveyed a hilarious anecdote of stumbling upon the maestro Leonard Bernstein while returning to his dorm late at night.

It seems that Bernstein was taking an alfresco leak. There was an awkward moment when the teenager blurted out his deep respect. The maestro, his back turned, completed his business and then turned thrusting his arm forward to shake hands with the kid. That reminded me of encountering Ravi Shankar emerging from a port-a-pottie back stage at Woodstock. Instead of a handshake the Indian musician greeted me with a hands-clasped bow.

In another seismic musical shift Connick introduced the Gospel singer and guitarist Jonathan DuBose, Jr. He proved to be an over the top performer with awesome chops on “Jesus on the Main Line.” Evoking the spirit of Jimi Hendrix the guitarist rendered “Star Spangled Banner” which Jimi performed as a stunning dawn wake-up call on the final day of Woodstock.

Introducing a segment of new material which he wrote and recorded he told of an encounter on a movie set with Kris Kristofferson. Asking how we was doing the actor, who was sitting waiting for a call, responded “I’m trying to matter.”

While not precisely related that turned into “Trying to Matter.” It was a simple ballad with sparing accompaniment of DuBose, bass and drums. Thanking us for listening he would do  more. Playing guitar (he would later play trumpet) he performed a song about years of marriage “Nobody Does I Do Like We Do.” He also evoked first meeting his true love with “When You Smile.”

It is always challenging for artists when they preview material. Part of touring is a strategy to create interest in new releases. There was a mixed response to this segment of the evening.

Shifting gears Connick got back to the funk pleading to “Take Me to the City Beneath the Sea.” He took it up a notch with “You’re One Fine Thing.”

At the two hour mark he thanked the audience and charged off stage. As the audience stomped for more the band returned.

He invited the audience to come up front and dance. He announced a parade song and for those final moments we were on Bourbon Street begging for beads and doubloons. He tossed them too us raucously cavorting about the stage with the rave-up “Mardi Gras in New Orleans.”