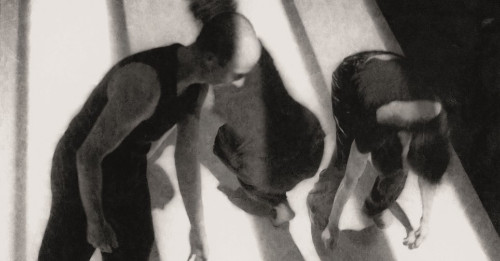 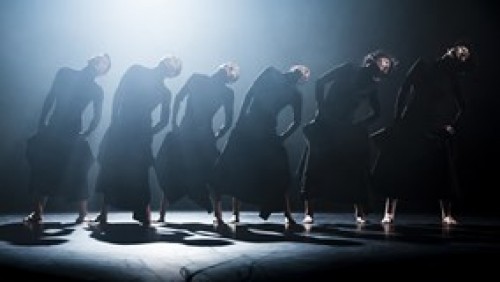 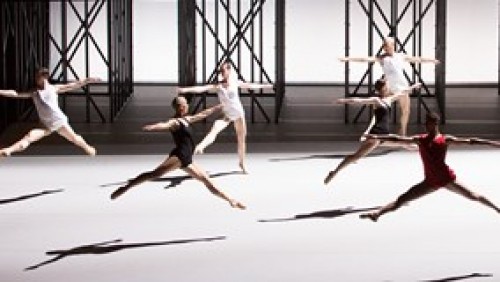 In the beginning, the New York dance company icon Lucinda Childs impressed with the recreation of her fabled 1983 piece Available Light. John Adams music and Frank O. Gehry's stage setting added to the imposing opus at the Berliner Festspiele. At the end, at the other main venue, the HAU 1 (Hebbel am Ufer 1), Isabel Lewis set an amazing counterpoint with her free flowing performance party Occasions. She is another choreographer/dancer from New York, immigrated from the Dominican Republic, got her education in New York, and has been living for six years in Berlin.

Between the Judson Dance pioneer Childs and her minimalistic/mathematical approach to dance and Lewis' event-like performances - cajoling the audience into participation - lie worlds of conceptual difference. The same can be said about the 27th edition of the Tanz im August from August 13th to September 4th, 2015. The Finnish artistic director Virve Sutinen has succeeded in bridging the gap between showing works by established companies (including a retrospective by the British icon of new dance, Rosemary Butcher) into the festival and showcasing new groups with refreshing syntheses between dance, music and visual art. Besides the Butcher retrospective, (one retrospective per festival will be on the program from now on), the organizer HAU had invited 18 productions with dancers from 20 countries to present their works in 8 participating venues.

Sutinen sets the focus on showing relationships between visual art and dance, beautifully realized by the Canadian Compagnie Marie Chouinard in the work Henri Michaux: Mouvements. Here some of the mescalin-induced calligraphies by Michaux are projected on the back wall and the dancers recreate them on the stage to the delight of the audience. Butcher has an exhibition of her archive project Memory in the Present Tense at the Akademie der Kuenste (Academy of Art) that also highlights two of her works shown at the festival: Scan and the video installation After The Last Sky. What seemed to be somewhat strained and made to fit into the overall concept is the showing of works of the contemporary art collection of Axel and Barbara Haubrok at the very beginning of the festival on the stage of the HAU 1 and in the theater itself that had all the chairs removed.

Sutinen was also looking to Asia and its dance scene. The productions from the Republic of Korea and from China or with Chinese artists proved to be some of the most impressive works at the festival. The TAO Dance Theatre, founded in 2008, came with two works TAO Dance Theatre 6 & 7. Black in number 6 and white in number 7, the dancers were stunningly choreographed by Tao Ye, the new Chinese choreographer star. The company has become one of the most sought after contemporary dance companies worldwide. Another highlight was the Korea National Contemporary Dancy/Ahn Aesoon that showed Bul-ssang (pity) choreographed by Ahn Aesoon. She combines traditional Korean dance aesthetics with contemporary dance steps, martial arts moves and others with pop art stage settings, and DJ Soulscape on stage to a mind-boggling mix of dance, acrobatics and visual stimulation.

One extraordinary co-production of Tanz im August (there were six co-productions altogether) was The Ghosts by the company Constanza Macras/DorkyPark. The Buenos Aires born Constanza Macras founded her company together with Carmen Mehnert in 2003 in Germany and works internationally. For this work she uses seven Chinese acrobats together with three other members of the company. They created incredible acrobatic acts on stage, time and time again interrupted by well deserved applause. As the story teller accounts, they are ghosts, acrobats not working any longer and thus forgotten.

Not only in Ghosts did the festival investigate social aspects, there was the Swiss company Cie Gilles Jobin with Quantum, an interesting dance dealing with mysteries of particle physics as an association to CERN in Geneva. Also, there was the Finnish Elina Pirinen with Personal Symphonic Moment where Dmitri Shostakovich's Symphony Number 7 (Leningrad Symphony) is played in full and danced by three female dancers as resentful contrast. It was not too convincing. Quite to the contrary, and very convincing was Stephanie Thiersch's choreography Bronze by Gold (another co-production with Tanz im August). The German choreographer with her company Mouvier created a dance experience where the international Asasello Quartett literally have to use their instruments like weapons, where the dancers get defeated by this classical ensemble, with the help of DJ Elephant Power, a rather eccentric treatment of dance, music and performance.

Dance in August 2015 succeeded in presenting a formidable selection of international dance productions. It was informative and highly sophisticated on the performance level, entertaining and an eye opener to the fact that contemporary dance turns more and more into a symbiosis of performing and visual art with music or sound impressions guiding the way.