No Stranger to Shakespeare & Company in Lenox 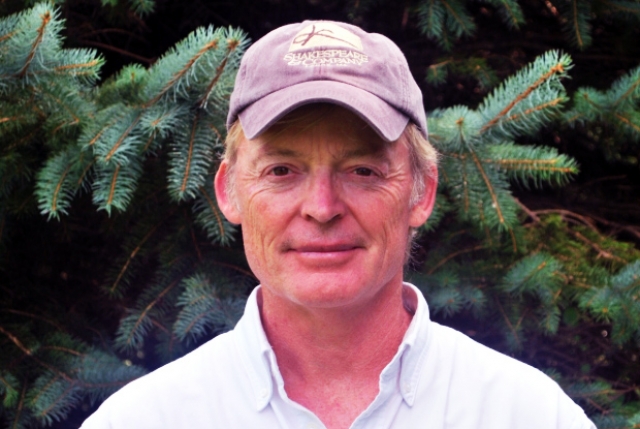 Shakespeare & Company announces that actor and director, Allyn Burrows, a long-time member of the Company, has been named its new Artistic Director. Burrows has served as Company member, Artistic Associate and Board member at Shakespeare & Company. He will start in January, 2017.

“This is a watershed moment for Shakespeare & Company,” said Board Chair Ken Werner. “Allyn is one of the most lauded and exciting actors and directors both in Boston and nationally and we are extremely fortunate to have him take over the artistic leadership of our Company. He is someone who is well known to us, and our search for a new artistic director could not have turned out better. I extend my deep gratitude to our interim artistic directors, Ariel Bock and Jonathan Croy, who did a superlative job over the past two seasons.”

Founder Tina Packer added, “As we approach the Company’s 40th season, we could not be more pleased with Allyn’s selection. He has extensive experience as an actor, a director and in leading an organization. His knowledge of Shakespeare is deep. Many of us have collaborated with him in the past and found his work inspiring. He brings new energy and we all look forward to working with him.”

Burrows stated, “I am absolutely thrilled to have been selected for this major position heading one of the country’s preeminent theatre companies, one where I have had the privilege to work for many years. Shakespeare & Company has earned a national reputation for excellence in performance, training, and education, and I applaud the great things which the Company has accomplished. I look forward to building on this and working alongside so many talented professionals. We are at a critical juncture in history where Shakespeare shows us how we need to be human beings and honestly hold the mirror up to nature. I’m eager to get his words and those of other great writers out to the world from the stages of Shakespeare & Company, starting with our upcoming public reading of Hamlet and, fittingly, It’s a Wonderful Life: A Live Radio Play! ”

An Eliot Norton Award Winner he is a graduate of Boston University. He has performed in film, television, Off-Broadway, and regionally. He has been the Artistic Director of Actors’ Shakespeare Project in Boston since 2010 where he was instrumental in that company’s growth and artistic success. He resides in Medford, Massachusetts with his wife, actress Tamara Hickey and their daughter.