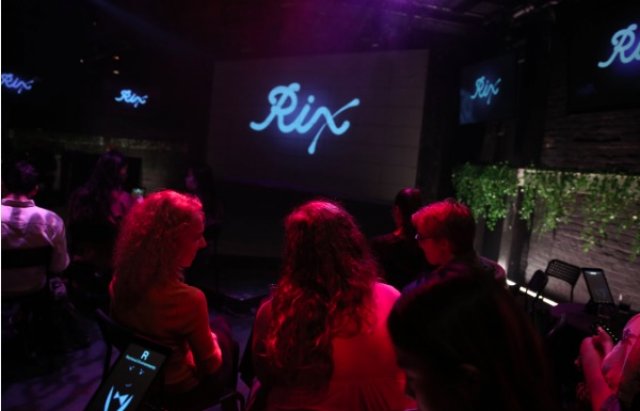 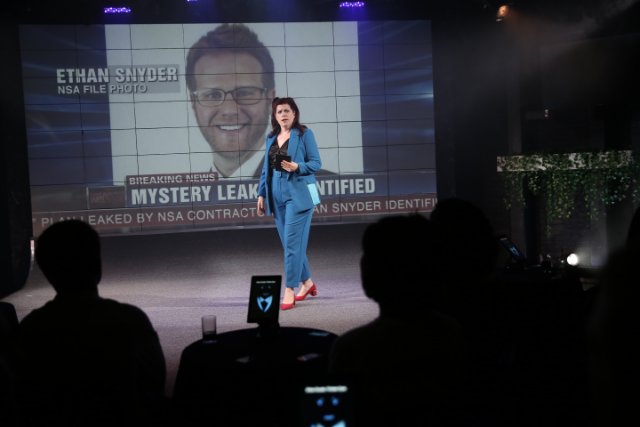 Ethan Snyder, stand in for Edward Snowden and Dorothy, engineering wizard, Ilse and lover of Ethan 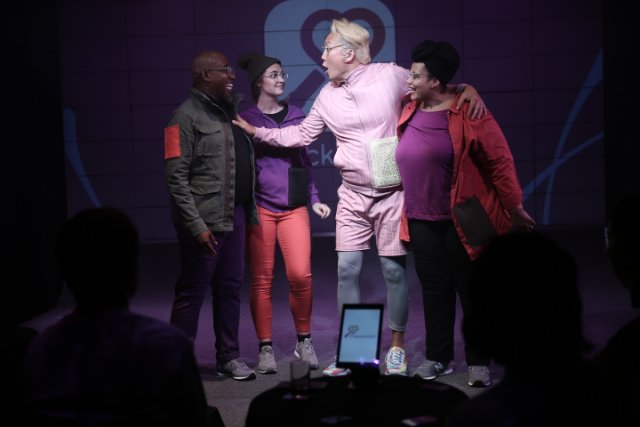 The miraculous Paul An, boss in pink, who doesn't want to make money, just make change. 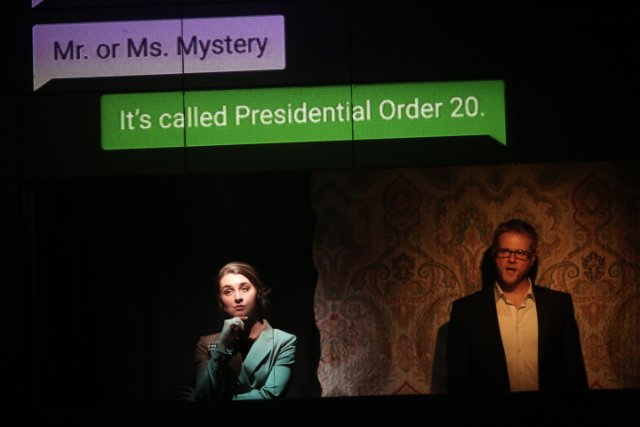 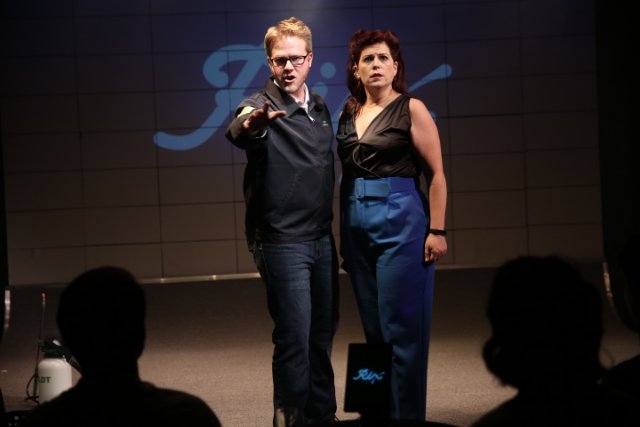 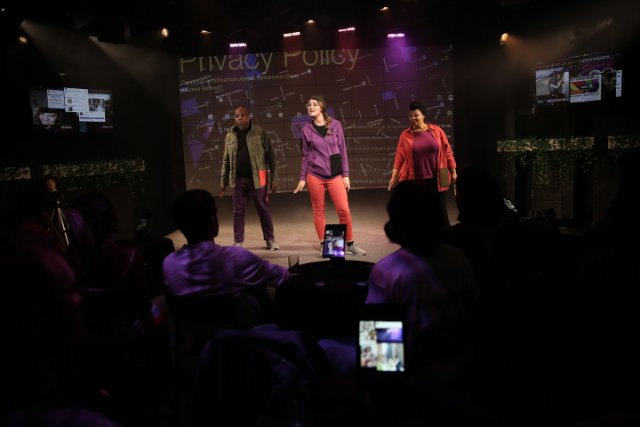 Imahes every where to help understand, not to obscure

HERE and Opera on Tap are presenting Kamala Sankaram's Looking at You, an opera which takes a provocative look at the end of privacy as we have known it. We wittingly and unwittingly allow cyber companies to strip us.  Rob Handel's brilliant libretto is in the tradition of Experiments in Opera productions. Its narrative arc and the apt language combine with thick orchestration using whatever musical style fits to convey issues embedded in a story.   For Casablanca fans, a sisyphean romance, "Here's looking at you," and  "Of all the the joints in all the towns in all the world, she walks into mine."  Well, we always have Silicon Valley. If we stop breathing, we'll die.

Ilsa is Dorothy, with a touch of the wizard.  Rick is Edward Snowden, her lover.  After liberating 1,700,000 secret government documents, he tells Dorothy that where's he's going. She can't follow, however, because she can have no part of it. The six people on stage feel that their problems do not amount to a hill of beans in this world of invasion into our personal lives.

HERE's Looking at You takes place in the corporate headquarters of the software developer, RIX. The cafe the audience sits in is RIX (Rick's) too!  Scenic designer Nic Benacerraf keeps us in both worlds with skillful image projections and table top tablets.

The ultimate irony is of course that Americans say, "I have nothing to hide, so why not sign up for Facebook, Instagram and Twitter?"  The final stanzas explain: " We need to meet in the dark, Maybe not today, Maybe not tomorrow, But maybe soon, maybe very soon.  There's part of me nobody knows, There's a part that belongs just to me, And that means, I've got something to hide."

Blythe Gaissetrt is a commanding stage presence. She sings in a rich mezzo. Her range can move from a querulous and tentative sense of her job/assignment to a bossy lover and promoter of a big new App CheckUOut. The basic facts of a prospective date, including the date's bank balance and credit report, are revealed. Dorothy has developed the algorithm and playful, informative graphics punched up on multiple screens indicate its magic.

The evening is full of neon lights, swirling galaxies, and modest table tablets. They provide subtitles and basic moods expressed on a face outline.

Paul An is Raj, a bass whose slithering movement commands his Silicon Valley geeks and encircles. His boss mode is carried by his rapid fire tones.

All the actors perform superbly. Direction by Kristin Marting moves the characters through the space of the theater-made-into-a-nightclub. Movement to the beat of alto, tenor and baritone saxophone, drums and a miced piano help the storytelling work.  The drama emerges from the story.

We hear Ethan Snyder, Rick's stand in sung by Brandon Snook, deliver dark messages in a bright voice. It's not the laid back honor of Bogart as Ethan too gives up the girl for the greater cause.  Snook is in many forms, on video. long distance and up close and personal.  His are the loveliest lyric lines, perhaps because he is the hero of the piece.

Kamala Sankaram's eclectic score ranges through the most appropriate styles for any given moment, jazzy and also eloquent.  A highly entertaining evening also raises profound questions about the theft of our identities. It is a cautionary tale about giving yourself away.