Arts for Social Justice in America 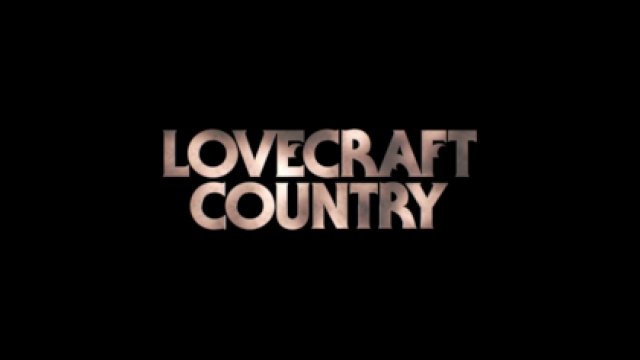 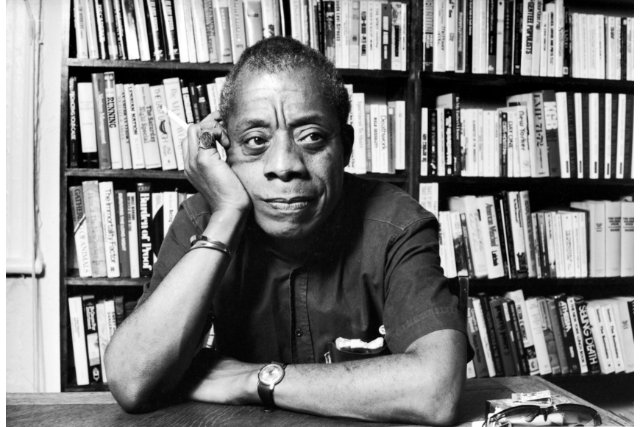 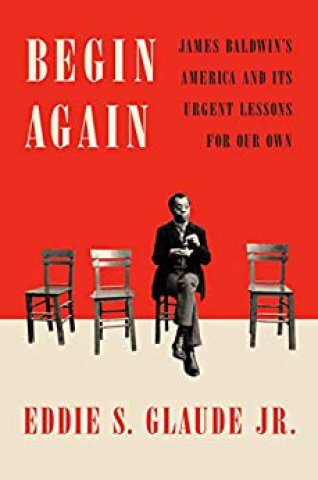 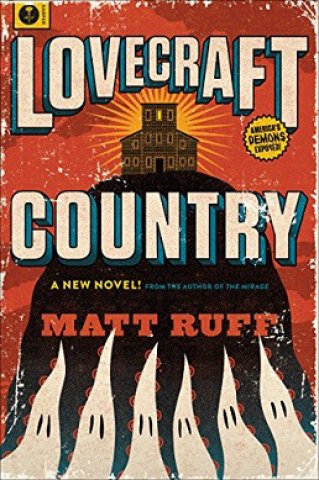 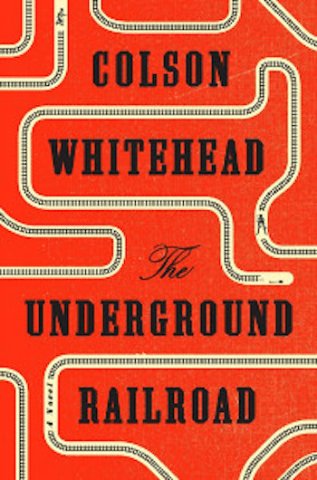 We’re living in a strange period of horror shows in politics, health and racial injustice. You never know what type of abomination you’ll find when you turn on your phone, computer or tv set or open a newspaper. Another black man killed by white cops? Another protester attacked or a Black Lives Matter protest broken up by white nationalists? Another 1000 souls dead from Covid-19? Another clueless tweet from the White House?

Historians a century from now may decide that this part of the 21st century was a political horror show. So it only makes sense that the real world of racial injustice and our racist history is bleeding over into pop culture. We can now partake of film, video, books and music where these historical themes are blended with horror and heroic stories.

We applaud the attention finally being paid to Black artists and authors, given the decades where their work and talent were ignored. For instance, of the 1,034 films currently in the Criterion Collection, only nine titles are directed by Black  filmmakers. Of course, some of those films also feature Black actors, Black writers and themes. The Pulitzer Prize committee recommends prize-winning works by African American poets, dramatists and novelists.

This essay explores works that can educate and entertain us about the Black experience in racist America and how white people can become allies and change agents. Yes, Nikki Haley, we are a racist country.

Have we missed any of your favorites in these genres? Let us know in the comments or write to us here.

“Lovecraft Country,” TV drama series and book. Currently running on HBO is the 10-part series adapted from the 2016 novel by Matt Ruff, developed from the book by Misha Green. The story follows Atticus Freeman, a young military veteran, in 1950s Jim Crow America. Atticus, his friend Letitia, and his Uncle George make a road trip to find Atticus’ missing father  and track down a family secret. (The trip also enables George to do research for the next issue of his Safe Negro Travel Guide.) The trio encounters racial terrorism in so-called sundown counties as well as monsters lifted from the pages of a Lovecraft story. Much of the series and novel take place in Chicago—no less racist than the northeast or Jim Crow South, but we love seeing films that portray Chicago.

Jonathan Majors (The Last Black Man in San Francisco) and Jurnee Smollett (Birds of Prey) are terrific as Atticus and Letitia and Michael K. Williams (“The Wire” and “Boardwalk Empire”) is a pleasant surprise as Atticus’ stubborn dad, Montrose.

There are lots of history, literary and horror references (Atticus and George are great readers and George is an expert on the horror genre) in Lovecraft Country. The 1921 Tulsa massacre also plays a part in a later chapter of Ruff’s novel, so we assume it will appear in the film series. Episode 4 of “Lovecraft Country” runs Sunday, September 6, on HBO and you can find earlier eps on demand. The Readers Guide on Matt Ruff’s website has background on some of these topics.

“Watchmen,” a superhero HBO series that ran in late 2019, is available from some on-demand and streaming services. “Watchmen” was adapted by Damon Lindelof as a sort of sequel to the 1986 Watchmen DC comic book series created by Alan Moore and Dave Gibbons. (A 2009 film was adapted from the same comic book series.)

The series focuses on contemporary racist violence in Tulsa and the first episode begins with the 1921 massacre of the “Black Wall Street” district on Greenwood Avenue in Tulsa. In 2016, a white supremacist group, the Seventh Kavalry, wages a violent war against the police and minorities. Because of the murder of 40 police officer in their homes in 2016, the police force now hide their identities, including wearing face coverings or yellow balaclavas.

The Black Lives Matter Collection on Netflix has compiled an array of anti-racist and Black artists and topics. The collection of narrative films, documentaries and TV series includes many important films about Black lives. These are some of my favorites in this category.

I Am Not Your Negro, a stunning work of documentary storytelling by Raoul Peck, based on texts by James Baldwin and documentary footage of his life;

Just Mercy, the biodrama about Bryan Stevenson (played by Michael B. Jordan), an idealistic young Harvard Law graduate who goes to Alabama to fight for poor people

Director Ava DuVernay’s 13th, another powerful documentary, explores the 13th Amendment to the U.S. Constitution, adopted in 1865, which abolished slavery and ended involuntary servitude. DuVernay demonstrates how slavery has been continued despite the 13th through lynchings, Jim Crow laws and practices, disenfranchisement, police brutality and mass incarceration.

And Spike Lee’s 2020 film Da 5 Bloods about four aging Vietnam vets who return to Vietnam to find the remains of their fallen leader (Chadwick Boseman) as well as a treasure they buried there. The cast features Delroy Lindo, Jonathan Majors as his son, Clarke Peters and Norm Lewis. As our review says, Marvin Gaye’s music is the primary emotional thread of the film’s soundtrack, primarily songs from his landmark 1971 album What’s Going On.

Books on anti-racism and white privilege have been topping best-seller lists—especially titles that might help white people understand racism and the meaning of white privilege. Ibram X. Kendi’s How to Be an Antiracist says you either are racist or antiracist and thus trying to dismantle our racist history—there’s nothing in between, he says. His book has been on the New York Times combined print and e-book best-seller list for 15 weeks; it’s currently #5 in non-fiction there and #7 on Aaudmazon.com.

Other books that top those lists are Robin DiAngelo’s White Fragility and Michelle Alexander’s The New Jim Crow. Number 2 on that NYT list is Isabel Wilkerson’s Caste about the social stratification based on inclusion and exclusion in our society. I’m eager to read Caste; Wilkerson’s 2010 book, The Warmth of Other Suns, is a masterpiece history of the Great Migration of Blacks from the South’s Jim Crow society to the North, where they found other forms of discrimination.

Eddie S. Glaude Jr.’s 2020 book, Begin Again: James Baldwin’s America and Its Urgent Lessons for Our Own, is another important book on racial attitudes. He studies Baldwin’s writings, speeches and interviews from the early part of his career where he was a strong supporter of the 1960s civil rights movement until his attitudes changed. Baldwin was devastated and disillusioned about peaceful protest after the murders of his friends Martin, Medgar and Malcolm (Martin Luther King, Medgar Evers and Malcolm X) and the rise of the Black Power movement, which he supported. Baldwin spent much of his writing career living in Paris and Istanbul but apparently felt at home nowhere—certainly not in his native racist United States.

The theme of Glaude’s book is The Lie (my caps) on which all of American society is based. The Lie has three parts:

The Lie is the mechanism that allows us to avoid facing the truth about unjust treatment of Black people. Baldwin said it started with the founders refusing to recognize a slave as a man. You can find many examples of The Lie in political speeches and writings today, especially from the right but also from the left.

There are many excellent novels in the enlighten-me-about-Black-life category. We have to include the source book for Lovecraft Country here and one additional novel.

Matt Ruff’s Lovecraft Country is a dark fantasy novel told episodically. As you read one exciting chapter after another, you realize that you are reading the raw material of a drama series. Each chapter focuses on one adventure or one character, even though they are intertwined. (There’s the chapter about Letitia’s new house in a neighborhood where she’s not welcome and another chapter where her sister Ruby turns into a woman named Hillary. At the end…but never mind. Read the book yourself.) This is Ruff’s sixth novel. The Readers Guide on Ruff’s website has background on some of the topics addressed in the book and drama series.

The Underground Railroad by Colson Whitehead, a 2016 book about Cora, a slave in Georgia who determines to leave the plantation and travels via the underground railroad (an actual railroad with stations underground) to various states and situations, each one more awful than the last. Her story is central to the book but is embellished by the stories of other slaves and some magical realism. The book won the 2016 National Book Award for Fiction and the 2017 Pulitzer Prize for Fiction. Amazon Studios is adapting the book into a limited edition series directed by Barry Jenkins.

Going Back in History

Richard Wright’s 1940 novel, Native Son, about Bigger Thomas, a young Black man who lives with his family in a tiny apartment in Chicago’s Black Belt. He’s hired to work for a rich white family and accidentally commits a terrible crime. His story is legendary and the book broke through into pop culture as a Book of the Month Club selection in 1940. It was later a film and recently adapted as a brilliantly conceived play by Nambi E. Kelley, which premiered at Court Theatre in 2014.

Ralph Ellison’s 1952 novel, Invisible Man, is a tragic and poetic book that’s hard to characterize; it’s almost Kafka-like in its opacity. The narrator, never named, moves to Harlem from the South but the story is about Black identity, Black nationalism, Marxism and the racial ideas of Booker T. Washington. Invisible Man won the National Book Award for Fiction in 1953. In 2012, Court Theatre also staged its world premiere adaptation by Oren Jacoby and Christopher McElroen.

And finally, listen to “Strange Fruit” (a disturbingly graphic protest song by Abel Meeropol) performed memorably by Nina Simone and, in this video, by Billie Holiday.