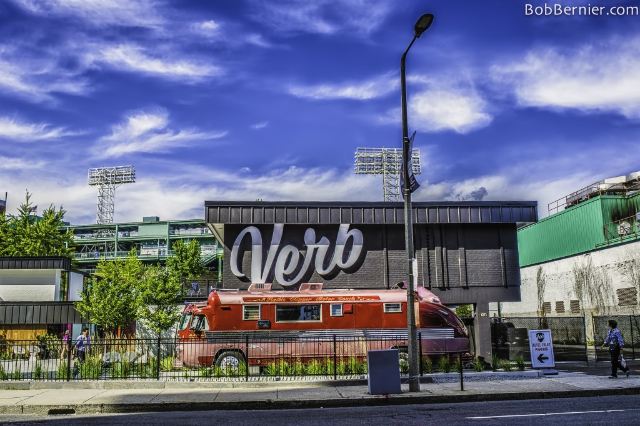 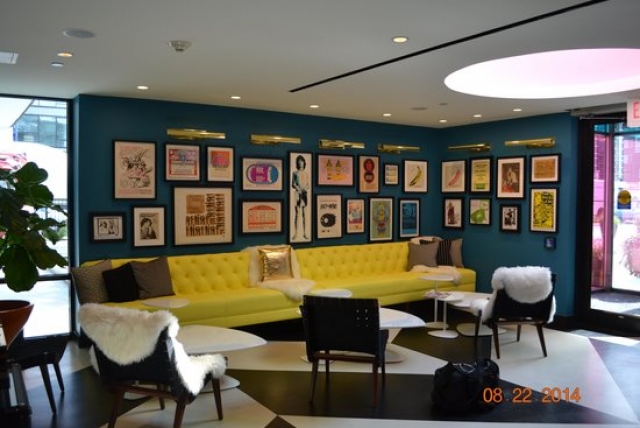 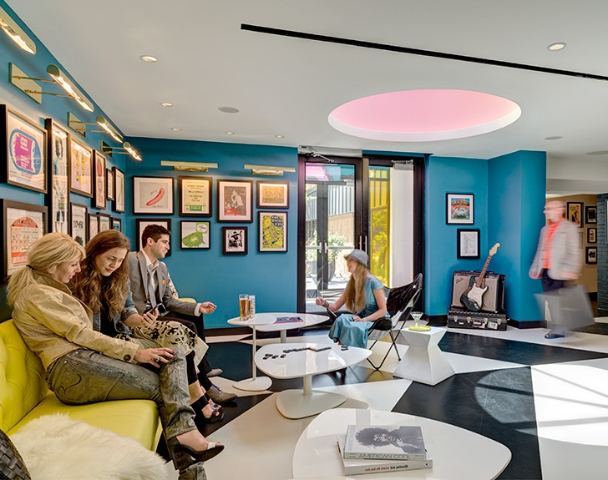 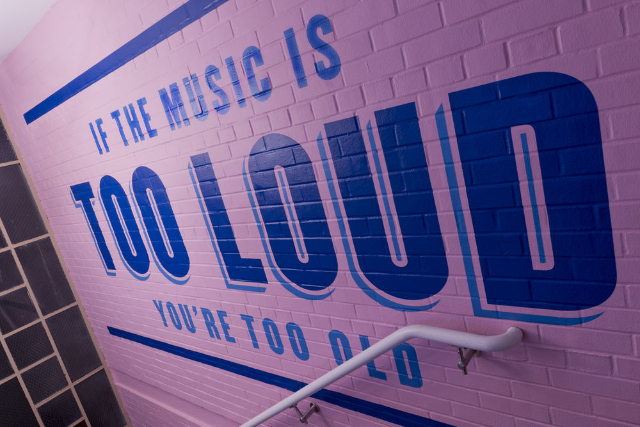 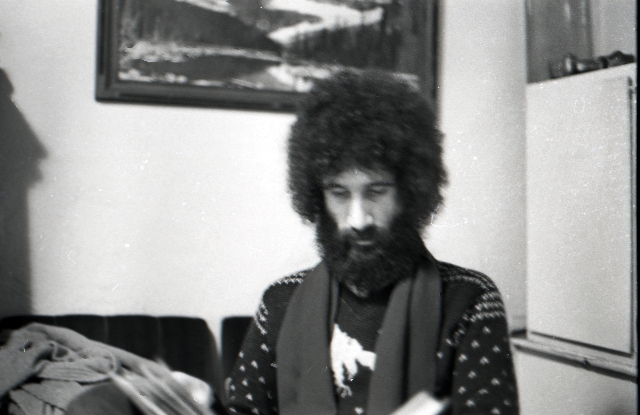 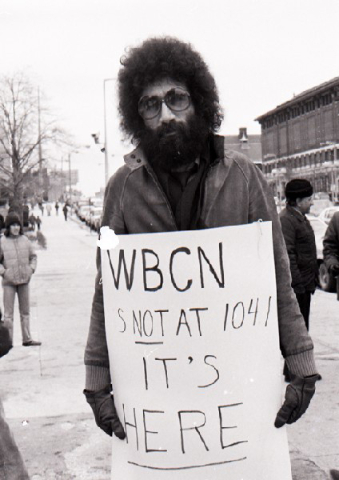 Manning the picket line during the WBCN strike. 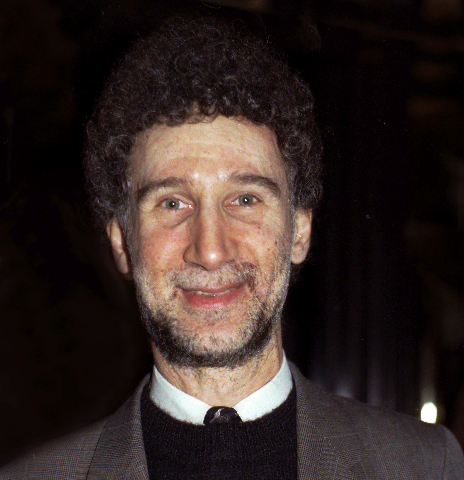 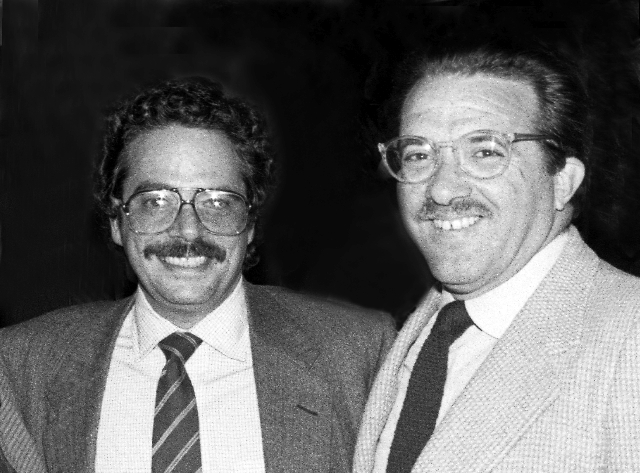 When the progressive FM station WBCN was the Rock of Boston its publicist was the archivist David Bieber.

In order to promote the emerging local and national music of the dynamic era he kept and filed virtually every album and related promo material issued by record companies, clubs and fans.

Decades ago I interviewed and wrote about Bieber archives which at the times filled a Somerville apartment.

His rationale for hording this material was “You never know when you are going to need something.”

This encyclopedic horde has greatly increased in critical mass and historical importance. Since the late 1960s and 1970s when the collection began Boston has been accorded its rightful status as one of America’s foremost cities for spawning jazz, blues, folk and rock music.

Now highlights of the rich archive are on view to the public.

This project by Bieber has been partly underwritten by former Boston Phoenix publisher Stephen Mindich.

Visitors to The Verb Hotel will get some of the flavor of when Boston spawned such a vital and resonant generation of musical history.

The Verb Hotel, a dynamic reimagining of a classic mid-century motel, has expanded its collection of rock ‘n’ roll memorabilia in late summer 2016. The hotel, which boasts walls adorned with rare music and pop-culture memorabilia from Boston’s heritage, reminds visitors of the key role Boston has played in music history. The collection is curated by the longtime Director of Special Projects for the Phoenix Media Group and an inveterate collector of rock and roll memorabilia, David Bieber, and supported by former Boston Phoenix publisher, Stephen Mindich.

”The fundamental theme of the archives update continues to pay tribute to Boston music and acknowledge the many performers who have made the city a significant contributor to music history,” Bieber said. “I chose to share these important heritage pieces with the rest of the Boston community as well as guests visiting from out of town.  The new additions are some of my favorite archival items and relics.”

On Tuesday, September 13, The Verb will open its doors for the public to see the updated archives, speak with Bieber and enjoy music from the first rock and roll show at James Beard Award-Winning Chef Tim Cushman and Nancy Cushman’s Hojoko, Fenway’s neighborhood rock and roll Japanese tavern, located right off the hotel lobby.

Tuesday night’s event will be open to the public, but space is limited.

There will be a reception and meet-and-greet with Bieber from 8-9 p.m., and the live music will start at 9 p.m. The event will benefit Girls Rock Campaign Boston, a local organization that has been empowering girls and women through music since 2010.

It will feature Radio Compass, Stars Like Ours, and Abbie Barrett - local female-fronted rock veterans, and members of past Rock & Roll Rumble bands. The event will be sponsored by Fernet Branca and do617. The event is FREE but donations to GRCB are encouraged.