Leonard Bernstein's Tanglewood and So Much More 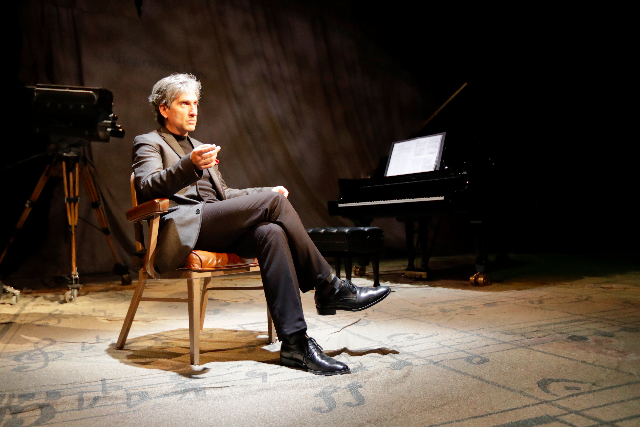 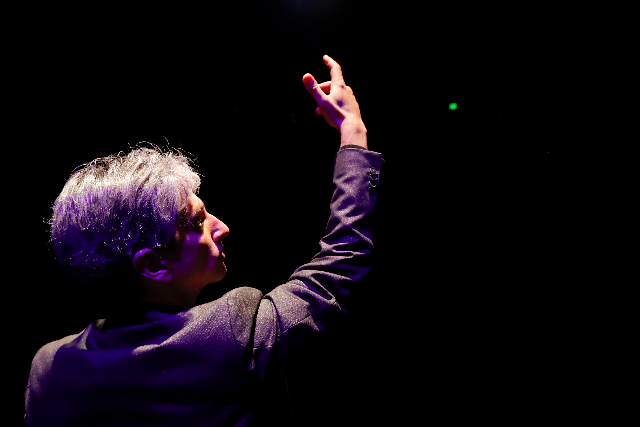 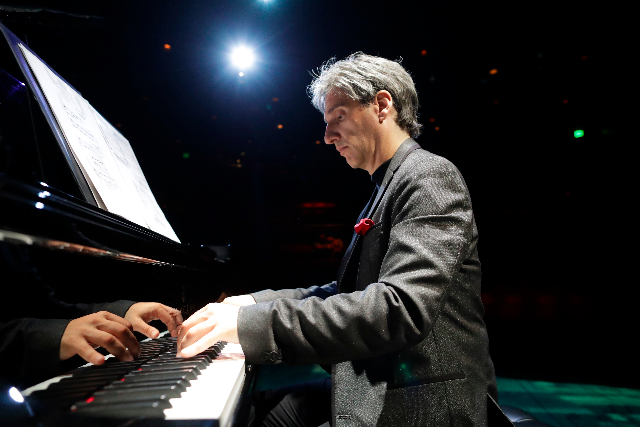 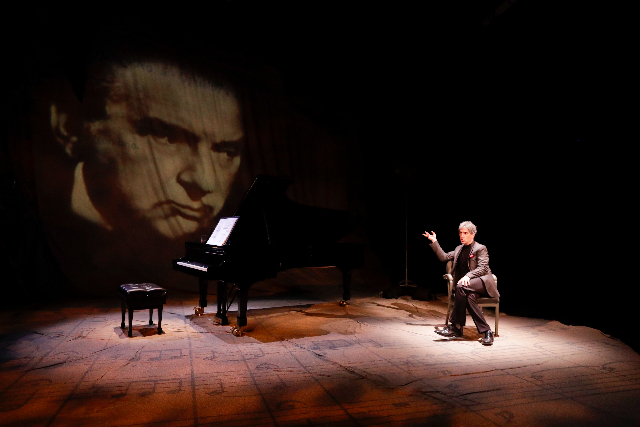 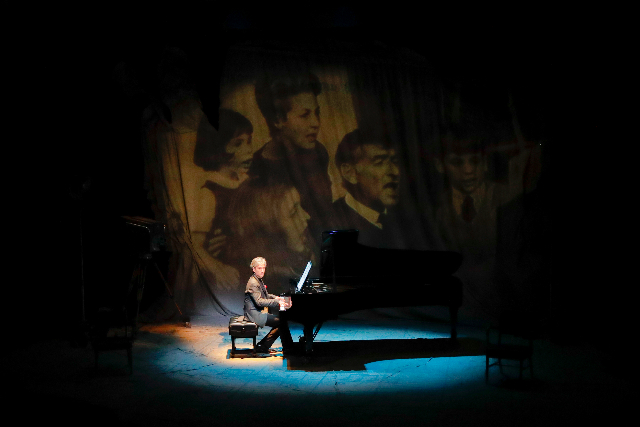 Hershey Felder’s Maestro is a moving love story on many levels. There is Leonard Bernstein’s internal love of music which was going to emerge even if his Aunt Clara’s upright had not arrived at the Bernstein home when he was ten. He would have found another one. When Bernstein’s father refused to pay for three dollar lessons at the New England Conservatory of Music, Lennie took to the streets and found willing neighborhood students who he taught for a dollar. He paid for his own lessons.

Felder gives a performance which richly details the observant Jewish culture of his childhood home and also almost whispers Bernstein's haunted love songs. The stage set is simple. A Steinway piano dominates. Projections show us the conductor, his family, mentors and composers he admired.

The actor thoroughly understands the conductor and his many conundrums. Bernstein thought of himself as a composer. He came to know conductors, Dmitri Mitropoulos, Fritz Reiner and Serge Koussevitsky among them, because he understood that conductors were in charge of the programs they conducted. Your work would be played if you had access to them. Both Mitropoulos and Koussevitsky championed contemporary music.

Bernstein of course would become Mr. Music, teaching audiences on television across the world. Young People’s Concerts were designed to extend exposure beyond Peter and the Wolf.  My son would perform in Bernstein’s Candide at the French Woods Camp for the Performing Arts and this production had more vitality than the 1997 Broadway revival. Teenage performers and audience loved it.

The one sour note in the Maestro evening is a suggestion that Bernstein thought he was the God of Music. If he did, the must have been drunk or in a mad moment.

Bernstein’s ambivalent sex life is touchingly developed. From the first moment he locked onto Mitropoulos' cobalt blue eyes and learned that the conductor lived a life among men, Bernstein knew he could be happy in that world. When he announced to his family that he was marrying the actress Felicia Montealegre, his father wanted a promise that she would convert to Judaism. His sister asked, “But what about your other life?”

The Bernsteins were by all accounts a devoted couple, but the pull of men would propel Bernstein.  He left home for a man, but returned and was by his wife’s bedside as she died of cancer. After her death, it was men, men, men. He also smoked and drank. In his last conducting performance, he fell off the podium.

After an early triumphant conducting performance, the press crowded into the green room to speak to the young Maestro. They then turned to his father Sam and asked, "Why did you block your son’s early career in music?" tSam replied "How did I know he was Leonard Bernstein?"

Bernstein always knew who he was, even when he did not publicly acknowledge pieces of himself. Felder understands and loves him. His brilliant capture of a giant of a man who changed the musical landscape is an extraordinary evening of theater.