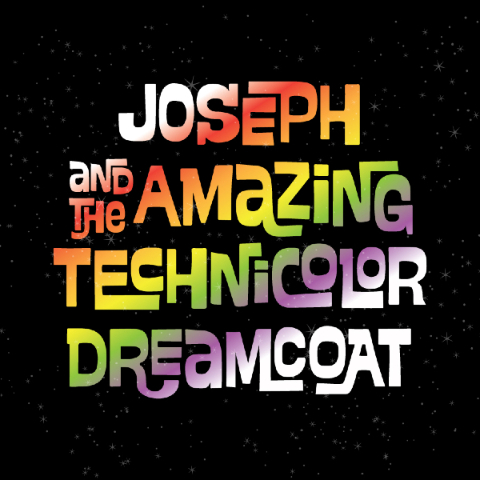 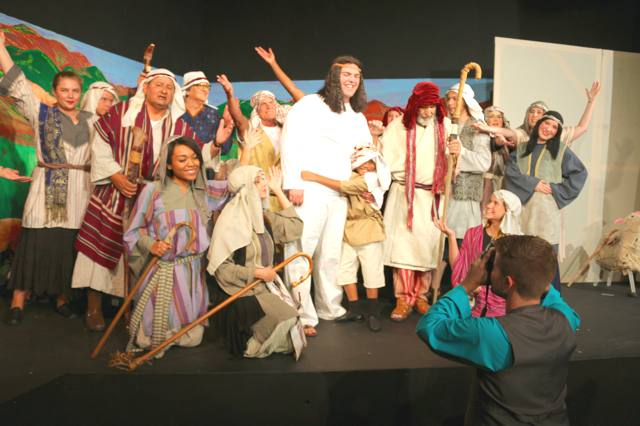 “Joseph and the Amazing Technicolor Dreamcoat”, is one of the most performed musical operettas worldwide over the last 50 years. With music by Andrew Lloyd Webber, and lyrics by Tim Rice, ‘Joseph’ has been a favorite target on the radar screen of Director Rebecca Havely for years.

When I asked the New York City trained performer/director and graduate of the American Musical and Dramatic Academy of New York why it has taken her so long to finally mount a production, she smiles sheepishly, saying ”I waited until my son Jericho McWilliams was a grown man and a performer.  He has a wonderful singing voice and was always the perfect “Joseph” in my book”.

There are several versions of “Joseph and the Amazing Technicolor Dreamcoat” that have been performed.  Each production company gets to select the version that suits their audiences the best.  Director Havely has chosen the “meta-mix” version for Theatre 29.  Audiences will be seeing an all-singing and dancing production. No written dialogue.  Director Havely is fortunate in that her cast – all twenty-three singer/dancer/performers – are committed, dedicated, and eager to strut their stuff in this format.

The setting of the Joseph story is a play-within-a-play that begins in a bible museum where the teacher and the students go back in time to recreate the Old Testament story of Joseph and his mean-spirited brothers who ‘sell’ him into a life of slavery to Egypt’s Pharaoh for money to feed themselves and their people.

The musical chronicles the trials and tribulations of Joseph’s journey with comedy interludes that employ a western/cowboy, rodeo and Hoe-Down setting and songs, plus French- Parisian songs and a comedy sequence with a French Apache dancing number, then back to where all this light, and a little over-the-top comedy operetta began.

With a cast this large – twenty-three; four of whom play multiple roles – it becomes difficult to list everyone.  However, there are always standouts.  They include:  Jericho Mc Williams, whose strong voice as Joseph, brings a warm and winning quality to his performance.  Analisa Pilecki as the Female Narrator, as well as the production’s Musical Director, is also the possessor of a lovely soprano voice and stage presence. Scott Clinkscales as the Male Narrator, Ben Bees as Pharaoh and Dan (think Elvis Pressley), Joe Rego as Potiphar and Simon, and Kelly Ames as Mrs. Potiphar and Mime lend solid support.

The stage of Theatre 29 is awash in color that is reflected in the terrific costume designs created by director Havely and Kerry Jimenez.  I also suspect that there were a dedicated army of sewing assistants as well who were involved.  There are many quick costume changes required for this fast- paced and energetic production that stage manager Liyan Lagevardi, and her assistant Nena Jimenez, must handle to avoid backstage traffic jams and still keep everyone on their toes and  on their cues. It’s a credit to the entire company for their commitment and dedication.

Chorographer Sarah Fleischman’s dance steps are nicely performed by the ensemble considering the tight stage confines of the 90- seat Theatre 29.   Lighting designer Brandon Hazel and technician Brianna Jillson, nicely paint the stage with light. And kudos also go to the Props people who provide a plethora of spears, handcuffs, food, cups, baskets, blankets, trinkets, and whatever else it takes to transfer the TwentyNine Palms desert to the real middle east desert.

There are many innovative and directorial touches to this production that make “Joseph and the Amazing Technicolor Dreamcoat” a winning evening of live theatre entertainment.

The musical operetta performs on Friday and Saturday evenings at 7 PM, and on Sundays at 2:30 PM. through September 17, 2017.  For reservations and ticket information call the theatre box office at 760- 361-4151.

As a performing bonus, this production will present two performances at the Barstow Performing Arts Center located on the campus of Barstow Community College on Saturday, September 23rd at 7 PM and on Sunday, September 24th at 2:00 PM., in case you couldn’t obtain tickets from Theatre 29.