How to Survive the Boston Art Scene 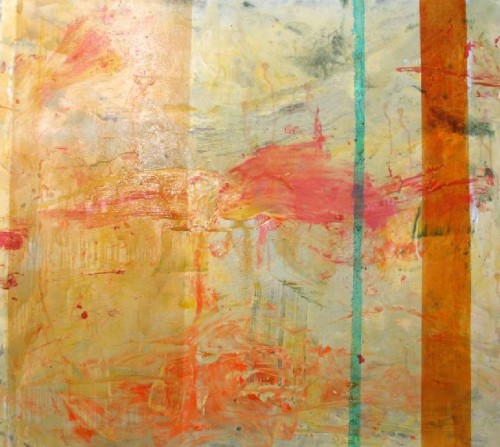 My friend Addison Parks recently wondered if we both had the tendency to churn the same ideas over and over in our blogs. He chides his readers for not appreciating how to enjoy the freedom they have been bequeathed as artists by spending too much time trying to figure out where they fit into the art scene.

The art culture does a good job uniting buyers, critics, galleries and museums to convince us of a status quo and we are hard wired to bow down to authority whatever it may be at any given time. I have tried in my blogs to jump out of the noise of contemporary art as well by imagining an ideal art scene where artists speak to each other from across generations and participate in a kind of cosmic art dance. Its only premise is that the past has a lot to teach and any movement forward has to arise out of a dialogue with the past.

I suspect that Addison would find that too much of a constraint. But unlike me he can make the claim that he once had a niche within the scene in the 80’s with shows at blue chip New York galleries. If he says ignore the scene and be free he knows what kind of stranglehold that world can place on one’s creativity, as his novel so passionately stated in its title:” Life and Art, in that order.”

For me there was nothing to lose as I had an inordinate talent for always going in the opposite direction of any group that claimed to be the center of the universe, such as going to Paris after my MFA at Yale when the scene was clearly in New York. I have always just plodded along talking to my artistic ghosts.

So Some artists are picked out of a hat or so it seems to strut on the scene for our entertainment.Their work is show regularly,collected and written about.Of life’s unfairness we should be constantly reminded. It is a subject of a few of Addison’s blogs. His answer: get over it. There is one and only one reason we should not dwell on it: it is bad for your health. Nietzsche devoted a great deal of ink to his analysis of “ressentiment”. Dionysian that he was He too wanted people to be free to create not weighed down by anger at the system.

Tim Nichols, Boston painter, legendary teacher at the Museum School and friend, who died several years ago in his late 70’s, comes to mind as someone who struggled for recognition and was never granted it. He was someone who cared deeply about a lot of things. Maybe, because he was already a practicing Ivy League trained corporate lawyer when he decided to pursue painting, he knew that art comes from within, and is in conflict with the veneer of the world of commerce.

Unlike the contemporary content providers that litter Newbury Street and SOWA he was incapable of giving the galleries what they wanted. Boston has always suffered from a sense of its own history and the current choices in the galleries run the gamut from Boston Expressionist schmaltz to John Singer Sargent wannabees with a good deal of neutered art objects that go well over the divans of Boston’s moneyed class.

I gave him a show at the Art Institute of Boston in the early 90’s and to my mind he was the best painter in Boston. It was work informed by abstract expressionism, which was banned by the Boston expressionists as too French, but he didn’t pursue its purely energetic goals. IN that sense There was always something indigestible about his work.

Each painting seemed to deal with some inner vision tangled in the web of day to day life. The only artist I can think of who resembles him is John Walker. He went off to work each day like someone going into battle. There were wars to be won, wrongs to be righted. I recall an all night bout of drinking that ended with a discourse on the misery of the lives of those in the ghetto that he knew his art could not help. He brought this same kind of proselytizing energy to his teaching and in turn did attract admirers such as Jim Falck, an artist, who abandoned a career as chief landscape architect for the MDC late in life to become an artist.

We first met at the Bromfield Gallery, a coop gallery, in Boston where I was briefly a member in the late 70’s and again in the mid nineties. He was living with the Chicago based still life painter Catherine Maize, whom I had met at Yale / Norfolk in 1970. He remained a committed member of the gallery until he died. Exhibiting in a coop gallery provided him,I suspect, with  a self-image as outsider, free from the art industry and allied with the community of artists.

Since I was out of touch with him in later years I don’t know what kind of success he had there .The last time I heard about him was when we were included in Addison Parks” Severed Ear “show at Crieger Dane. There was some chatter about how he had someone deliver the work for him while he waited outdoors on Newbury St, as he did not want set foot in a commercial gallery. He did not come to the opening.

The only images I have of his work are several that exist on a site” Slow Art”. They are among his last work. They seem serene not tormented, atypical of the work I showed from the 90's. When I learned belatedly of his death I tried to introduce his work to Chawky Frenn who was writing at the time a two-volume work on Boston Artists for inclusion in the series. I did succeed through the Dean at The Museum School in contacting his children by email but nothing came of it. It is unfortunate. I would like to think that future historians will stumble across his work and acknowledge its superiority.

Nichols stayed committed to being an artist in Boston. He stayed loyal to his coop and taught vigorously until his retirement. Nichols was continuously out of sync with Boston’s artistic seasons. I suspect that he didn’t heed Parks’ advice: He didn’t get over it. And it may have had an effect on his health.Whereas todays artists favor antidepressents, he was more in the style of Bukowski when it came to self-medication.

Tim was always on the ramparts, trying to overcome what he saw as the inherent unfairness of a system where people go about their roles in the art establishment like somnambulists. Art has become corporate and the artists are just content providers. Art had saved him from a life as a corporate lawyer and  he spent the rest of his life spreading the word of art’s sacred content that a painting is a poem where as Wallace Stevens said we perceive “ghostlier demarcations, keener sounds”.