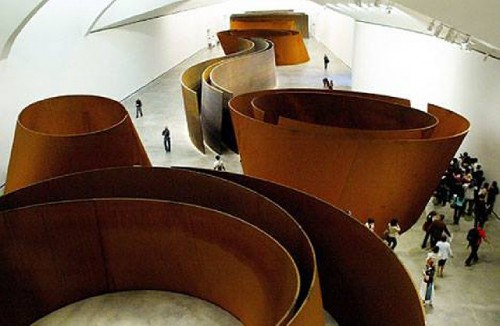 Installation of work by Richard Serra at Guggenheim Bilbao. 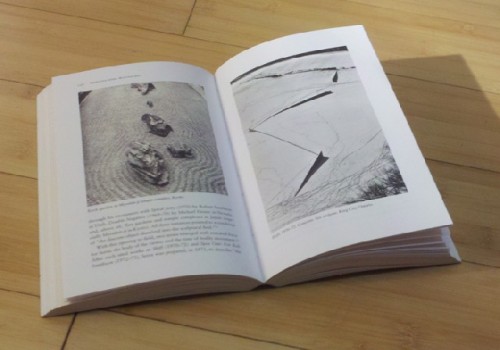 The relationship of art’s influence on architecture and vice versa is a phenomenon that grows steadily stronger as the fields continue to grow closer and closer together. The ambitions of leading figures in either field are constantly pushing them to find new ways to express their increasingly complex ideas, which often means bleeding over the line between these two corners of art.

Foster begins by examining the practice of pivotal architects who have consistently been pushing the envelope not only with the structures they build, but the materials they experiment with, and the way they consider the interaction of the viewer with their various projects. Architectural leaders such as the Venturis, Rem Koolhaas, Renzo Piano, and Zaha Hadid.  Their work is evaluated in relation to pop aesthetics, the international style, and the widespread influence of minimalism.

Aptly using Richard Serra’s work as a stepping stone between the two worlds, Foster glides seamlessly into an evaluation of how the loft-sized work aesthetic provided by the changing landscape of the New York art world of the 60’s and 70’s provided a need for larger viewing spaces. Foundations such as Dia stepped up to fill a gap between the exhibition space of the gallery and the museum. They began refurbishing larger industrial buildings and utilizing their massive interiors as new exhibition possibilities geared towards work that commanded larger viewing spaces but was not yet welcome into the categorically stuffy, academic validation of the museum.

Moving from Serra, whose work utilized the space, to artists such as projection specialist Anthony McCall, the success of whose work was dependent on the space, Foster makes a move toward describing a further connection between architecture and perceptual art. From here the door is wide open to Irwin, Flavin, Judd, and Eliasson.

Like any good piece of art historical or critical thought, Foster is trying to nail down one of those topics that continues to be something that is art-historically tangible, while it’s explanation somehow remains fleeting and ephemeral.

The ownership of a gesture’s relation to space is something that has been under great debate between the circles of fine art and architecture for some time. Should a mark laid onto a surface be enough unto itself, or does it yearn for more­—is it also the seed of an idea ready to grow into a description of how a body relates to this original gesture in real time and space? Foster does his best to corner this idea and put it into terms that any aesthetic thinker can approach. He does so quite convincingly, when all is said and done, producing a book that will continue to gain relevance as we move forward. Like a newly shelved bottle of wine, it is presently quite consumable, but promises only to get better with time.

Page spread by the reviewer.