Shanghai Opera at the Metropolitan Museum 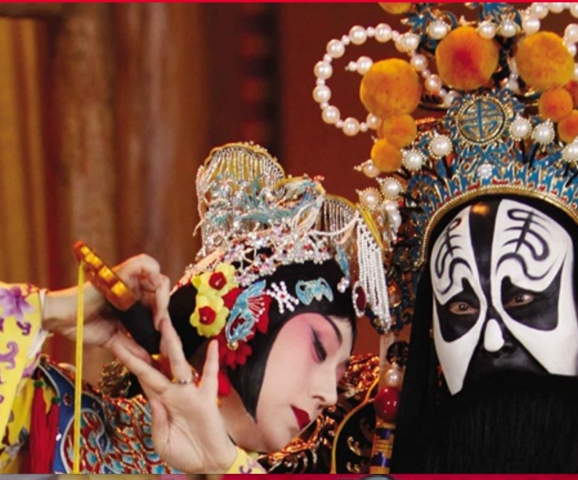 Farewell My Concubine by the Shanghai Opera 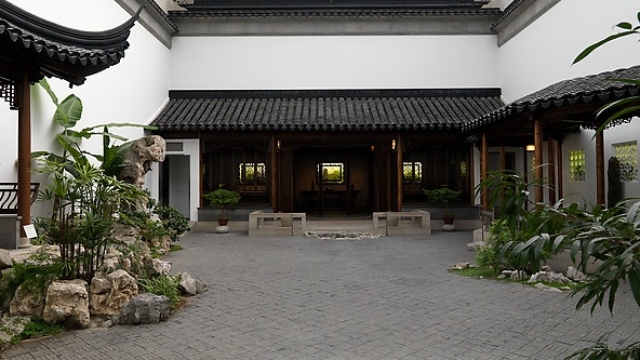 Modeled on a seventeenth-century courtyard in the Garden of the Master of the Fishing Nets in Suzhou, the court was entirely constructed using traditional tools and techniques. An eighteenth-century imperial kiln was reopened to fire the ceramic tiles; rare nan wood was hand-planed into columns; specimen Taihu rocks were used for the rockeries, and a granite terrace was hand chiseled from a Suzhou quarry. 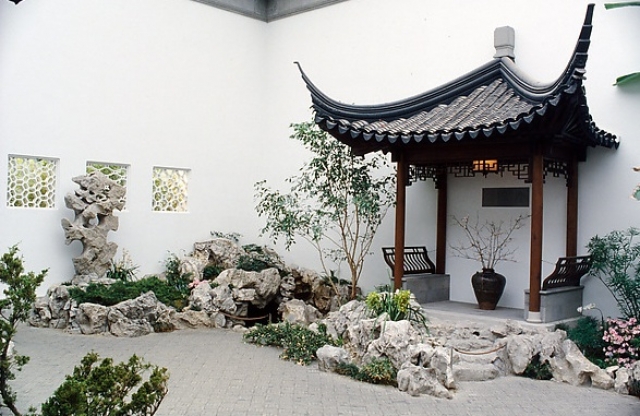 Another view of the Astor Gallery

The Metropolitan Museum of Art is spearheading the drive to bring relevant live events to art galleries. They have put on over 600 events in the past five years. Surely the performance of Farewell My Concubine in the Astor Gallery is one of the most beautiful and satisfying.

Taking advantage of the Museum’s collection of costumes, each one more rich and detailed than the other, the Shanghai Opera dazzled in the natural setting of the Courtyard Gallery modeled on one from the Ming Dynasty.

Shortly before Xiang Yu, the co-star of the opera, came to rule, the Yellow Sovereign commanded Ling Lun to create pitch standards. He started with a 3.9 inch length of bamboo he found in the valley of Xiexi that had hollows and walls of the same thickness. The tone produced was called styag-rhyag and seemed to have functioned somewhat like our 440 A, the tone around which all others are organized in performance.

Fortunately, music was on a solid basis when warring factions disrupted the order of the Empire. We are in the private quarters of the soon to be deposed Xiang Yu, who is discussing his future with his concubine.  Pitches are firmly set.

The orchestral tones, chimes, and beaten wood and glass gong, provide the texture of the scene. The jinghu, a small, high pitched instrument, accompanies the vocal line. The brilliant Shi Yihong, singing the concubine, often makes her voice sound like this instrument. The ear quickly accepts the unusual tonal convention because it is so skillfully executed.

More spoken dialogue accompanies the drama than we are accustomed to. The emphatic ‘alas’ suggests the denouement long before it comes.

Dance and gesture are part of the acting technique. Shi Yihong often uses a evil eye symbol in both hands, which move with exquisite grace, even as she wields the Emperor’s two swords, both entertaining him and foreshadowing what she will do to herself.

Shang Changrong at first is bombastic as he declares his ability to win against the enemy troops that have surrounded him. He soon wilts, and his fluttery, shaking hands tell us all. He knows he will be beaten and is terrified.

Shang’s face is hidden behind a mask. Shi’s is beautifully exposed, surrounded by a charmingly decorated headpiece.

The remarkable talent of the entire cast under the direction of Sherwood Hu convinces us from the start to accept the form. Titillated by the costumes and transported by the setting, we are in the China of  past and now.