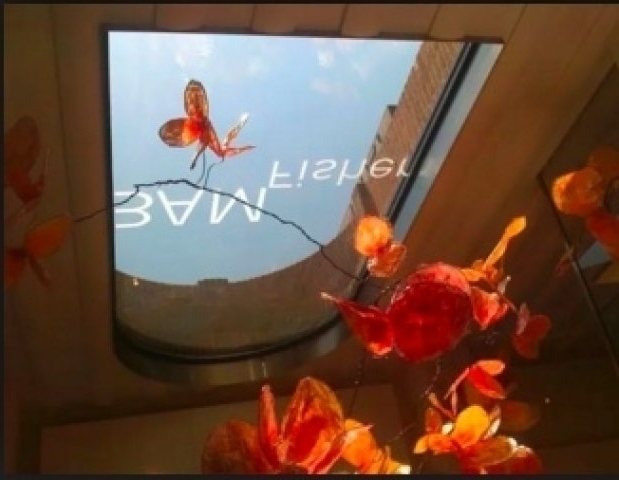 Echo and Narcissus at BAM Fisher 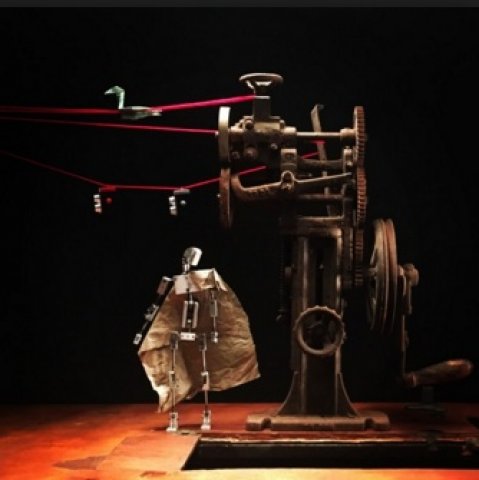 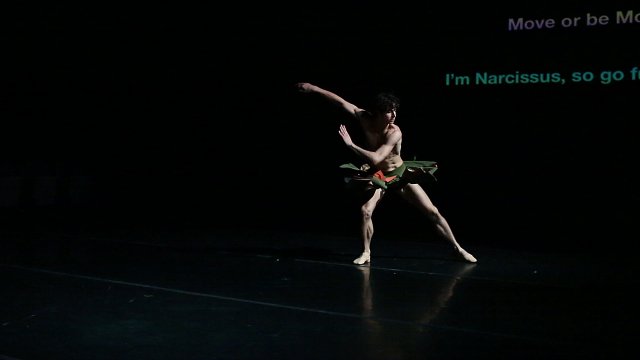 Narcissus hunts in the city 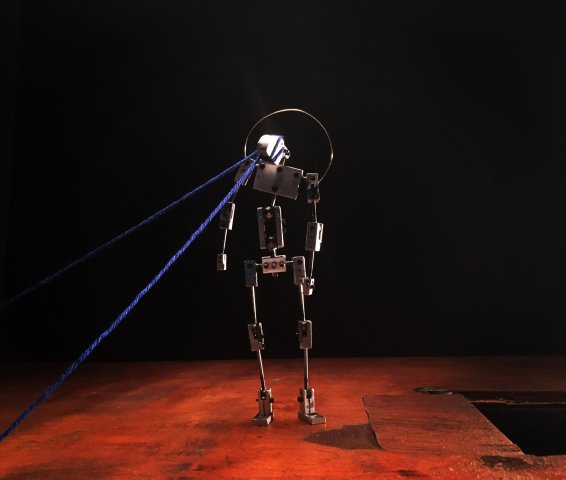 A robot with laser vision 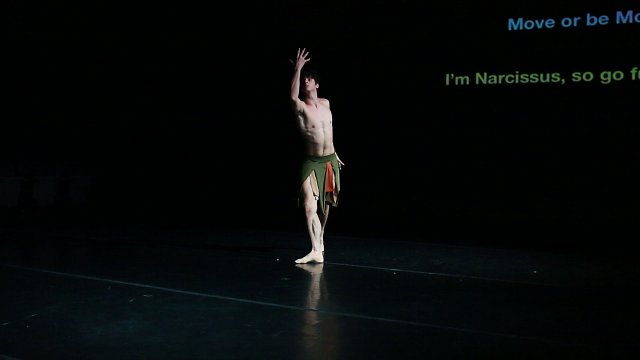 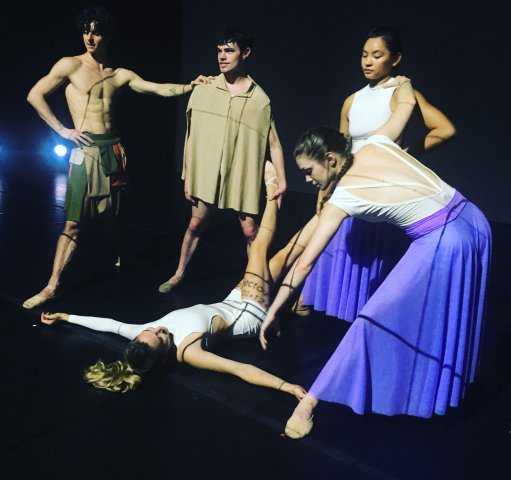 Can the nymphs save Echo from herself? 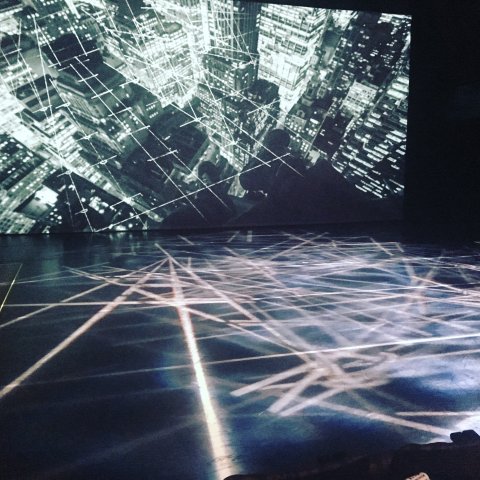 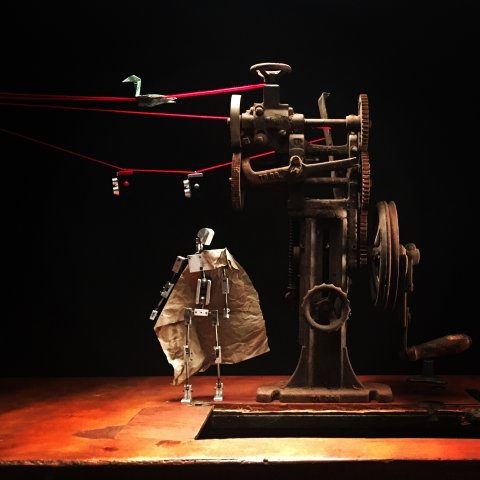 The meat grinder and the robot

An old-fashioned meat grinder appears to yield robots, one very tall and the others miniature. Horizontal gas flames propel a simple roulette wheel across the table.  Projections on a huge screen at the back of the stage at BAM Fisher are sometimes merged with the action.  Images on the bodies of dancers reveal their interior workings. Matteo Fiorani is a form-fitting Narcissus. He is joined by Timothy Stickney, Joslin Vezeau, and Tara Youngman who all dance with passion and detail.

The eye is always engaged in Satellite Collective's new work, an updated version of the Echo and Narcissus myth. Kevin Draper has re-imagined the story in the now. In fact, he so absorbs us that we miss the levitation of two characters to perch on one of the balconies.  The other balcony is filled with musicians.

Every moment of the drama is striking, but some linger.  When Narcissus first goes hunting, his tension of an imaginary bow and its release are beautiful.  Nymphs sometimes curl into a circle shape.  Outstretched arms seem disproportionately long and straining.  Norbert De La Cruz III has created inventive and gripping dance.

The music by Aaron Severini underscores the dancers, but also contrasts with their movement to thicken tension.  Percussion beats spin off action.  Woodwinds sometimes propel it.  The music often provides a sweet contrast with harsh events unfolding.  Phrases can echo the past, but also reflect the present. Change keeps the ear alert.

The choreography tells the story in movement.  Echo and Narcissus have an instant, fatal attraction.  Echo's fellow nymphs try every device to separate her from the man.  They fail.

An auto accident kills a brother.  Is Narcissus responsible?  Breaking into song, and played now by superb soprano Christine Taylor Price and Philip Stoddard (who also directs), the tug between Narcissus' need to be declared innocent and Echo's unwillingness to absolve him of crime, tugs at the heart.

The story concludes in dance.  All the layers quiet as the lights go to black.  Writer Kevin Draper, who also manages the company, made a myth contemporary with the first-rate mix of many forms.

The evening concluded with two citations from the Brooklyn Borough President for the company and Draper.  They were well deserved.

Echo and Narcissus will be turned inside out and projected on the walls of a classroom in Michigan where it will be viewed by 40,000 people over a month.  Site:Lab collaborated with Satellite Collaborative on this extension.