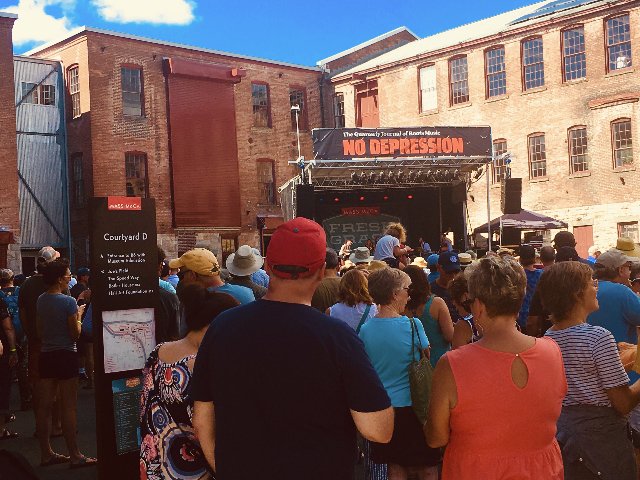 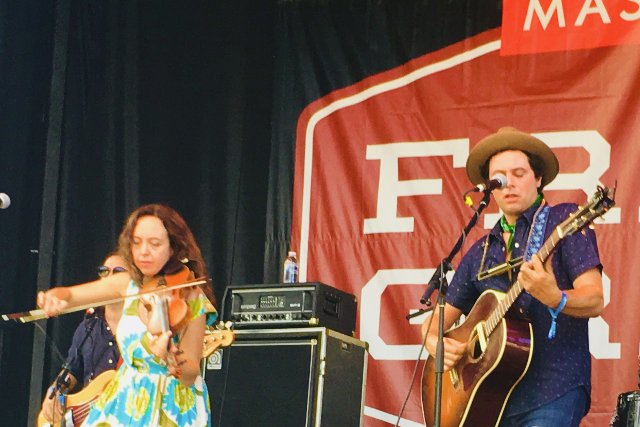 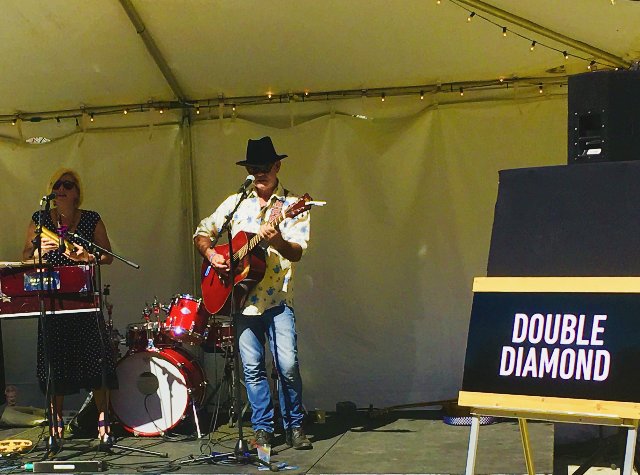 
The Fresh Grass Music Festival is just that. Youth rules at this zigzag event where there are no bluegrass boundaries. Some groups play traditional bluegrass music with the fiddle, mandolin and upright bass, while other artists push the limits.

With so much going on, often all four stages simultaneously, Fresh Grass is like a three ring circus. There is far too much to see, even in a thirteen (13) hour day. Plus free admission to the Mass MoCA museum is included in the ticket price.

It’s now one in the morning. My ears are still ringing from Floggy Molly’s set. Who is Flogging Molly? I didn’t know either. They are an Irish rooted band that plays with great intensity. With violin and fiddle and wailing electric guitars, they are not a bluegrass band, nor a punk band, as they were billed. They are a loud and seductive band, full of wit and Irish humor in-between beer hydration antics. No, they were not a typical Fresh Grass band, but, what they were calls the listener back for more.

Grammy award winning banjoist Alison Brown, co-founder of Compass Records with her husband,Gary West, a huge supporter of this festival, jammed, first with the Indigo Girls, then sat in on the Grateful Dead set that had a list of Who’s Who of bluegrass musicians onstage, including the Steep Canyon Rangers, Darol Anger, Molsky’s Mountain Drifters, The Indigo Girls and the The Mammels.

Another highlight of the day were the members of the Berklee American Roots Program, a collective of students from the legendary college of music.

Its hard to forget the performance of Bela Fleck, a legend and teacher of bluegrass music and a yearly staple at Fresh Grass.

The big standout for the day was Rhiannon Giddens and her band. She was in the Carolina Chocolate Drops and played several years ago at Fresh Grass. Her voice and stage presence was my highlight for the day. She played in Courtyard D to a packed crowd and should have been featured on the stage at Joe’s Field, where more fans could have seen and heard her.

The food court and beer vendors had a banner day. Beer was $7 and grilled cheese sandwiches were only $5 (what a deal).

Add sun the whole day and temperature in the 70s. All of the above helped create a most memorable day.

This barely touches the surface of what goes on at the Fresh Grass festival. You have to be there to experience the three days (even one day) of splendor. If you missed Woodstock, you have another chance to find that lifelong memory.