Brook and Estienne's The Valley of Astonishment

Theatre for a New Audience in Brooklyn 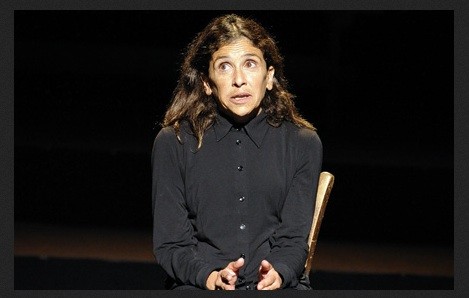 Kathryn Hunter, mnemonicist with a voice for the ages. 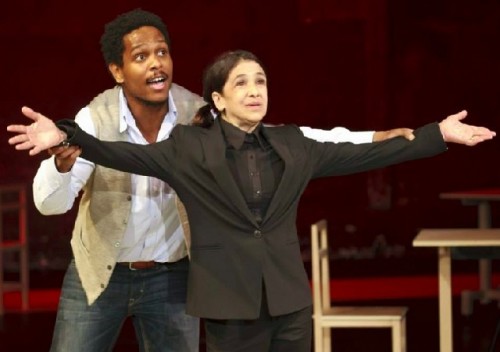 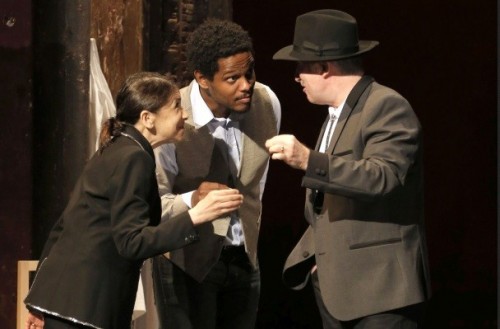 This trio perform multiple roles in Valley of Astonishment 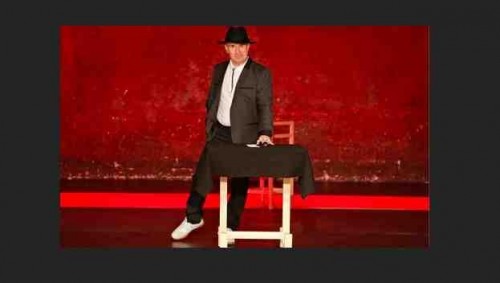 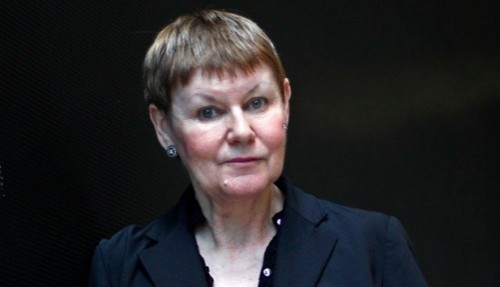 Peter Brook and Marie-Hélène Estienne stage mesmerizing moments at the Polonsky Shakespeare Center. In a program note, Brook makes clear that theatre must both amaze and hit the audience in its gut.

Four unusual characters are presented under examination by neuro-scientists. Influenced by the writing of Oliver Sacks, who was also consulted on this piece, the playwrights find in what to many may seem like odd turns of mind, a heightened sense of the world about these character.  This sense is called synaesthesia, not madness.

Carrie Wells, the detective on Unforgettable who can’t remember the past is a TV drama character dealing with memory.  A painter deals with color in Broadway’s Red. Brook’s take is deeper, funnier and more true than these current popular depictions.

Sammy, a woman of extraordinary memory abilities, conjures pictures from walks along the streets of her childhood to associate with words and their order.   By imposing a word or sequence of words on images she performs miraculous feats of memory.

A man finds color in words and sounds and experiences. Painting like Pollock with a cleaning brush instead of a paintbrush and rendering color like Rothko, the young man dances and paints to jazz performed live on the stage.

A man who has no sense of proprioception, or a sense of his body in space, is able to move by looking and guessing.

A magician with one arm performs remarkable card tricks.

All the while we are in the office of two neuroscientists who are trying to fathom these unusual abilities blanketed under the term synaesthesia, not madness.

The audience connects with the human, with the tender sense that Sachs always brings to people who in another age would have been called mad and locked in asylums.

Kathryn Hunter, in a brilliant turn, is the mnemonic genius who loses her newspaper job, but is sent by a kindly editor to the Swifty Lazar of his day. Although a freak show comes to mind, Sammy becomes a star of the stage, until she is overwhelmed by numbers.

While Marcello Magni’s magician is fun, and his reach out for audience participation charming, it is Sammy’s final retreat to research that shocks. She can’t live in the real world, even on stage as an actress. She is called to study other people like herself, to help them, and finally, after she dies, she is careful to point out, to donate her brain to science.

Anyone who knows Oliver Sacks a bit can guess that this is the arc of his life. You can live a good life outside the asylum.

The live musicians on stage, often performing quiet classical compositions, have the last word or note. Toshio Tsuchitori plays a plain tune on a wooden flute. The sound signifying something.