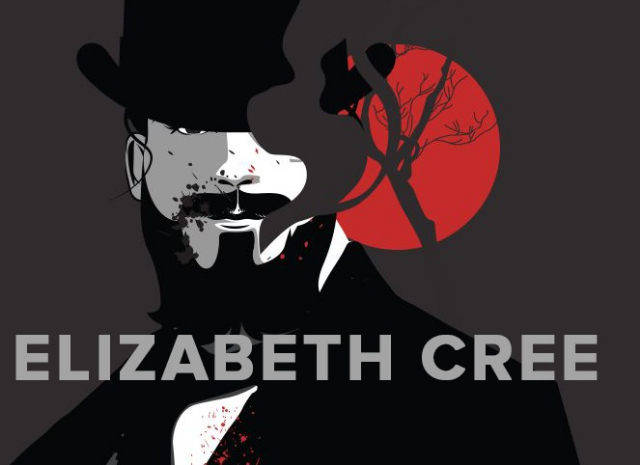 Opera Philadelphia headlines its first annual opera festival with a new work they've developed by composer Kevin Puts and librettist Mark Campbell. They are Pulitzer-prize winners for Silent Night, another opera commissioned by the company.

Peter Ackroyd's novel based in history is an intriguing choice for an opera.  Set in the late 19th century, the opera features a young woman irreparably damaged in early childhood. This is a universal theme. Added to a very bleak beginning is Thomas de Quincy's take on the joys of murder, later given a heightened twist by Hannibal Lecter.

Daniela Mack, well-known to opera lovers for her beautiful singing in Handel/Rossini roles, takes up the challenge of contemporary opera and triumphs. The role was written for her.  From time immemorial composers have written for the voices of their favorite singers.  Troy Cook, a powerful and yet subtle baritone, is cast as Cree's husband. He reports that there's nothing more pleasing than getting a call from a composer who asks you what your favorite notes are. Composer Puts made that call.

In this new venture we again delight in Campbell's masterful story telling and hear with pleasure his selection of vowels and consonants that sit well in the human voice.

Puts composes in a minimalist yet pleasing style. Here he uses the piano throughout as base.  Linda Henderson performs demanding roles on both piano and synthesizer to superb effect.  Motifs are suggested for the principal characters.

The most successful role and performance is that of tenor Joseph Gaines. He portrays a music hall standup comic who is admired by Elizabeth Cree and the rest of London. He may be a whippersnapper, but he is also full of feeling and delivers a particularly touching aria on the woes of the world. Gaines has several voices in which in can sing and brings variety and humor to a story that is essentially dark.

It is the darkness that remains off stage in this production. Mack speaking about her interpretation of the role in a post show talkback said that she had focused on her character's horrendous childhood. Somehow this is not brought forward as the opera unfolds.

This is also the story of a serial murderer, and a police procedural, in which one scene follows another. It works. Daniel Belcher is efficient and a touch prurient in the role of the inspector.  Anxiety at not solving the case is allowed to peak through his smooth singing tones from time to time. It intrigues.

David Zinn rose to the challenge of producing sets for the 29 scenes that moved quickly, one to another.  Lighting and projections by Alexander V. Nichols created mood and visual meaning. Costumes ranged from beautifully garbed Elizabeth in rich robes to the raunchy members of the theater troop.

Yet the opera moves well through 29 scenes. The principals are terrific.

The multiple murders are solved when library books are returned to the reading room of the British Museum. There Dr. Cree has worked side by side with Karl Marx. Beware library patrons. Spend time at the opera, not your local library.

Elizabeth Cree is entertaining and a remarkable launch for this important festival mounted by this country's "it" opera company.