Martin Moran's One Man Show, All the Rage 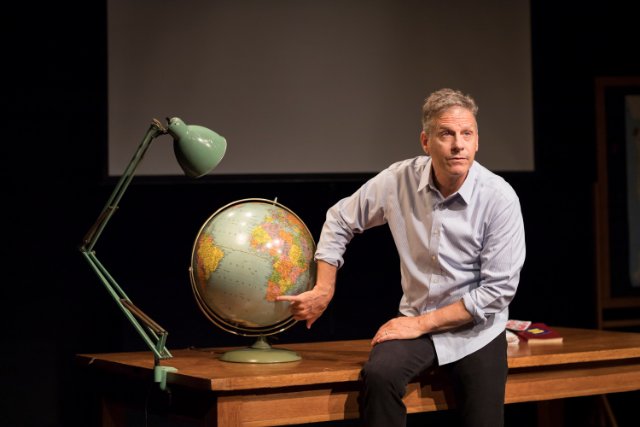 Martin Moran Takes on the World in All the Rage Photo Credits Edward T. Morris 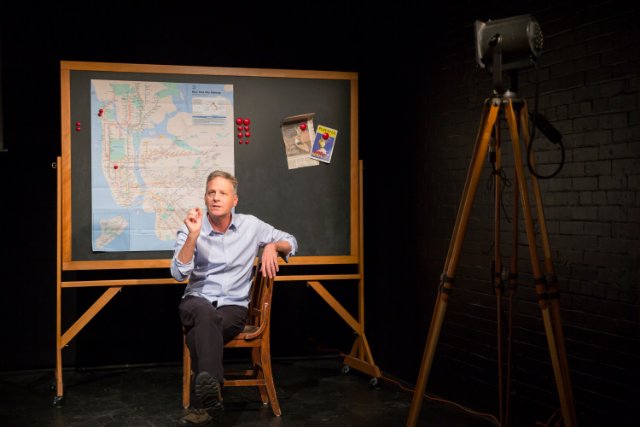 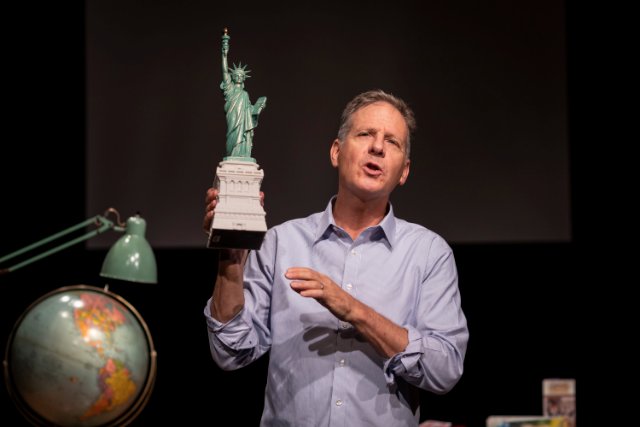 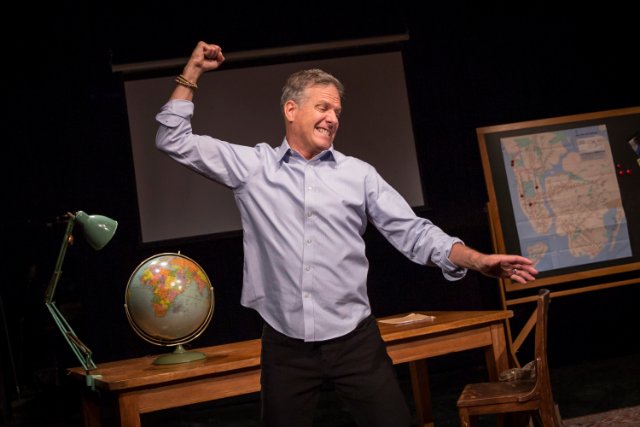 Moran tries a style that never quite fits

Martin Moran performs his one-man show, All The Rage, at the Barrow Group through October 5. Thoroughly entertaining, it tackles one of the deepest of subjects: forgiveness for unforgivable offenses.  Seth Barrish directs this award-winning show.

The stage set by Mark Wendland peoples more than the solo artist in our mind's eye.  The use of maps locates Peter Jennings Way near Lincoln Center. Johannesburg and Las Vegas, among other global locations. We easily imagine a wicked stepmother who looks like George Washington, and a crumpled up old pederast.. There is a joyful refugee granted asylum after holding fragments of glass in the crook of his arm and the bend of his knee.

A visit to South Africa reminds us, of course, of one of the greatest acts of forgiveness for the unforgivable. It enrails the emergence of Nelson Mandela from Robin Island, holding the hand of his putative enemy, F.W. De Klerk.

Moran is a thoroughly engaging writer and performer.  Constant reversals, dips into the dark side and emergence into light erupt moment to moment. Punched up finger pointing of the step mother, rushing to tell us more, he creates indelible physical images.

At the heart of this solo piece is Moran’s inability to deal with rage.  He admires the fury of an elegant woman in a white sweater attempting to cross an intersection on Broadway as a Humvee hurtles toward her trying to beat the light.  “Get your fucking gas guzzler out of my face. You are the reason we're in Iraq, bitch” the woman yells at the Humvee driver. Moran is stunned by the perfect expression of anger.

When Moran finds himself translating for a refugee seeking asylum, redemption begins to emerge.

What is interesting about Moran’s answer is that he doesn’t find anger, and yet he can move on by touching.  After his father’s funeral, he reaches out to touch his stepmother’s hand inspired by a golden light crossing her face.  Taking advantage of an opportunity to visit the camp counselor who sexually abused him for three years, he responds by touching his shoulder, crumpled by age.  He moves on without expressing rage.  His therapist senses that even watching others strike out has helped him move forward.

Full of humor and pathos, Moran puts on an enthralling show with deep undertones. It is deeply moving.