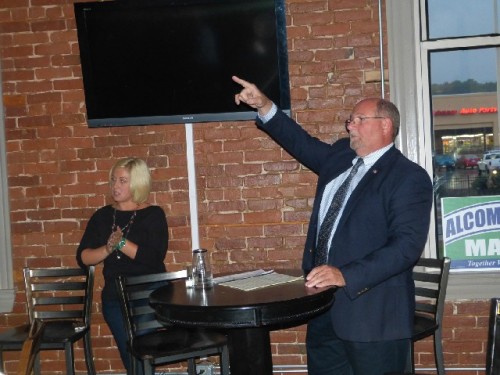 Mayor Dick Alcombright and his daughter Casey address the rally at The Public. Giuliano photos. 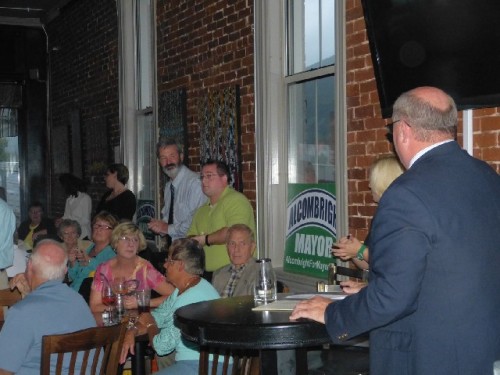 Looking out at his audience. 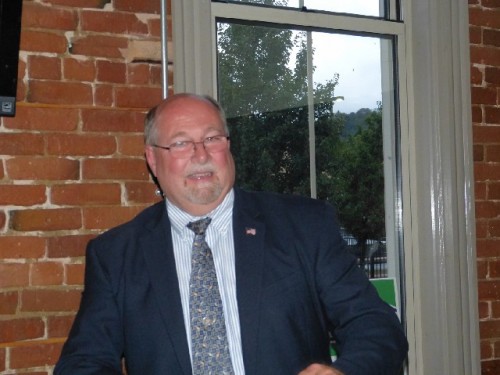 The Mayor is now in the middle of his second term in office. 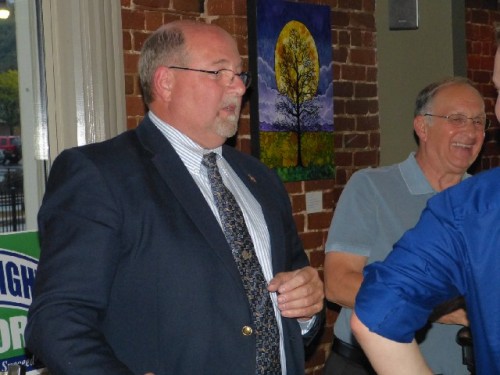 Speaking with a constituent. 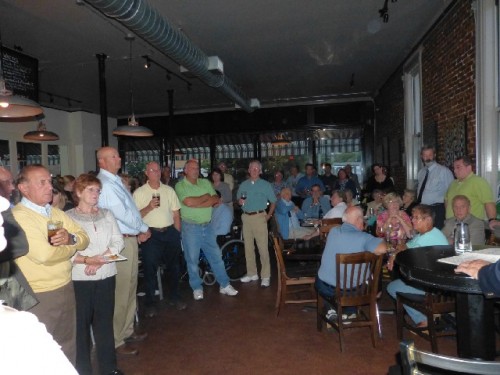 A strong turn out at The Public for the fundraiser. 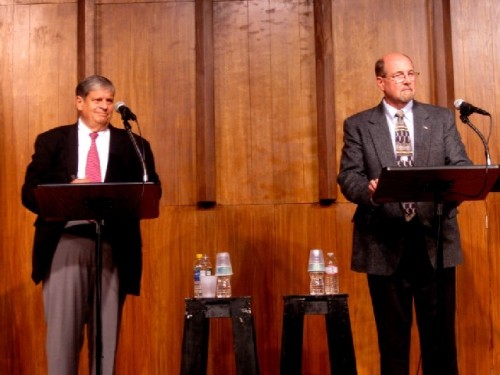 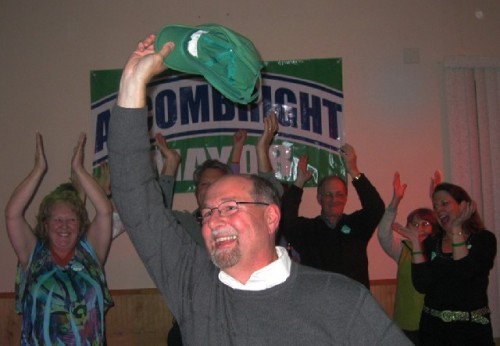 The triumphant Mayor on election night. 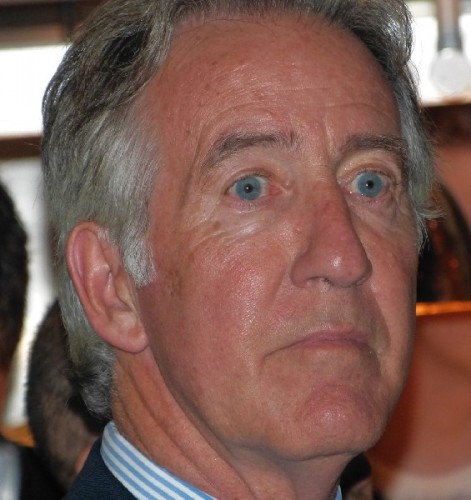 Congressman Richard Neal dropped by briefly to press the flesh. 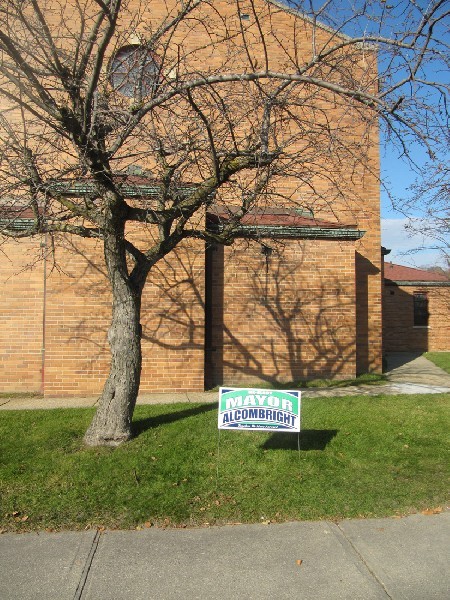 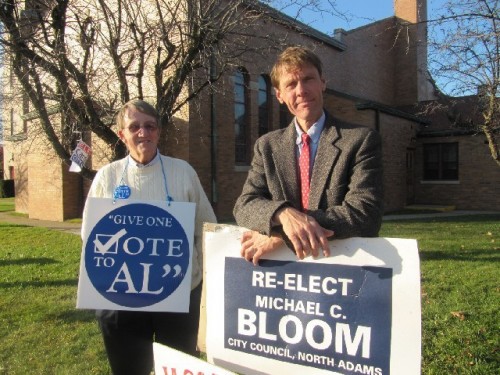 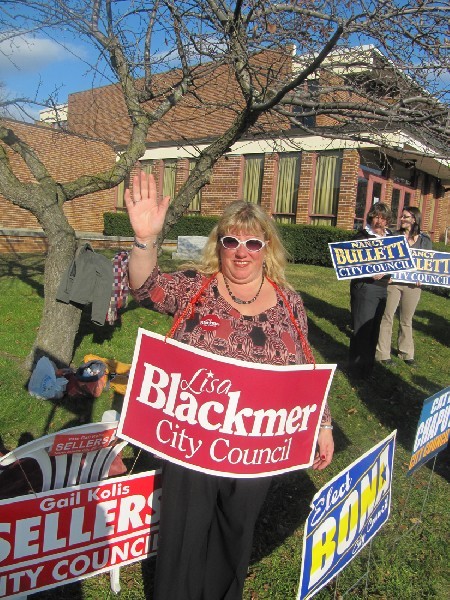 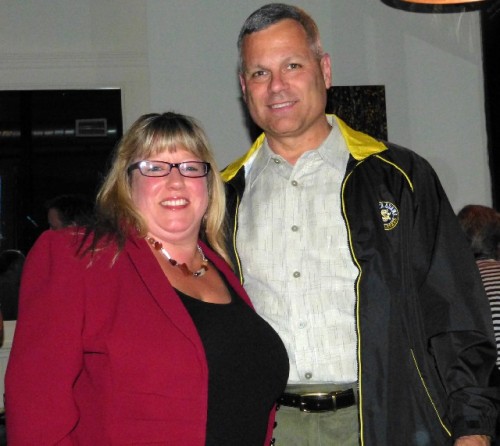 And now with husband Bill. 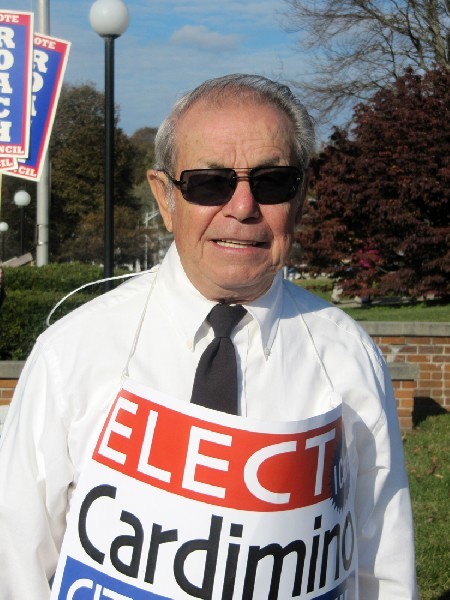 Robert Cardimino who ran last time is known for extreme and eccentric views. 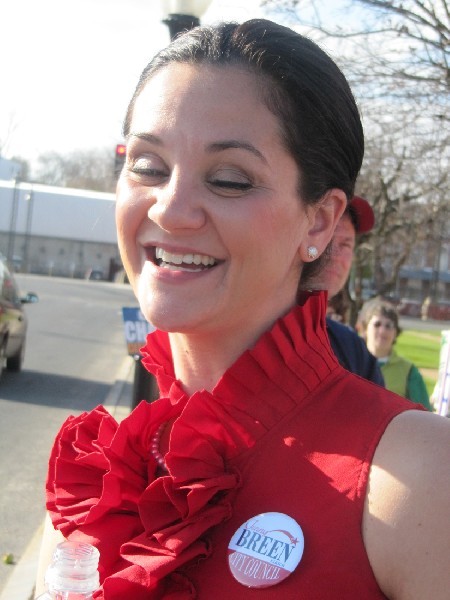 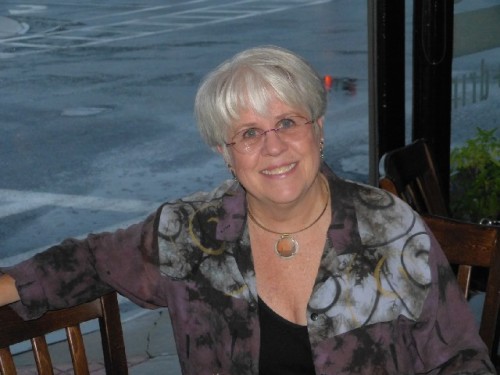 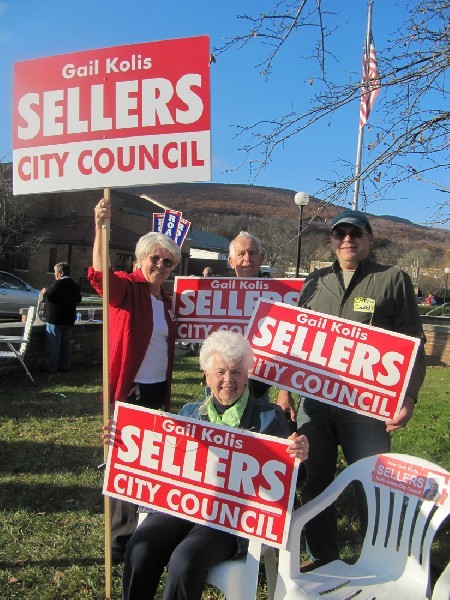 On the campaign trail. 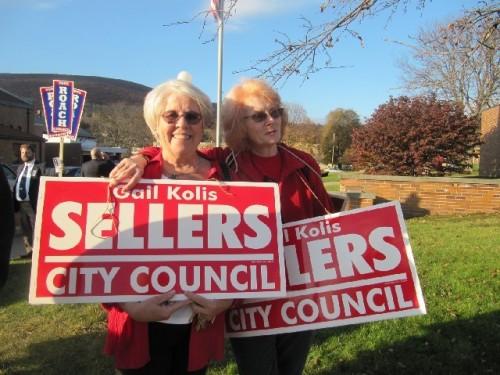 Standing out with supporter Astrid Hiemer. 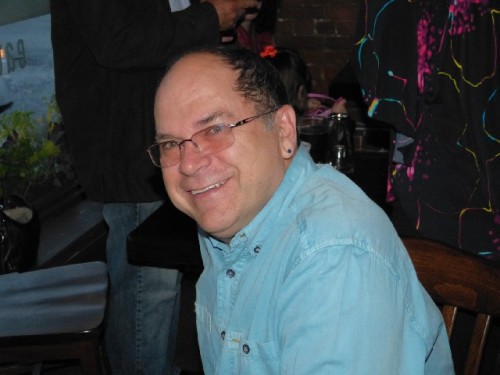 Phil Sellers heads Art About Town and chairs the Eclipse Mill board. 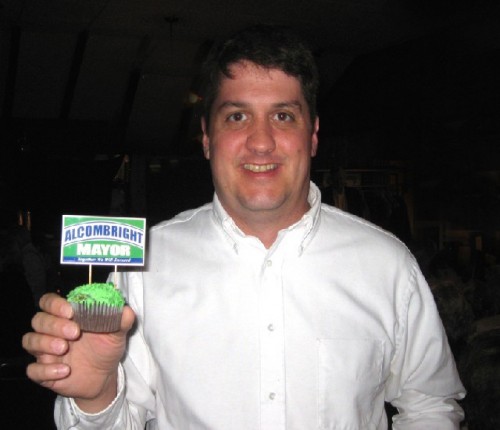 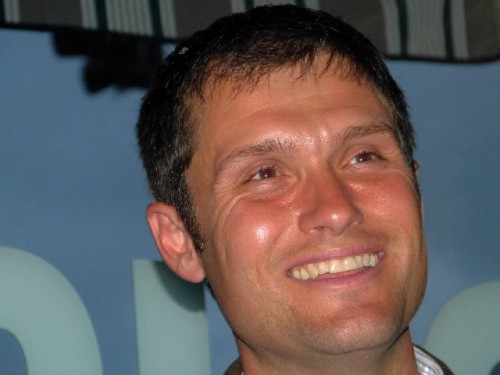 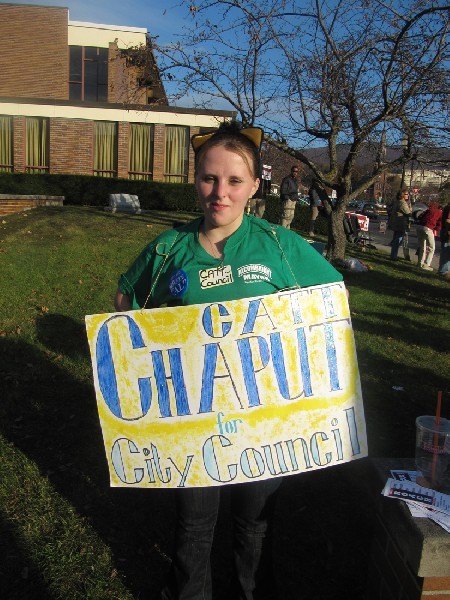 With a handwritten sign the youngest candidate for Council. 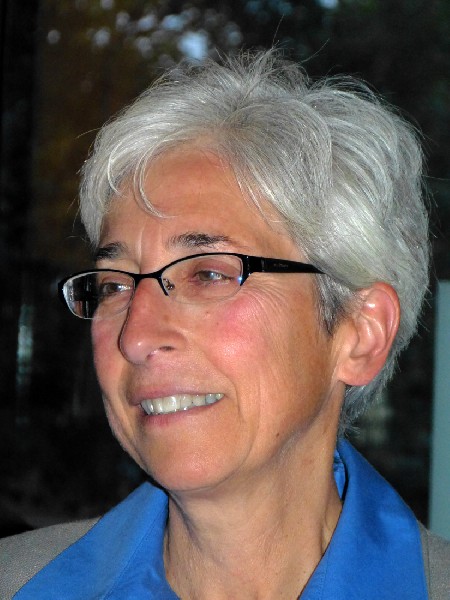 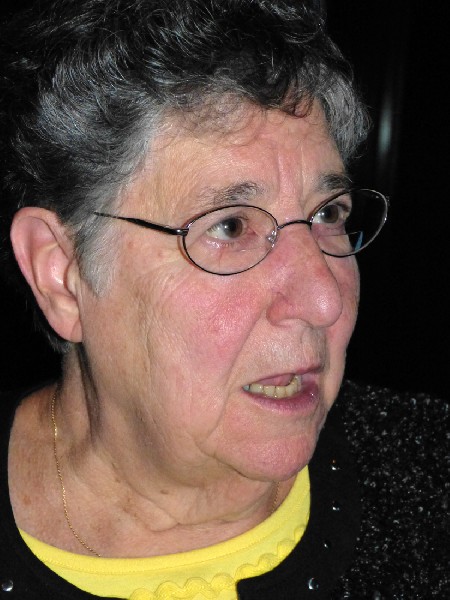 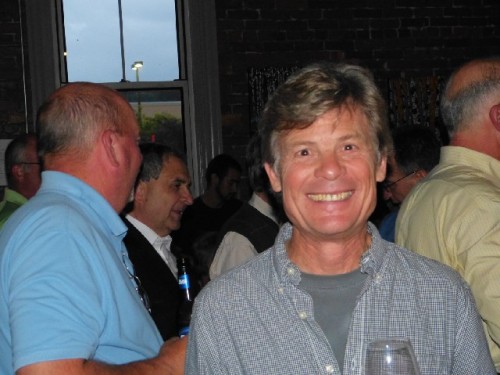 Back in the day artist/ developer Eric Rudd ran against Barrett. 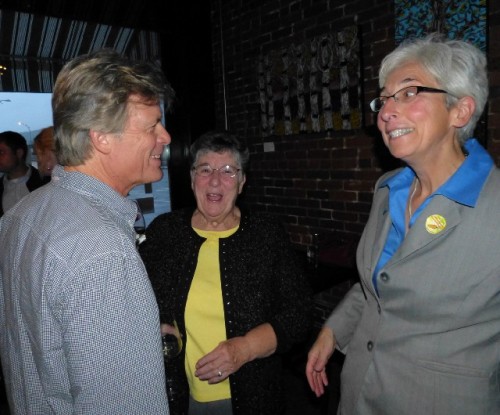 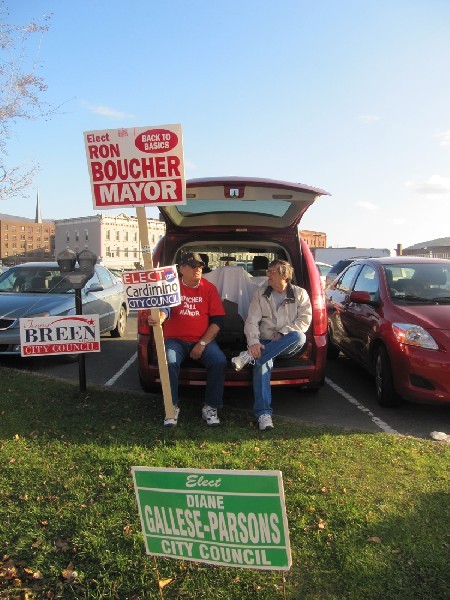 Backing the wrong side. 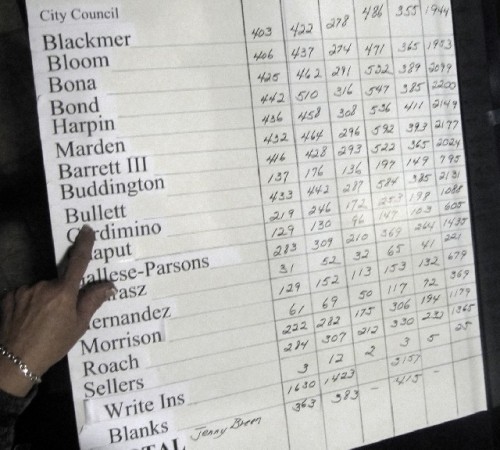 The all important final tally. 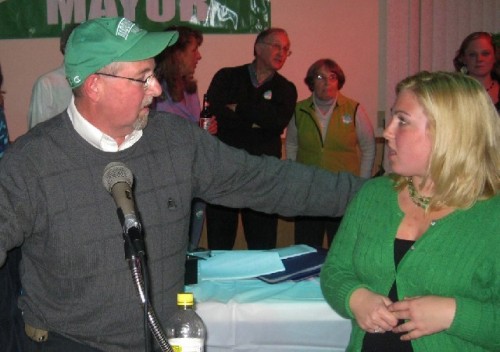 With his son Matt. 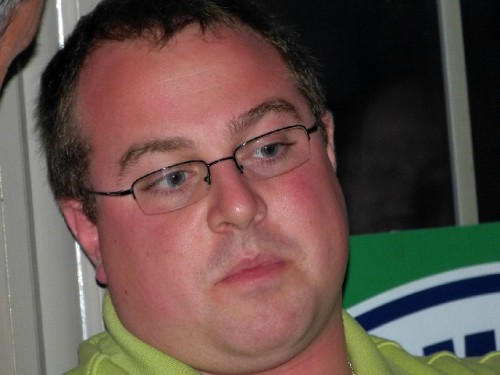 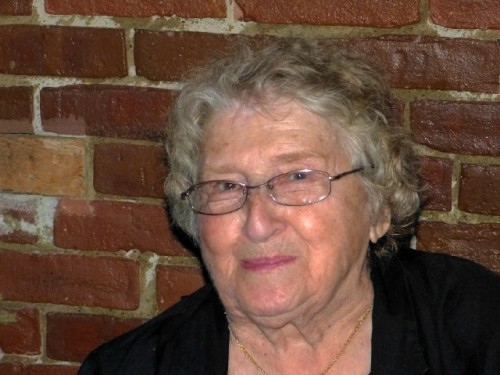 Red Alcombright the wife and mother of politicians.

It’s an off year for North Adams Mayor Dick Alcombright now in his second term.

Last night, he rallied local constituents with a speech and fund raiser at The Public a popular, noisy, restaurant and pub. His speech balanced tasks accomplished as well as work yet to be done.

Members of Alcombright’s family were on hand including daughter Casey, his campaign manager, son Father Matt, and his mother Red. His father Danny served for many years on the City Council.

We found ourselves shouting to be heard during conversations.

Looking about in the crowded space there was a great turn out of well wishers and local politicians.

Richard Neal, who won the Democratic primary, is running unopposed for reelection to Congress. He was a face in the crowd during Alcombright’s lively, and well received speech, then hastily departed for his next appointment.

Robert Cardamino, who chairs “Friends of John Barrett, III” was not on hand to heckle and harangue as usual. In the last election he ran a grass roots campaign for City Council.

North Adams splits on Town and Gown issues. Cardamino often taunts “carpetbaggers” on his public access TV show, meaning the many artists and others who, in recent years, have made the mill city their home.

Increasingly, artists have made contributions to the political and cultural life of the blue collar city which is often viewed as a suburb of upscale, bucolic Williamstown.

When the artist/ developer Eric Rudd ran against Barrett some years ago he was ahead of his time. Rudd paid the price for opposing the long running and autocratic Czar.

In the last election Gail Sellers, a potter in the Eclipse Mill who grew up in neighboring Adams, ran for Council and ended up tantalizingly close to winning a seat.

Gail and Phil Sellers head Art About Town which has created hand painted cross walks and murals for the city.

In a well received speech Alcombright promised to continue to work for all of the people of North Adams and not just its “47 Percent.”