A Visual and Musical Multigenerational Event 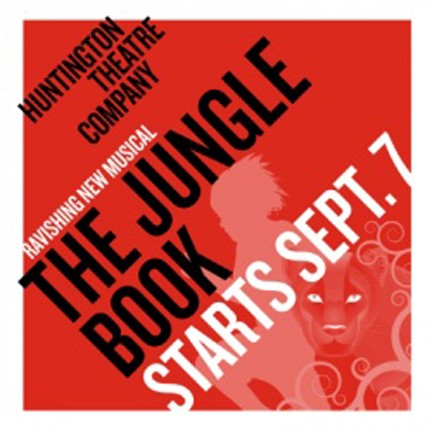 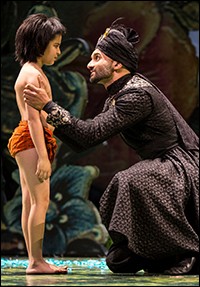 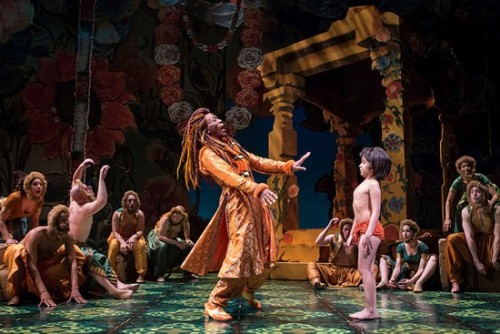 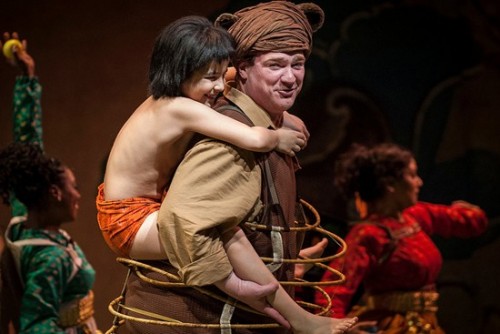 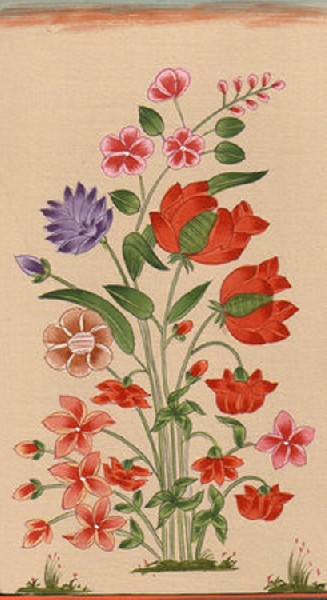 Mughal Flowers, an inspiration for the Jungle Book flora backdrops. 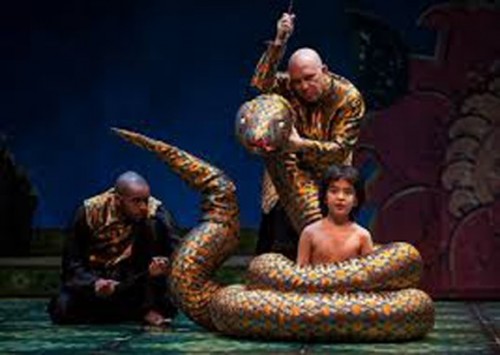 Thomas Derrah as Kaa and Akash Chopra as Mowgli 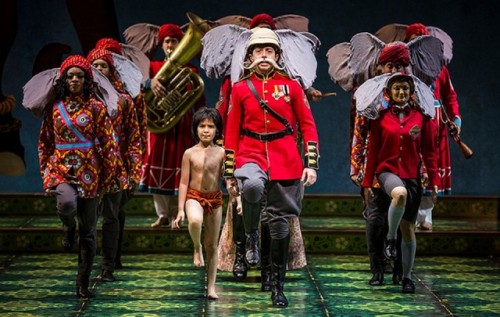 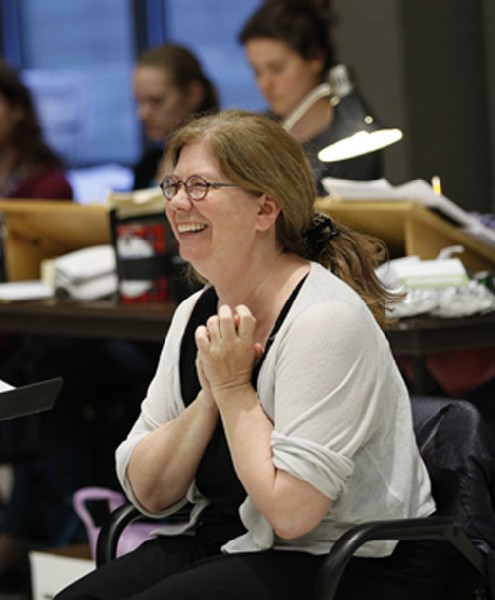 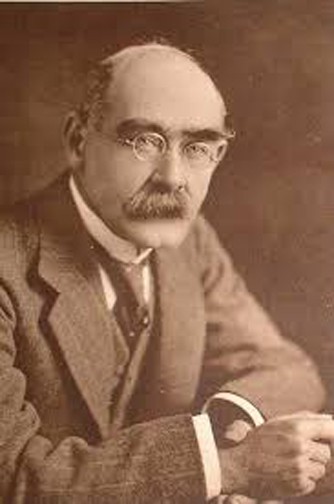 Produced by the Goodman Theater in association with the Huntington Theater Company by special arrangement with Disney Theatrical Productions.

At The BU Theatre of The Huntington Theatre Company

Opening with a nightshirted small boy reading a large book late at night, The Jungle Book takes us through a spectacular colorful dream/journey that tells a story of loss and belonging, searching for familial connections and becoming part of a community while staying an individual. This Huntington Theatre Company production is a magnificent multigenerational theatrical experience.

Director/Adaptor Mary Zimmerman has brought her own special creativity to The Jungle Book. She uses cleverly walking puppets to undulating pythons as tools of bold and beautiful as well as inspired stagecraft to frame and underscore the thoughtful fantasy and the often innocent and colorful fun of the Rudyard Kipling story.

As soon as the dream begins, we become enraptured by a visually enchanting jungle of gigantic Mughal (15th and 16th Century) style flowers and vines. This dense artistically-rendered foliage entwines with the action of the anthropomorphic creatures to add to the narrative vitality and the magical fantasy of the show. Here, flora and fauna visually reciprocate to create the colorfulness and liveliness of the story.

In Kipling's story, all of the creatures had human qualities intertwined with their very animal natures. This production wonderfully underscores this notion through costume, movement, music and even wordplay. The pack wolves are thoughtful and responsible, the panther (Baggy) is sensitive and nurturing, the elephants are militaristic and organized, the great Sloth Bear (Baloo) is bearlike yet affectionate and affable, etc.

Standout performances start with 11 year old Akash Chopka's incredible characterization of Mowgli. He is the epitome of the wolf-raised manchild. Not enough superlatives can be used to describe his bravura performance.

The music was an amalgam of Disney tunes (from the animated film), traditional Indian melodies and just a bit of Gilbert and Sullivan. All are passionately played to give rhythm and audio structure to the story. Musicianship, either on Western or Indian instruments, was superb. Every one  of the instrumentalists made the show rock. This was true especially of Juli Woods on various saxophones and Walt Bostian on trombone. Doug Peck's musical arrangement is continually smile-evoking.

The overall stagecraft of The Jungle Book is magical. The choreography by Christopher Gattelli gave moving punctuation to the narrative. Daniel Ostling's exquisite scenic design is a continual visual and color-filled delight. Sometimes the visual effects steal scenes by themselves. Mara Blumenfeld's costume designs are spellbinding and just right. T.J. Gerkens' mood-setting lighting design adds emphasis and focus. Everything seems to work harmoniously together.

A bit like a youthful growing up journey of the Where The Wild Things Are but without the angst and anger, this show could be a Broadway and traveling roadshow perennial like The Lion King. But The Jungle Book is much sweeter, more playful, less abstract and more warmly embracing.