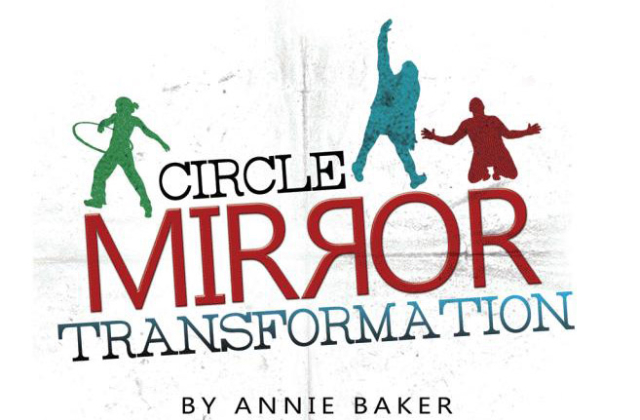 There is an emerging generation of talented playwrights which includes Annie Baker who, at age 35, has won a Pulitzer Prize and other high accolades.

She has a gift for creating realistic dialogue and characters through subtlety and gradually developing them. Slowly, but surely, she exposes her ordinary characters’ vulnerabilities, concerns and worries in heartfelt, thoughtful and humorous ways. We might consider many of Baker’s characters to be outsiders or lost, hurt individuals. Like a surgeon carefully working on a patient, Baker uses  a writer's “scalpel” to cut to the core of characters' wounded souls.

The “medicine” in “Circle Mirror Transformation” is drama.

This touching dramedy is receiving its regional premiere in an excellent production by the award-winning Area Stage Company in Coral Gables.

As is the case in Baker’s other plays, characters in “Circle Mirror Transformation” struggle mightily to communicate.  Baker shows how the power of live theater extends beyond entertainment. It can, for example, help those in need of human connection or provide an outlet for expression.

In the play, four strangers gather at a Vermont community center each week for a six-week acting class.

We recognize these people and it doesn’t take long to become emotionally invested in them and their problems. Baker’s play is so therapeutic and familiar, we want to ascend the stage and join this motley crew of five (four plus their instructor) to share and compare our own experiences.

Transformation happens as the characters, who often sit in a circle, begin to open up.

Take Lauren, a high school student who, in the beginning, scampers in and out of class wearing a hoodie that hides most of her face. It betrays a sulking, serious expression.

You know Lauren. She might be the depressed, lonely teenager at your school who keeps to herself and has developed bad habits while hanging out with the wrong crowd. She might even be suicidal and screaming for help, even if she says few words. A program such as the adult theater class in “Circle Mirror Transformation” can help, if not serve as a cure-all.

By the end, Lauren has shed her hoodie. Hair no longer covers most of her face and she’s opened up, no longer speaking in a monotone. You get the feeling that she’s better able to deal with problems. She’s well on her way to the acting career she covets.

Lauren is a success story, but Baker doesn’t pretend that theater is some perfect, magic potion that makes problems disappear.

Through words spoken during theater games and role playing in the class, the participants begin to uncomfortably recognize similarities to their troubled lives.

In Baker’s plays, speaking isn’t the only form of communicating. Often, her characters have trouble communicating verbally; their sentences trail off and they can only communicate through gestures and facial expressions.

A fine Area Stage Company cast executes not only dialogue, but non-verbal communication with flair. Characters interrupt each other mid-sentence, and this cast makes it seem spontaneous.

Silence is not only also a means to communicate, but it’s almost a character in itself in Baker’s plays.

Often, through long pauses, non verbal acting seem to “speak” for what the characters are feeling: Tension, disbelief, insecurity, sadness and other emotions fill the quiet space at these times. It's as though we’re in a funeral home or a courtroom. The setting is a wide open gym and is designed with detail by John Rodaz. It features gray walls and a black curtain, all of which reinforces the grimmer parts of the play. Rodaz is also the director, and through his sensitive guidance, the cast honors Baker’s silences which, at times, can speak louder than words. Rodaz and his cast accomplish this while ensuring that the production doesn’t drag.

There’s a hint of Chekhov in Baker’s characters through their despair and longing. In “Circle Mirror Transformation,” there’s also a suggestion of Wilder in the suggestion that life, in its ordinariness and routine, is precious and short.

The passage of time is keenly felt in this comic-drama. The play is comprised of short, pithy scenes that often end during tense, troubling moments with the lights dimming into blackness. The slow fade to blackness reinforces the bleakness of the characters’ situations and their sense of isolation, despair or anger.

Titles on a video projector indicate how much time has elapsed since the acting class began. “Week 2,” for example, slowly disappears from the screen, to be replaced by “Week 3,” suggesting the passage of time.

None of this suggests a depressing play. There’s an ample supply of humor, some of it stemming from the seemingly weird theater exercises. But even as Lauren complains that the exercises aren’t lessons in how to act, instructor Marty (a free-spirited, charming, patient and compassionate Miriam Kulick) knows better. As any actor will tell you, the award winning performance you witness while attending a production is the culmination of hard work. That work includes breathing, counting and other exercises that seemingly have nothing to do with “acting” as we recognize it.

Marty might seem all cheerful and compassionate, but beneath that appearance lies a woman with issues. Kulick is equally adept at injecting pathos into the role.

One of the students in the group is James, her husband, and their relationship is suffering. Gil Kaufman excels in the role, with convincing exasperation and frustration etched into his face and emanating from his voice.

Sarah Melick, like Kulick, displays spunk and spirit as the energetic, positive Teresa, who also deftly conveys the character’s vulnerability.

The most troubled of this quintet appears to be Schultz, a recently-divorced, emotionally fragile carpenter. Carlos Orizondo brings a melancholic, brooding, intensely suffering aura to this troubled character. He speaks in grave tones at times – tones that worry you enough for you to strongly suggest he receive help beyond the class.

The costumes, designed by Maria Banda-Rodaz, range from the dark and plain to the light and colorful. As the play progresses, the clothes appear to get brighter, suggesting the characters’ moods have improved over the six-week course. One costume that stands out is worn by Marty. The headband and outfit she wears somehow reinforces the fact that she’s into, among other things, “nontraditional healing.”

John Rodaz, who also serves as lighting designer, helps create somber and light-hearted moods by lighting the stage, at turns, in bright and dark tones.

With the exception of a few blocking problems, Rodaz and his cast and crew demonstrate the company’s prowess through its powerful production of “Circle Mirror Transformation."

Baker can test the patience of theatergoers, with her silences and the manner in which she slowly develops her characters. Some of her plays are three-and-a-half hours long. “Circle Mirror Transformation” runs about two hours, including an intermission. At its core, it’s about a group of strangers coming to grips with their problems with the aid of drama therapy.