Covers Hamilton, The Flick and Desire 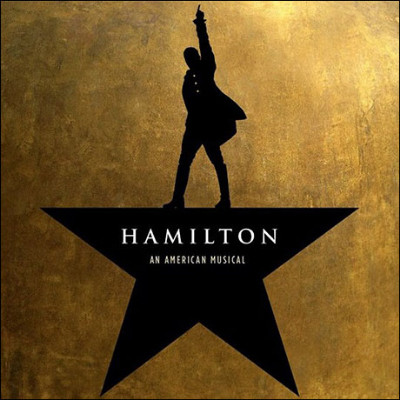 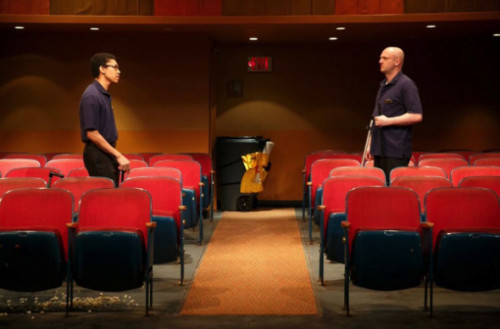 I spent a few days in New York recently, catching up on theater and museums. I’m mad about New York and love staying in the theater district, this time at the Hotel Edison on 47th, which made a cameo appearance in the film Birdman. I used to travel frequently to NY on business and I would stay at a hotel in midtown where others from my firm stayed. But I prefer to be in the theater district or on the upper west side. Both neighborhoods are convenient for public transit and offer interesting walking.

My primary goal for this trip was to see the play Hamilton, recently opened on Broadway after great success at the Public Theater in the Village. I bought my Hamilton ticket before I had a hotel room.

The three plays I saw are wildly different shows.

Hamilton, as you’ve probably read, is a hip-hop operetta about our Founding Fathers. It’s dazzling, frenetic and fantastic—with nonstop rap and hip-hop, as well as homages to R&B, Broadway and Gilbert & Sullivan. Hamilton gives audiences a refresher on the early days of our country and insights into the personalities of the founders. It’s at the Richard Rodgers Theatre on 46th, conveniently around the corner from my hotel.

The Flick by Annie Baker is a play about three losers who work in an old movie theater that might be sold and converted to digital projection. This only bothers one of the three. It’s being staged at the Barrow Street Theatre in the Village. This play charmed and confounded me. Its use of time as a dramatic element is both naturalistic and maddening.

Desire is six short plays by six playwrights, drawn from stories by Tennessee Williams. As with other such compilations, not all are entirely successful, but they all demonstrate Williams’ connection to emotion and desire. The title could not be more appropriate. Desire just opened at 59E59, a theater operated by the Actors Company, just south of Columbus Circle.

Hamilton is loaded with historic detail woven into the pulsating beat of hip-hop, rap and other rhythms, and costumed in colonial style. The cast is almost entirely people of color—mostly African-Americans and Hispanics. This is not “blind casting,” where parts are interchangeable between actors of different races. To me, the casting sends a very specific message. The director (Thomas Kail) didn’t avoid casting white actors because white folks don’t have rhythm. In a summer when Black Lives Matter enough to become a hashtag, Hamilton demonstrates the importance of the outsider in our history. The key roles of Hamilton, Washington, Jefferson, Madison and Burr are not white dudes with powdered wigs, but dynamic, charismatic men of color. (By the way, women play several key roles (not the main political roles) and they are in uniform as Colonial soldiers as well as dancers.)

The genius who wrote book, music and lyrics—and stars as Alexander Hamilton—is Lin-Manuel Miranda, an artist of Puerto Rican background and political origins. (His father is a political consultant to New York mayors.) Miranda is a guy who went on a beach vacation to Mexico with his wife, read Ron Chernow’s doorstop biography of Hamilton, and was inspired by his achievements and outsider persona. He decided that the orphan immigrant might be a great subject for theater.

Aaron Burr (played by Leslie Odom Jr.) serves as narrator for the story. Ironic, since he’s the man who kills Hamilton in a duel. In his opening, Burr raps,

How does a bastard
Orphan
Son of a whore and
A Scotsman
Dropped in
The middle of a forgotten
Spot in
The Caribbean by Providence
Impoverished
In squalor
Grow up to be a hero and a scholar?

Daveed Diggs plays Jefferson as a boogie-woogie guy, returned from Paris after the Revolutionary War to sing, “What’d I Miss.” One of my favorite scenes is a rap battle during a Cabinet meeting. Washington (Christopher Jackson) passes a mic back and forth between Jefferson and Hamilton as they argue Hamilton’s plan to establish a national bank and assume state debt. At one point, Jefferson raps, “Look, when Britain taxed our tea, we got frisky. Imagine what can happen when you try to tax our whiskey.” And Hamilton replies, “Thomas, that was a real nice declaration. Welcome to the present. We’re running a real nation.” And later, Hamilton raps, “And another thing, Mr. Age of Enlightenment, don’t lecture me about the war, you didn’t fight in it.”

I’m afraid I’m beginning to sound like a fangirl for Hamilton and Mr. Miranda. And I guess I am. I can’t wait to get back to New York and see the play again. And right here and now, I’m predicting that the MacArthur Foundation will award Miranda one of their genius grants. It’s inevitable. He’s making American history come alive for a new generation and illuminating it in a new light for all of us.

Here’s a video of one of the first Hamiltonian appearances by Miranda at the White House in 2009, when he was thinking about a concept album about Hamilton.

Yes, Hamilton really as good as its hype. As Ben Brantley said in the New York Times when he reviewed it for a second time, “this brave new show about America’s founding fathers has been given the kind of worshipful press usually reserved for the appearances of once-in-a-lifetime comets or the births of little royal celebrities.” And it deserves it. And this from a theater writer who has said innumerable times that she hates musicals. But I make exceptions.

Nothing much happens in The Flick and whatever happens, happens in silence. It’s odd or brilliant or maybe both. It’s funny and sad and heart-rending. And authentic. The play won a Pulitzer Prize last year for playwright Annie Baker. It runs 3 hours and 10 minutes, a half hour longer than Hamilton, and my first thought was that it could be compressed into a 90-minute one-act. (It can’t.) Its length is due to the long, seemingly directionless conversations by underpaid movie theater workers sweeping up popcorn after the show or hanging out afterwards. A comment by one is followed by a long pause before the other responds. There are long periods of silence when we hear projector noises and a film starts. (Playwrights Horizons, the first theater that staged The Flick, had to deal with subscriber revolt about the play. And when I saw it last week, a noticeable number of seats were empty after intermission.)

The very clever scene design is the seating area of a grungy old theater, with the projection booth above. We the audience see the play from the perspective of the theater screen.

During act one, I was getting impatient with the lack of plot and direction, to say nothing of the long, however purposeful, pauses. But in act two, I began to see the three as people stuck in dead-end lives who might have a chance at happiness. Or not. Who might see love requited. Or not. Who might do the right thing for a friend. Or not.

Sam is a 30-something who has never done much with his life but yearns to be promoted to projectionist. Rose, the projectionist, is a young woman in shapeless clothes and uncertain sexuality. The character who may in fact have a life ahead of him is Avery, a geeky cinephile with emotional problems. He at least has a family with means and he’ll go back to college.

The Flick is certainly a play for film fans. The debates about the differences between celluloid and digital projection and the cinema six-degrees-of-separation game played by Sam and Avery can really be appreciated by film geeks.

If I were reviewing The Flick, I would be torn between 2, 3 and 4 stars. Did I love it, like it or hate it? I’ll get a chance to decide because Steppenwolf Theatre is staging The Flick next March and I’ll review it. I look forward to seeing it again and talking about it with friends.

Tennessee Williams was a prolific writer (kind of like A. Hamilton, who wrote 51 of the 85 Federalist Papers). I’ve seen compilations of his work before. The Hypocrites staged the Tennessee Williams Project last year, with three short plays produced in one of their last productions before they moved from the Chopin Theatre a few blocks north to the Den Theatre. In New Orleans last March, I saw a delightful version of Williams’ Hotel Plays, short plays staged in different rooms of an old French Quarter mansion.

Desire is made up of six plays by six eminent playwrights adapted from Williams’ short stories, some of them merely fragments.

Beth Henley’s play, The Resemblance Between a Violin Case and a Coffin, follows Williams’ story fairly closely, while John Guare’s You Lied to Me About Centralia takes a different perspective on an old story. Williams transformed “Portrait of a Girl in Glass” into his masterpiece, The Glass Menagerie. Guare’s playlet focuses on the aftermath of the dinner attended by Tom’s friend, Jim, who describes the evening with Amanda, Tom and Laura to his fiancée.

Rebecca Gilman’s play, The Field of Blue Children, set in the present on a college campus, is the story of a sorority girl who is interested in poetry—and a poet. The scenes featuring the sorority sisters are hilarious.

Nine actors play all the roles in the six plays. One actor in particular—Derek Smith—plays three quite different roles superbly.

Desire just opened to mixed reviews. But I thought it was more successful than not. Only one of the plays—Tent Worms by Elizabeth Egloff—was a weak story with a weak ending.