By Sarah Ruhl at Pear Theatre 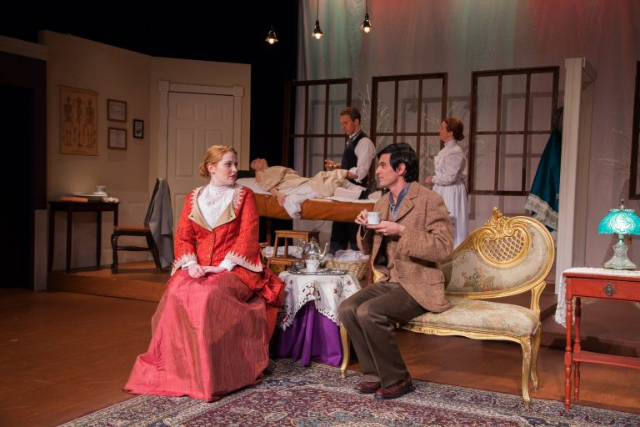 All photos by Michael Craig. 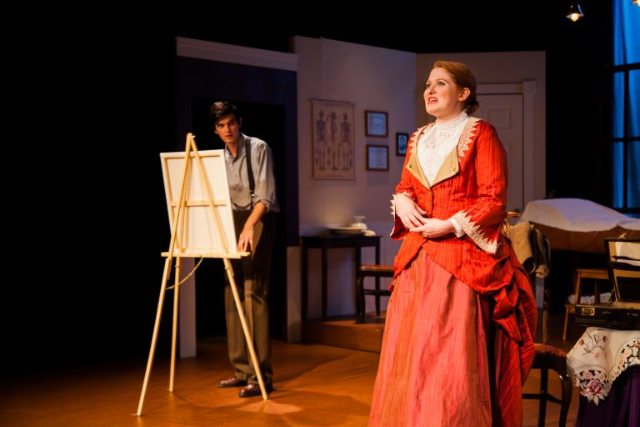 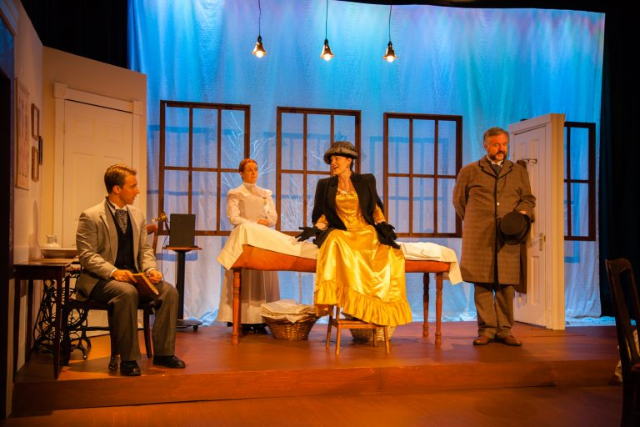 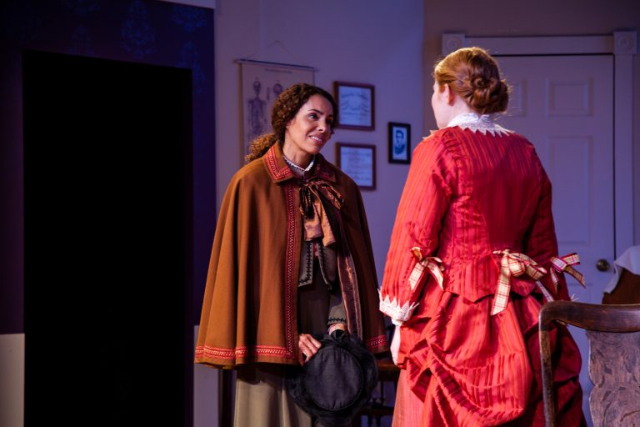 “That’s the lovely thing about men, there’s no guesswork involved when it comes to arousal.” from An Uncommon Whore, by Belinda McBride.

Technology researcher Dr. Rachel P. Maines found women’s magazines of that period that advertised electrical vibrators suggesting that their use was to combat hysteria, a vague diagnosis that was applied to women who suffered from feminine malaise of any form. The womb was hypothesized as the source of hysteria, and by creating paroxysm (read: orgasm), the causative fluids were flushed from the system. Whoa!

The playwright’s fictional narrative draws on Maine’s work, and in the play, Dr. Givings, a physician and researcher, has invented an instrument to stimulate the vexing area. But while he sees the immediate reaction and results as well as the longer term improvement in his patients’ conditions by applying the device, he fails to connect with the ennui of Catherine, his wife. Beset with other challenges to her womanhood as well, her milk proves inadequate for their baby, and she must hire a wet nurse. Through this deficiency, Ruhl investigates another aspect of “how we separate out bodily functions and labor and love.”

“In the Next Room” explores change, and how technology brings it about. In addition to the impact revealed by use of a newly developed personal appliance, it touches on the profound macro consequences of the coming of electricity. Anyone alive now was born into the era of electricity, and with rare exception, we wouldn’t look at the previous unelectrified world as preferred. Although we might agree with the romanticism expressed in the play’s dialogue that “light without a flame is like sex with a prostitute.”

Though there is much sexual stimulation along the way, Ruhl’s script and Caroline Clark’s direction keep the tone of the action from reaching the bounds of prurience, and the production can be enjoyed for its wit and its insights into the yearnings of the human mind and body. Each characters searches and yearns for something missing – for love, for respect, or in the words of Catherine, “doesn’t everyone want to be seen?”. Most characters seem to have their antennae attuned to new intimate associations, and we empathize with their lacking.

All of this occurs in the context of Victorian society that is well depicted. Norm Beamer and Caroline Clark’s beautiful two room set looks the period and allows two separate actions to occur simultaneously. Back stage, the snow white outdoors adds a nice touch, and the Kedar Lawrence’s lighting of snow flocked trees and the whole of the scenery is striking and adept. Kathleen O’Brien’s costumes not only look the part externally, but in the many disrobings down to the long undergarments, the audience appreciates their genuineness by the effort – and time – they take to remove. The cast serves the script well. Each actor is well suited to the role.

Posted by Victor Cordell and For All Events.