On Site Opera Focuses on Dinosaurs 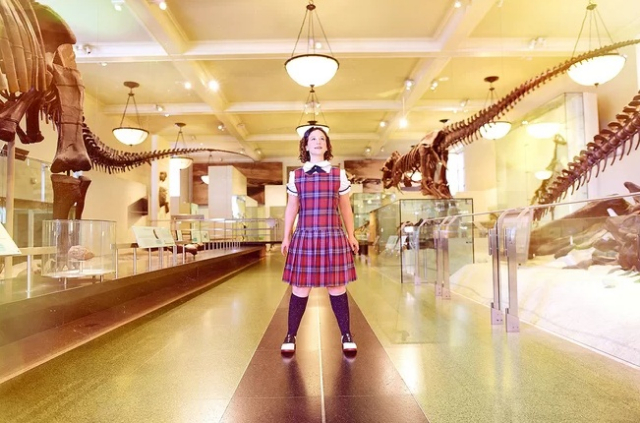 Rhoda and the Dinosaurs 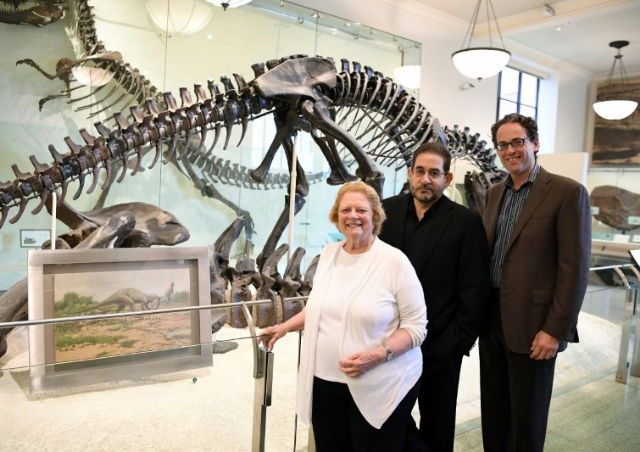 If you are asked what’s the most exciting character you can think of, perhaps the answer is dinosaurs. From there it’s just a short leap to the creation of an opera about them. This works if you want a new audience that says their second favorite event is an opera.

On Site Opera has co-commissioned Rhoda and the Fossil Hunt with Lyric Opera of Chicago and Pittsburgh Opera. For three weeks on weekends, the Hall of Saurischian Dinosaurs is a performance space. Audience members gather under T-Rex.

Rhoda is sung by Jennifer Zetlan, who is perfectly cast in the role, a Judy Garland-Dorothy figure perfect for opera goers of all ages, including opera’s core audience of Somewhere Over the Rainbow fans.

Zetlan has been rightly praised for her roles in Nico Muhly's Dark Sisters, and the recent New York Philharmonic presentation of Das Rheingold. Her voice is lovely, and phrasing perfect, yet she has that perfect edge to penetrate a large space like the Dinosaur Hall in the American Museum of Natural History.

Moving about the space, where the real Rhoda's father worked as an artist capturing the images of dinosaurs which still hang on the Museum's walls, Rhoda interacts with the audience. She describes a dig for new bones and wish to draw them.

Robert Orth and Patrick Cook, baritone and tenor, sing the roles of Rhoda's artist grandfather and the director of the museum with panache.

On Site has presented in an elegant club in Manhattan. There two consummate sopranos flew through the perfectly set tables where audience members sat.  They have gone into a garden for Mozart's early opera Secret Gardener.  Where will they go next? Perhaps a tenement and synagogue in the lower East side for a look at the Triangle Fire in opera form.  You can visit every set of Verdi's Tosca in Rome.  Why can't New York, rich in opera location possibilities, be a home for naturally-occurring opera sets?  Incidentally, dramatic settings are provided at very low cost. Watch for On Site at your favorite neighborhood venue.  It's sure to arrive sooner or later.